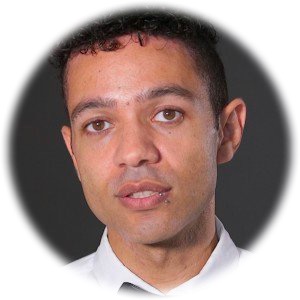 A Master College Admissions Counselor at IvyWise, Scott has been helping IvyWise students learn about and apply to schools all over the US. He previously served as an Assistant Director of Admissions at Yale University. Scott has an undergraduate degree from Yale University and an MPA in Nonprofit Management and Policy Analysis from New York University. We asked Scott some questions about his education and admissions history, his work with education reform in South Africa, and we put him on the spot with some of this year’s college application questions.

What was the subject of your college application essay and why did you choose that topic?
I wrote about theatre and a service project I was involved in. I can’t really remember which was my personal statement and which was my activity essay. I chose those topics because they said a lot about me. A reader who didn’t know me could finish either and get a good sense of what mattered to me and what my ambitions were. Acting had done a lot to bring me out of my shell and make me comfortable with myself. The service project I was involved in was a tangible way in which I was putting others before myself and living my spoken values of service. In high school, I spent every Friday evening at a shelter for battered women and children. There was one particular child and his mother with whom I interacted regularly as they worked to put their lives back together. I remember that as a first time I learned the value of working towards something bigger than myself or my own wants. Their situation did a lot to put my own blessings into perspective.

What is the most valuable thing you learned about the college admissions process while working as Assistant Director of Admission at Yale University?
Mostly that people overcomplicate it. Good planning and a thoughtful approach are really 90% of what a student needs. It’s pretty shocking how often students don’t follow directions or apply to schools that a little research would have revealed are not a match for the student.

When you were a senior in high school, what did you see yourself being when you “grew up”?
I had gone to schools for the arts throughout my childhood and into high school and really thought I’d pursue acting. But I also really liked the idea of being an educator or lawyer. I figured I’d have a more conventional profession to fall back on, but spend most of my time pursuing acting.

You are the founder and Executive Director of a non-profit that focuses on education reform in South Africa. Tell us about Amandla and your goals for the organization.
Amandla is an initiative I started to finally connect the dots between all the facets we know affect a child’s ability to learn. I had gone to South Africa just to explore and spent time learning about the failing education system, including why the majority of people hadn’t improved significantly since the end of apartheid. So many of the issues were similar to those in the US, but there was more political will to make changes there. To solve a complex problem like education, piecemeal efforts can’t work, so I decided to think about how to solve the problem and not just ameliorate things. I was surprised at how many people were open to working with a foreigner, and I just dug my heels in to work. I didn’t expect to be moving there and starting an organization, but it became necessary to go big or go home.

Amandla’s goal is to create a completely equitable, high quality education system in South Africa, in which all have equal opportunity to achieve their highest potential. Quality teaching and school leadership are key ingredients in a young person’s education, but if the circumstances a child lives in outside the school are an obstacle, very little inside the school will be effective. But how does one connect things as disparate as teacher training to adequate housing, nutrition, or quality healthcare?

Amandla brings community stakeholders from across sectors together to align their efforts around a common vision for their children’s success… For example, if gang violence is extremely high in a community, the opportunity to learn is lower, and the teachers need to know what their students face when they leave school. Solutions might include safe spaces to study, more policing, or after-school activities to keep students away from gangs. Or if housing is inadequate and many homes don’t have electricity, maybe teachers need to alter the curriculum to cover most of the material in class rather than assigning a heavy homework load that the students won’t be able to complete.

Essentially, we’re trying to develop and improve communities with education as a central vehicle. The key is that Amandla manages this process without asking the groups involved to do anything other than what they already do. We don’t expect an after-school soccer club to take on issues of school governance. But we can communicate the soccer coach’s knowledge to a teacher who may need to know it to better help a student.

What’s the best piece of advice you’ve ever received? What’s the best advice that you could give to someone?
Control is an illusion… Living life with that expectation relieves the stress of trying to “get it right.”

If you could trade places with any other person for a week, famous or not famous, living or dead, real or fictional, who would it be?
Judas Iscariot the week he betrayed Jesus.

Taking a cue from some of this year’s college applications:

Imagine you have to wear a costume for a year of your life. What would you pick? (asked by Brandeis University)
I hope it’s not offensive to say since it’s not a “costume” as such, but I’d be a white man. I think it would be an interesting experiment to experience a day-to-day free of certain types of discrimination. Barring that, I’d probably wear a swimming costume every day because I’ve never really liked wearing a shirt.

Your life is being made into a reality TV show. What will it be called? (asked by American University)
Serendipity or Expect the Unexpected

What is your favorite ride at the amusement park? (asked by Emory University)
Tower of Terror

To learn more about Scott, read his full biography.