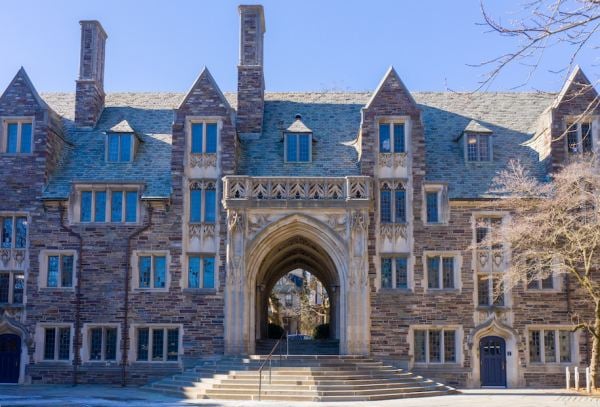 Seniors are finally graduating, and very soon some will attend colleges with alumni networks that are stronger than those of other schools. Throughout my time in college admissions, though, I’ve noticed a few colleges where graduates really go above and beyond to help one another out—an undoubtedly useful quality when students need help getting a foot in the door. Please note that these institutions are listed alphabetically, rather than by rank:

There’s a much-loved rumor among Middlebury students that their alumni have one of the highest rates (if not the highest rate) of inter-alumni marriage. In all fairness, though, they did have a head start. In 1883, Middlebury was one of the first colleges in New England to go co-ed. With one of the highest retention, graduation, and alumni giving rates among liberal arts colleges in the country, it is no surprise that the approximately 2,350 students who spend four years nestled in this hamlet just west of the Green Mountains get to know each other very well. The loyalty continues after graduation: Middlebury has one of the most active alumni Facebook groups.

If you are graduating from this Ivy League institution, you’ll be cheered on by a legion of alumni who go “back to Old Nassau” for their reunion just prior to commencement. Approximately 20,000 graduates return to campus not only to connect with one another, but also to help introduce the next generation of Princetonians to the world. Among parades (the P-rade, in particular) and parties that feature funky class jackets usually decorated in orange and black, there are a lot of opportunities for social and professional networking. It is no surprise that such a rich and enthusiastic tradition of celebrating their collegiate connection fosters loyalty among alumni. In 2008, Princeton reached an alumni giving rate of 60%, the highest in the country.

Spelman College/Morehouse College, Atlanta, GA
Although two distinct institutions, these historically black colleges have connections that are hard to ignore. Separated by Greensferry Avenue just west of downtown Atlanta, these colleges have fostered tight connections with each other because of their unique missions. Spelman is a college for women and Morehouse is a college for men. The single-sex approach to education certainly helps create continued loyalty and this camaraderie is not just limited to reunions that are scheduled concurrently. It continues online with joint-effort blogs and social networking sites. It is no surprise that graduates of both institutions can rely on “SpelHouse” to help in any endeavor they choose.

University of Southern California, Los Angeles, CA
Did you know that USC alumni are more likely to give to their alma mater than the alumni of Stanford, UCLA or UC-Berkeley are? With over 100 alumni organizations worldwide, Trojan alumni are able to take advantage of benefits that few institutions can match. Not only are alumni engaged in cheering on cardinal and gold at athletic competitions, but they also have access to scholarships, continuing education courses, and discounts on car rentals, hotels and homeowners insurance. USC alumni even have their own credit union! With the newly implemented ‘Trojans Hiring Trojans’ program, one can see why USC alumni want to give back to their alma mater.

University of Virginia, Charlottesville, VA
There is nothing like having your own traditional campus language to foster loyalty to your alma mater. When you walk the grounds (never call it a campus) of this historic institution, you’ll meet Wahoos (as opposed to Virginians) who are just as proud of their founder, Mr. Jefferson, and their honor code. And alumni loyalty is not confined only to homecoming; Cavaliers share their campus spirit in more than 100 UVaClubs around the world, particularly during ACC athletic competitions. With one of the highest alumni giving rates among public universities, four years in Charlottesville will make sure that you’ll always be cheering Wah-Hoo-Wah.

Wellesley College, Wellesley, MA
It’s not the oldest, largest, or even most selective among American women’s colleges, but Wellesley alumnae are certainly some of the most loyal. In fact, about 50% of the school’s graduates give back to their alma mater, one of the highest giving rates among women’s colleges. Because of its location outside of Boston, Wellesley students take care to distinguish themselves from other women who are attending nearby colleges. Like other Sister Schools, Wellesley students participate in traditions that connect them to their fellow students early on. One is Flower Sunday, where first-year students are paired with an upperclasswoman, referred to as their “big” sister, and given a bouquet of flowers before being escorted to the day’s festivities. These connections last a lifetime, as Secretaries of State Madeline Albright and Hillary Clinton can tell you.