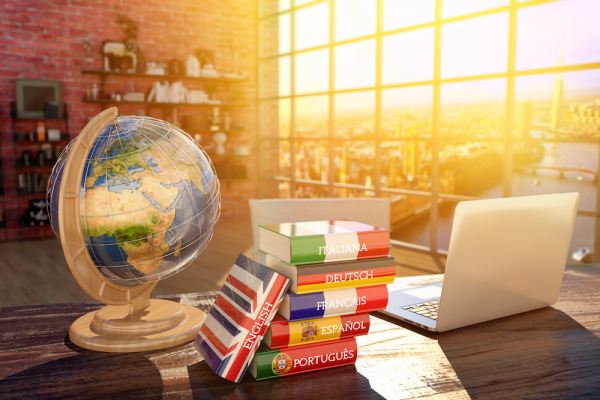 For students studying a foreign language, learning doesn’t have to stop just because class is no longer in session. In fact, summer break is the perfect opportunity to engage with a language more informally in order to continue to learn and develop language skills outside of the classroom.

Often, after a lot of classroom learning, a language learner will start overthinking the language, or get lost in the weeds and lose touch with the fundamentals of basic comprehension and expression. Taking time during summer break to continue to engage with the language in a more casual manner allows students to will leave class one year and then come back the next year with a renewed understanding of the language.

If you’re already conversationally fluent in a language and want to keep from getting rusty, there are plenty of resources to find native speakers to talk to, such as Tandem or any number of online communities. But there are also some additional steps that foreign language students can take to reinforce their fluency on top of whatever conversational practice they do.

Change the Language on Your Phone

One example of a tweak you can make in order to have more passive exposure to language is changing the language on your phone or on specific apps or platforms you use a lot. You’re probably so used to the UI on your phone or computer that, most of the time when you’re navigating Instagram in Spanish or French, you won’t even be thinking about the fact that you’re doing it in another language. This minor change helps you tap into a more naturalistic exposure to, and understanding of, a language than anything that would send you to a dictionary.

Apps aren’t the only menus this trick applies to. A video game, especially a familiar video game, is an even more immersive experience in your target language. Games are usually offered in a number of languages, and often games developed by high-budget studios are fully voice acted in 5-7 languages. Even if you aren’t at the level to understand the full text of a game, you can still get some language exposure by keeping the text in English and the spoken language in your target language. You might end up learning some words that are most useful in fantasy or sci-fi settings, but once you really learn a word or phrase, you’ll be surprised by how much it shows up.

Pretty much every Netflix original series is heavily regionalized, with subs and dubs in numerous languages. If you like something enough to watch it multiple times, try watching the dub with English subtitles first, then with subtitles in your target language, then just watch the dub with no subtitles.

Reinforce Vocabulary Through Context and Storytelling

Following a story is particularly helpful when learning and reinforcing vocabulary, since the words then exist in a broader context. In the first century BCE orator Marcus Tullius Cicero would construct a “mind palace” when he needed to recite a speech from memory. He would walk around his house so that by the end of his walk he would be finished with his speech. Then, when he recited his speech, he just imagined himself walking around his house. Adding structure and context is essential to memory. If you can’t find yourself recalling a specific word, ask yourself “where was it in that movie/game/book when that word or phrase showed up?”

This is why memorizing songs is so much better than spending the same amount of time sitting down with some flash cards (not that flash cards aren’t useful in their own way.) Songs have built-in mnemonics of rhyme and meter, and themes and stories one can follow as they recall the song. Songs allow a language learner to learn the language from native sources, and they allow the language learner to get a better sense of how certain turns of phrase are used, and how certain lexical sets (words and phrases) go together. Songs are so conducive to memorization that, as the works of Homer attest, they can preserve centuries-old vocabulary and grammar without even needing to be written down.

Comic books are also useful in following a narrative, especially because you have a lot of context to go on with the pictures, and they’re usually translated into a conversational, sometimes regional, style. Asterix the Gaul has translations in 29 different German dialects!

That’s the caveat associated with things like dubs, audiobooks, and other instances of a language intended for a mass-market audience: they will be in a very standardized mode of speech. So a good way to get exposure to conversational and regional language would be to listen to podcasts. A word of warning, though: regional dialects and casual speech will sound extremely fast and indistinct if you’re not used to them. To get used to it, passive listening is an essential tool. Don’t put too much effort into trying to understand it, and eventually your brain will learn to pick apart the words anyway.

If you aren’t at a level to tackle dialects yet, I recommend audiobooks in young adult literature. The language won’t be too complicated or erudite, and the narrator often goes at a reasonable speed. If it still feels too fast for you, you can always adjust the speed in whatever app you use.

So don’t see your summer break as  break from language learning where you won’t be studying as vigorously or effectively as usual. Instead, it’s important to realize that, while vigorous study is effective in the short term, target language habits you develop in your free time are more important in the long run.

At IvyWise, our tutors work with students throughout the school year and during summer break to help students achieve their academic and personal goals – including mastering their foreign language skills. If you’re looking to improve your understanding of a foreign language this summer as part of your preparation for the next school year, contact us today for more information on our tutoring services.