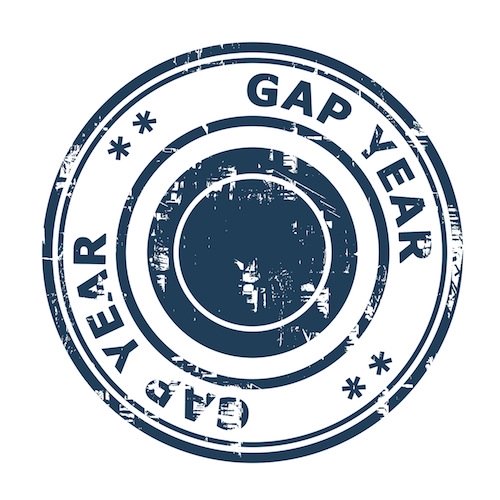 The Ins and Outs of the School-Sponsored Gap Year

A common concern among newly matriculated college students is that the rapid transition from high school to college life can be disorienting, jarring, and counterintuitive to the idea that college is the gateway to the “Real World.” After all, most high school students haven’t had the chance to explore all of the major and career options available to them because they’ve been busy, well, being high school students.

Gap years are one solution to this problem, but, while popular in Europe, they tend to have a less-than-favorable reputation in the US. They’re oftentimes seen as a method of postponing the inevitable, or only applicable to students with less than stellar academics. Despite their reputation, there’s no denying that for some students, gap years are the best option.

According to the American Gap Association, a federally recognized organization dedicated to the quality control of American students’ gap years, 60% of gap year participants felt that the experience helped elucidate their future career paths—and nowadays, the numbers are on the rise.

Getting out of the stressful high school bubble can be a nearly impossible task. Thankfully, there’s been a new trend surfacing among the nation’s top universities that’s been designed to remedy this problem: the school-sponsored gap year.

Institutions for higher learning like Tufts, Yale, Princeton, and UNC Chapel Hill are beginning offer fully funded gap year programs for admitted students. These programs aim to take incoming first-years to various locales so that they can experience living in new environment before starting their academic careers.

The Tufts 1+4 program made waves on NBC News and is slated to begin running in the fall of 2015.  The program is need-blind, and really focuses on making a national or international gap year affordable for all students, even those coming from low-income households. It’s a program that’s perfect for a school that’s as dedicated to accessibility as Tufts University. Even the application is simple: students interested in the program just have to write one application essay in addition to their preexisting Tufts application.

Princeton University’s Bridge Year Program chooses to focus on international community service. Taking place in countries such as Brazil, Senegal, and China, incoming first-years who are accepted to the Bridge Year Program are given a primer in the language and culture of the location of their choice. Students live with selected families and are encouraged to forge relationships not only with other Princeton students, but also with the native inhabitants they encounter over the course of the program.

American universities are beginning to recognize the legitimacy of the gap year. Gap years are no longer thought of as lazy breaks from school and work responsibilities—they’ve evolved into tools that actually provide directionality for students who employ them. These universities are beginning to address the questions of affordability and usefulness that are associated with gap years—and that’s a trend that’s definitely a step in the right direction.