The Truth About Affirmative Action for Men 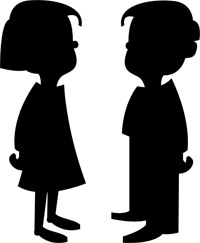 In 2006, Kenyon College’s Dean of Admissions, Jennifer Delahunty Britz, wrote a New York Times editorial apologizing “To All The Girls I’ve Rejected”—those female Kenyon applicants who were denied admission in favor of what are now considered rare and valuable male applicants.

Since then, the ratio of female students in applicant pools has only gotten bigger. A recent article on NYTimes.com stated that for every 100 American women enrolled in college, there are only 77 men. With colleges becoming increasingly concerned about gender balance on campus, has this really led to preferential treatment for men?

The Dilemma of Balance

Generally, there are more female applicants than male applicants applying each year to the colleges and universities around the United States. Plus, individual schools within a college usually have a higher ratio of female to male applicants. To maintain a gender balance on campus, admissions officers must admit a balanced ratio of women and men. With a more limited pool of male applicants to draw from though, some schools are admitting male applicants over women who have higher test scores, higher GPAs, or more extracurricular achievements. Parents of qualified female applicants have cried out in protest—is maintaining an even ratio really worth rejecting their daughters? Schools seem to think so, and many have claimed that when a college becomes too heavily saturated with one gender, both male and female students begin to apply elsewhere.

However, many experts claim that though the gender imbalance affects students’ social lives, it doesn’t impact their academic experience—the primary reason they’re at college. In fact, the research of one UCLA professor showed that on campuses with a majority of female students, the grades of both men and women were higher.

Which is exactly what happened at Dickinson College. After a successful campaign to attract more male applicants by emphasizing its sports and science and business curricula, Dickinson’s total applicant pool grew. As a result, Dickinson was able to be more selective about its admitted class. The academic quality of the student body rose, as did average SAT scores (high school males tend to score slightly higher on the SAT).

Gender Imbalance Depends on the School

Highly selective institutions like Stanford, Harvard, Yale and Princeton do not lack qualified male applicants, simply because their applicant pools are so massive. As a result, their admitted classes balance themselves without sacrificing the quality of students. However, of those schools, Yale has the widest disparity. In 2007 they offered acceptance letters to 9.8 percent of men and 7.5 percent of women, despite there being more female applicants. Yale however, says that gender holds no weight in the admissions process. Harvard, on the other hand, has seen more male than female applicants in the past few years, and since 1973 (the year they went co-ed), has had a gender-blind admissions policy.

Public institutions also remain mostly unaffected. In 1992, Title IX was signed into law, stipulating that public institutions cannot discriminate by gender, and that includes everything from sports to admissions.

Schools that do tend to admit a greater percentage of male applicants include historically female schools like University of Richmond, Vassar, Skidmore, and liberal arts schools like Pomona, Swarthmore, and the College of William and Mary.

What Colleges Are Saying

Yale University:
“We make no explicit effort of any kind, whether before, during or at the close of the selection process to influence or adjust the overall gender ratio of the students we admit.”
– Dean of Admissions Jeff Brenzel, written statement quoted in the Yale Daily News

Brown University:
“There’s no expectation were going to have a quota or balanced gender in the college. No one has ever said to me … ‘we need to be fifty-fifty.’”
– Dean of Admissions James Miller, in the Brown Spectator

Williams College:
“If we got to 60–40, that would set off some alarm bells because we would like to have a 50–50 split.”
– Admissions Director Richard Nesbitt, in The Weekly Standard

University of Richmond:
“The board of trustees has said that the admissions office can go as far as 55-45 [Women to men]. Male and female applicants to the school have test scores that are virtually the same. Was their [male applicants’] high school GPA a little lower? Perhaps.”
–Senior Associate Director of Admissions Marilyn Hesser, on CBS News

How You Can Use This To Your Advantage

Expand your college list: look beyond small liberal arts colleges. A college counselor can suggest schools where the ratio is in your favor. For example, in 2007 the acceptance rate at MIT was nearly 26 percent for women and 10 percent for men. Though females who apply to MIT tend to be extremely strong candidates, if you’re interested in science, math or engineering you might have a better shot than you think at getting into that highly selective school.

Mind your major: research schools to find their newest majors, minors, or study-abroad programs. Express interest—colleges may be recruiting participants specifically for these programs.

Use your application: lots of demographic factors can be oversaturated in application pools, so use your essays to show how you’re unique. Personal stories or an individual writing style can remind them you’re more than just another girl.

Remind them you’re a guy: attaching a photo to your application can remind the admissions team that you’re part of a valued demographic.

Expand your college list: look to schools that were historically female or liberal arts colleges, and see if they have majors/programs that interest you. Many of these colleges are eager to enroll more male students.

Learn from the ladies: there are more qualified females in application pools because girls tend to commit to activities, demonstrate leadership, and begin their college search and applications earlier. Ryan Munce, vice president of the National Research Center for College and University Admissions says, “If [Yale’s] numbers say anything, it is that there are more female students that are willing to go through the work of applying to Yale as a reach school than there are men that are willing to take that risk,” So guys, take note and do the same!