How to Decide Between the ACT and SAT 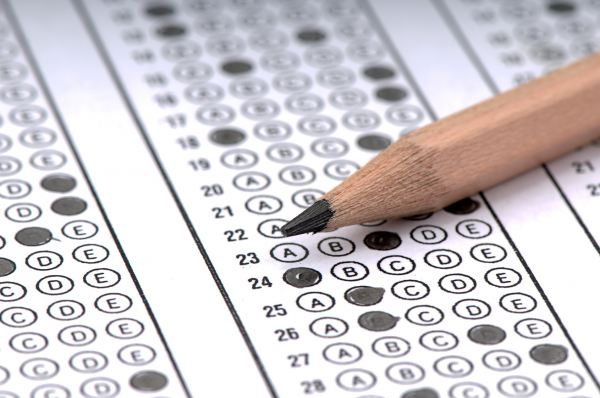 If you are planning to apply to a college or university in the US, chances are you’re going to have to take either the ACT or the SAT. At IvyWise we advise students to prep for one test – not both. So how do you decide which one is the best-fit for you?

Both the ACT and the SAT were originally designed to be more logic-based in order to even the playing field for students who may not have had the privilege or opportunity to go to the most prestigious or academically rigorous schools. Even though neither was originally intended to be the kind of test one can study for, both very much can be studied for and we encourage students to prepare for the exam that’s the best-fit for their abilities. While these standardized college admission tests aren’t perfect, they are a major component of the US college admissions process.

For many decades, the choice between the SAT and the ACT was considered a regional thing, with the SAT more popular on the coasts, the ACT in the West and especially the Midwest. Now, any institution that accepts the SAT will accept the ACT, and vice-versa. This makes the choice between the SAT and the ACT completely a matter of preference for the test-taker, especially in light of the recent news that starting in 2020 the ACT will allow students to retake individual sections of the exam, rather than the entire test, in order to improve their score on that particular section. Deciding which exam to take involves understanding the differences between the two and, ultimately, actually taking a diagnostic of each.

Understand the Format of Each

Both tests have two verbal sections: one on reading comprehension, the other on grammar. The grammar section is called Writing on the SAT and English on the ACT. It is generally harder to raise the score of the verbal section of each test, especially in the grammar sections. Students taking math classes will usually encounter all the math they need for the tests by junior year – though the math is applied differently on each test compared to the classroom. Formal grammar, on the other hand, is rarely taught in English classes, and to score well on the grammar section, you’ll need to do thing like parse different types of clauses fairly quickly. Practice will help with this, but a student who is an avid reader in their free time will have a serious advantage over a student who isn’t. If you can work your way through a couple Jane Austen books, you stand a much better chance of understanding the reading comprehension sections. Out of all authors to appear on the tests, Austen appears the most often.

The greatest difference in the format of the tests are how they handle math and science. The ACT has one long math section that allows for the use of a calculator; the SAT has a “no calculator” section that emphasizes skills such as graphing, geometry, and abstract algebra over complex arithmetic. The ACT is more likely to combine conceptual and arithmetical questions together, though both tests have a similar “floor” and “ceiling” when it comes to the actual difficulty of their math questions. I would recommend the ACT to students who have difficulty with mental math but no calculator accommodations for their test.

Often, more STEM-oriented students are drawn to the ACT, since the ACT’s other major deviation from the SAT is its dedicated science section. The SAT has one dedicated science passage within its reading section, with some scientific visual such as a chart or a table to interpret. The ACT’s science section is much more in-depth, with 40 questions, 6-7 studies, and much more visual data. The studies themselves are a little harder to wrap your head around, too. One of the main pitfalls of the science section is that it’s not necessarily based on actual science. The studies are hypothetical and previous knowledge of a certain topic can interfere with getting a correct answer. Students who excel at science might not get a perfect score, and some students who aren’t the best in science class might score well. The science section is fundamentally a reading comprehension section, it just tests on the kind of reading comprehension that you learn reading and writing labs in science class.

While a tutor certainly helps teach the verbal, mathematical, and reasoning skills required for the tests, it is equally important to learn the tone of the individual test in order to “get into the head” of the test maker. This is the only way you can understand exactly what responses the test makers are trying to elicit from the test taker. For example: a question in one of the grammar sections offers multiple possible “corrections,” but each one seems to be grammatically correct. This is usually very confusing to students just beginning test prep, even ones who have a strong grasp of grammar. Most students will assume that there must be a grammar mistake somewhere and will pick an answer almost at random. With practice, however, students will immediately recognize the question as a “concision question.” The solution is to pick the shortest and most naturally phrased option out of all the grammatically correct choices.

One of the biggest struggles for test-takers isn’t necessarily the content of each test but in fact actually completing the sections in the time allotted. This is something that takes practice and should be part of students’ test prep strategy. However, it is important to keep in mind that the ACT overall presents more of a time crunch. The SAT has 154 questions over the course of its 3 hours; the ACT has 215 in 2:55. The ACT math section is especially a time crunch compared to the SAT, with 60 questions in 60 minutes, versus the SAT’s 20 no-calculator and 38 calculator questions in a combined 80 minutes.

Consider the Essays
The SAT and the ACT both have optional essay sections. I recommend students attempt these sections as well, since some schools do require or recommend them. The ACT essay prompt asks the student to make an argument about a specific topic in 40 minutes. The SAT essay is 50 minutes and it asks the student to read one or two passages and then analyze the arguments within. A strong writer will, of course, have an advantage in these sections. Students should practice the essay section once or twice with good feedback but working on general essay writing skills translates well to the tests. A tutor is very helpful in this area in particular.

Overall, I would say that the ACT essay is more approachable than the SAT essay. High school students tend to be better at making general arguments with sweeping ideas than they are at staying on task to the point where they can adequately analyze someone else’s argument. It is also generally more rewarding to put down one’s own ideas than it is to pick apart someone else’s on a specific subject.

Resources
The last major difference in the tests is study resource availability. The SAT runs a larger business, so you’ll find a lot of secondary resources and study guides for it. The ACT has plenty of these as well, but not quite as many. However, the ACT does have more previous tests to draw upon, since the SAT has recently changed format. At IvyWise, we use real tests in the testing sequence to measure a student’s progress. This leaves only a few real SATs to practice with, but many ACTs, and the actual distributed test is the best to practice with.

Take a Diagnostic of Each
I can’t stress this enough: When you are choosing between the tests, you must take a diagnostic of each. Many students will decide immediately which one they prefer after taking both tests, but diagnostics can also help tutors make recommendations based on students’ performance and their areas of improvement. Personal preference, however, is still important since one of the most important parts of prepping is taking many, many practice tests. Any affinity the test-taker might have for one test over another will translate to improved motivation during the prep and practice process.

While there are a number of colleges and universities throughout the US going test-optional, overall, both the SAT and the ACT are here to stay. When I was in high school taking both tests, I doubted their usefulness. Now that I’m teaching them, I can better appreciate the surprising amount of reasoning they can draw out from students in their multiple-choice format. While no test is perfect, students do have the agency to pick between two competing tests – giving them the best chance of reaching their goal scores on the exam that’s the best-fit for them.

Deciding between the SAT or ACT is no easy task. At IvyWise we offer a comprehensive diagnostic called the SAT/ACT Challenge which helps our expert tutors make a recommendation for which exam students should take. Contact us today for more information on our test prep services and how to set up an SAT/ACT diagnostic.