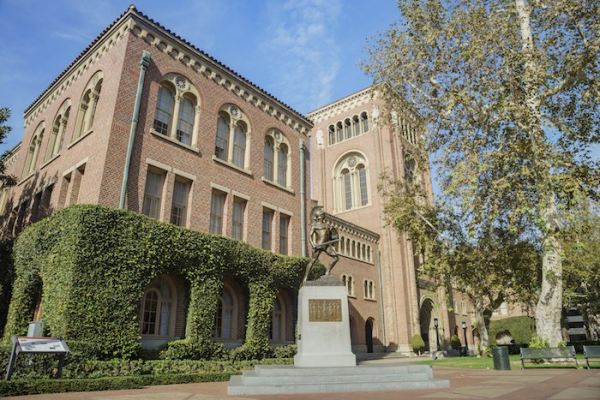 James Cameron’s Avatar recently became the highest grossing film of all time. With its stunning 3D graphics and intense IMAX experience, this movie has pioneered new action-adventure ground. If you just can’t get enough of Avatar, IvyWise can help. As far as I know, there are no human universities on Pandora, so the expert counselors at IvyWise and I have created a list of schools here on Earth that might keep you immersed in the beautiful world of the Na’vi.

The University of Hawai’i, Oahu, HI

The cast and crew of Avatar found some of their inspiration for the setting of Pandora, the film’s mythical moon, in tropical Hawaii. Pandora’s environment mimics some of the natural splendor located close to the University of Hawai’i at Manoa, and students have the opportunity to take full advantage of it. This public university is home to the only tropical arboretum in the U.S., as well as one of the country’s oldest aquariums. The university is particularly known for its programs in Languages, Asian and Pacific Studies, and it recently created the unique Hawai‘inuiakea, the School of Hawaiian knowledge. UH also has a newly established marine biology program, where participating students have access to multiple waterfront research facilities. They can even swim with dolphins as part of the university’s partnership with Dolphin Quest Oahu. When students aren’t in the lab or hitting the books, they’re exploring nearby areas like the famous Waikiki Beach and Diamond Head State Monument.

University of Southern California, Los Angeles, CA
Believe it or not, James Cameron did not attend film school. Instead he studied physics at California State University, Fullerton. While there, Cameron would visit the extensive film archives and libraries of the University of Southern California (USC) to read up on special effects. His connection to the university put him in touch with Paul Frommer, a USC professor and the linguist who created the Na’vi language in Avatar. This private university not only has a great linguistics department, it also excels in business, communications, art, and engineering. Students who meet additional criteria may also enroll in the honors college, known as the “Thematic Option,” which offers courses that integrate disciplines such as history, literature, and political science. To take a break from studying USC students get involved in extracurriculars, like the marching band, the Spirit of Troy, which has been featured on award shows, in the movies, and on hit records. There are many other opportunities for students to show their creativity as well. USC is home to the School of Cinematic Arts, the first school in the nation to offer an undergraduate degree in film. Some of the great names in American cinema attended USC, including Ron Howard, George Lucas, John Wayne, and Robert Zemeckis.

Johns Hopkins University, Baltimore, MD
In Avatar, Jake Sully controls an alien body using his mind. While this won’t be a reality anytime in the near future, researchers are working diligently to allow humans control over other types of external representations, such as computer simulations or mechanical prostheses. One of the leaders in this technology, called Brain Computer Interface (BCI for short), is Johns Hopkins University in Baltimore, MD. Students working on BCI can be found in the biomedical engineering program at JHU, which is regularly ranked as one of the best in the nation. Undergraduates at this private university are able to focus their studies in one of four areas: Systems Biology, Cellular and Tissue Engineering, Computational Biology, and Sensors, Instrumentation, and Micro/Nanotechnology. When they’re not in the lab, students can enjoy the Baltimore Museum of Art, just blocks from the undergraduate campus, check out an Orioles baseball game or Ravens football game, or simply explore the surrounding city of Baltimore, known to the locals as Charm City.

California Institute of the Arts, Valencia, CA
If you’re interested in learning how to create some of the scenes from Avatar, you’re going to need training in film techniques and visual effects. The California Institute of the Arts (CalArts) features several programs in animation and film techniques, including a program in experimental animation that might help you hone your skills for any potential Avatar sequels. Furthermore, students enrolled in any program at this private institute are able to take courses at the Computer Animation Lab, which focuses on computer generated imagery (CGI) and character animation. CalArts is located just outside of Los Angeles, which gives students the opportunity to see Hollywood in action. Students can even screen their own works at CalArt’s Bijou Theater. Nickelodeon recently created a scholarship for students in the experimental animation and character animation programs, and several CalArts students have gone on to work for the studio, including the creator of SpongeBob SquarePants. Other notable alumni include director Tim Burton, and key figures at Pixar, John Lasseter, Pete Doctor and Ralph Eggleston.

University of Arizona, Tucson, AZ
Pandora, the home of the Na’vi, is located in the binary star system of Alpha Centauri, one of the closest systems to our own. Finding their galaxy isn’t difficult, as the stars Alpha Centauri A and B together constitute the third brightest star in our night sky. However, if you’re looking for more of an astronomical challenge, you may want to check out the University of Arizona, which has one of the top astronomy programs in the country. Researchers associated with this school recently discovered a planet over 200 light years away, based on analysis and prediction. The university is also host to the Steward Observatory Mirror Lab, which is producing mirrors for the next generation of telescopes. These new telescopes may allow astronomers to find an Earth-like planet, a planet that can hold life, or even an inhabited planet. Students at the University of Arizona aren’t always in the classroom or observatory—they live in beautiful Tucson, and students at this school are known their school spirit, particularly when it comes to basketball. The men’s team, the Wildcats, is consistently one of the top teams in the nation. In addition to having basketball stellar academics, basketball and school spirit the University of Arizona is the only college that has received the coveted A+ rating from College Prowler for its attractive student population.

Applying to college can feel a lot like tackling a Turok, but hopefully I’ve given you a few new schools to research as well as a new way to enjoy Avatar.