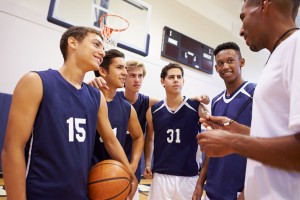 The Olympics may be over, but sports fervor is still going strong. March Madness has begun, which means that 65 Division I university basketball teams throughout the nation will compete for the national championship. Along with the expert counselors at IvyWise, we have compiled a list of schools to consider if you’re an avid fan of college basketball, and even if you’re not. Check them out!

Butler University, Indianapolis, IN
As the official host of this year’s Final Four games, this private university is the spot to be for the 2010 NCAA Championship. Butler University is located in downtown Indianapolis, close to the Lucas Oil Stadium, where the championship games will be played this year. Beating out rivals Notre Dame, Purdue, and Indiana University, the Butler Bulldogs are this decade’s most successful men’s basketball team in the state of Indiana. Off the court and in the classroom, Butler students get a boost from pre-professional programs like Pharmacy and Education, both of which average 100 percent job placement for graduates. Students interested in astronomy should note that the campus is home to the largest telescope in Indiana, housed at the Holcomb Observatory and Planetarium (for more information on astronomy, check out last month’s article on Schools to Find Your Avatar). Butler students can still find time to be social, and when it comes to extracurricular activities, they get involved in volunteer societies as well as Greek organizations (approximately a third of students are affiliated with either a sorority or fraternity). For off-campus fun, students can head to downtown Indianapolis or trendy Broad Ripple Village, both of which are only a few minutes drive away.

University of California Los Angeles, Los Angeles, CA
Having won 11 titles in the Final Four, the UCLA Bruins are often considered one of the Final Four darlings of NCAA Division I Men’s Basketball. The University of California—Los Angeles doesn’t excel just in basketball; across all sports, the Bruins have collectively won more NCAA team championships than any other university in the nation, which means this school is serious about athletics. In fact, UCLA students tend to be serious about nearly every facet of college life, from research to extracurricular activities to exploring the surrounding neighborhoods of Westwood and West L.A. Academics at this public university are top-notch, with strong programs in music, engineering, psychology, political science, and film & television. UCLA enrolls nearly 40,000 students, but the university takes steps to ensure that new students feel right at home with Freshman Clusters, a yearlong interdisciplinary seminar that brings students together in small learning communities. Famous alumni include Kareem Abdul-Jabbar, Francis Ford Coppola, and well-known AIDS researcher David Ho. Even the Internet got its start at UCLA, when in 1969 a team of researchers sent an “information packet” from a UCLA computer to the Stanford Research Institute.

University of North Carolina—Chapel Hill, Chapel Hill, NC
UNC—Chapel Hill is one half of one of the fiercest rivalries in all of sports, the Carolina-Duke rivalry. UNC—Chapel Hill is one of the oldest public universities in the country; it was founded in the 18th century. The school’s prowess in basketball has an almost equally long history—UNC won the first game they ever played in 1910. UNC is also a leader in scholarships (see last month’s newsletter for information on scholarships). The school’s Morehead-Cain Scholarship is an impressive four-year scholarship that covers tuition as well as many other expenses, such as room and board. UNC students have plenty of company in Chapel Hill; Duke, North Carolina State, and North Carolina Central University are within easy travel distance. For fun, students head to historic Franklin Street, the location for many small music venues, shops, and even a traditional soda fountain. There are over 70 majors at UNC—Chapel Hill, and alumni of this school reflect the diverse academic, athletic, and extracurricular offerings the institution provides. Michael Jordan, one of the greatest basketball players of all time, studied Cultural Geography here. Other famous alumni include soccer star Mia Hamm, comedian Lewis Black, beat poet Lawrence Ferlinghetti, and James Polk, 11th President of the United States.

University of Kentucky, Lexington, KY
This public university is the highest ranked research institute in the state of Kentucky and one of the number one schools in the country for basketball fans. The school’s men’s team, the Kentucky Wildcats, are one of the top teams in the nation, and the first NCAA Division I basketball team to win over 2000 games. Students don’t just come here for the stellar basketball program though—the university is located in Lexington, in the Bluegrass region of Kentucky, which is known as “the horse capital of the world.” UK students can get involved with the Equine Research Institute, learn to ride a thoroughbred, or just spend a day at the races (the world famous Kentucky Derby is a short drive away). Insofar as academics go, students at the university take a core set of classes called University Studies, and regardless of major, every student is exposed to a foreign language, quantitative studies, and the humanities. Students interested in pursuing independent research or other advanced undergraduate work have the opportunity to apply to the Gaines Fellowship through UK’s Gaines Center of the Humanities.

Rice University, Houston, TX
If you can’t make it to Indianapolis this year, Rice University is set to host the NCAA’s Final Four tournament in 2011 at Reliant Stadium in Houston, Texas. Located in a heavily wooded area in the Museum District of Houston, this private university is known as a “Hidden Ivy,” and an academic powerhouse. The university boasts strong programs in science and engineering, and is home to the nation’s first center for nanotechnology, the Smalley Institute. Rice operates on the Honor System and almost all exams are administered without a proctor or as a take-home. Student life at Rice centers around eleven residential colleges that house only a few hundred students each. These small communities are meant to facilitate learning and camaraderie among the residents, and each college has its own residence hall, dining facility, sports teams, and unique traditions. For a genuine Texan experience, Rice students can head to the Houston Livestock Show and Rodeo, one of the largest rodeo events in the nation. For those more interested in mission control than rodeo, NASA’s Johnson Space Center is also located in Houston, which has a rich history of space exploration. It was at Rice University that President John F. Kennedy made the momentous announcement that the United States would send a man to the moon.

It’s hard to beat the excitement of school spirit at your favorite university. So put on your team jersey, fill out your bracket predictions, and get ready for March Madness!