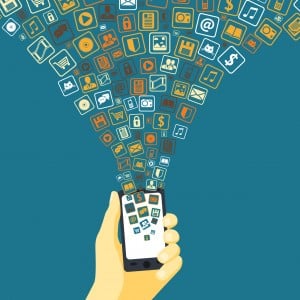 Whether you own an Amazon Kindle DX, just got the super-hot iPad, or prefer the newest in ultralight PC netbooks, you can’t deny that portable technology is advancing fast. Smartphones have become more and more popular, with the iPhone emerging as the device of choice among teens (according to a recent survey by investment firm Piper Jaffray). Now it’s not exactly breaking news that teens like gadgets, but did you know that some schools are encouraging the use of the iPhone and iPod Touch to stay connected in and out of the classroom? The iPad is also making waves as the latest education tool, though tablet computing has been utilized at some universities for a few years now. At a time when you can carry what is essentially a mini-computer in your pocket, it’s hard to imagine that wireless campuses are still a relatively new phenomenon for many colleges and universities. The expert counselors at IvyWise have compiled a list of five schools that are integrating mobile technology with the student experience.

This private university launched a free iPhone application for students, iStanford, that provides a campus map, course catalog and access to information about campus athletics. The app was developed by TerriblyClever, a company started by Stanford students, which was sold to online education management software giant Blackboard last year for about $4 million. The students continue to run the company while keeping up with their studies-talk about real-life experience! Stanford lends its support to budding entrepreneurs and the role that mobile devices play in students’ lives; the university even has a special section on their website dedicated to student-developed applications, http://studentapps.stanford.edu/. To aid students in this mobile computing endeavor, the university is among several schools participating in the iPhone University Developer program. According to a source in the New York Times, Stanford’s online version of their iPhone programming class “is pretty much the primary way to learn about iPhone development right now.” Students interested in a career in technology can take advantage of Stanford’s tech-topia Silicon Valley location. Regardless of how savvy you are with a BlackBerry, Palm Pre, or other smartphones, the Bay Area is a great location to be a student? The weather in northern California tends to be sunny and mild. The campus community is tight-knit and students overwhelmingly prefer to live in dorms, which can be incubators for great ideas. The “Google Guys”, Larry Page and Sergey Brin, famously met while PhD candidates at Stanford and the undergraduate alumni list features other prominent entrepreneurs, including the founders of Hewlett-Packard (HP), Yahoo!, and the co-founder of PayPal.

The University of Missouri has taken a different approach to the popular devices. The university’s School of Journalism requires incoming freshmen to have an iPod Touch or an iPhone. Students are encouraged to utilize the devices to re-watch lectures after they attend class. “Lectures are the worst possible learning format,” said an associate dean at the journalism school. “There’s been some research done that shows if a student can hear that lecture a second time, they retain three times as much of that lecture.” Students can still also access the materials on their computers. This public university, commonly referred to as “Mizzou,” also holds a student contest to develop, test and market a new iPhone application. Students throughout the university, including business, journalism, and computer science students, pitch their apps and business plans to university and industry judges. In addition to being the first school to require the Apple devices, the university’s Journalism school holds the title of another first: the first journalism program in the world. The program counts Brad Pitt among its former students, and the university at large has educated the likes of Sam Walton (founder of Wal-Mart) and musician Sheryl Crow. In their free time, students like to take time to get off campus and explore the charming town of Columbia, which is full of mom-and-pop stores and sidewalk cafes, like The Heidelberg, a popular student-hang out. Back on campus, Mizzou students head to Buck’s Ice Cream Place, a learning center that is part of the College of Agriculture, Food and Natural Resources. At Buck’s, students dish up spirited school flavors like Tiger Stripe or Mizzou Gold, and read up on Mizzou’s ice cream research, like “Release of Flavor Compounds From Full-Fat and Low-Fat Ice Cream During Eating.”

This public university is a key place to consider adding to your college list if you’re interested in learning how to build a mobile computing application – the computer science department recently introduced a three-credit course on iPhone programming. A former iPhone developer teaches the class, and students get real-world programming experience working with mobile technology. As a result, local and national technology companies have expressed interest in hiring students that have taken the class. Considered a “Public Ivy,” UMD has many well-regarded majors for students to choose from, as well as a thriving athletics program. UMD also offers “living-learning” communities, in which students with similar interests share residential space, take classes together, and engage in specialized research. For budding business owners, UMD created the nation’s first entrepreneurial living-learning community, Hinman CEOs, where students take part in networking and team-building exercises, attend special lecture series and are encouraged to start their own businesses (like well-known web publishing site, www.squarespace.com/). For fun, students have plenty of options for the weekend, as the university is situated within easy travel distance of both Baltimore and Washington D.C. The town of College Park is also a great place for students to hang out when they’re not on campus. Students can head to a local favorite, Rita’s Ice for custard or the student-friendly Berwyn Cafe for falafel.

Seton Hill recently initiated a new program called the Griffin Technology Advantage, which aims to expose students to the technology they will need to use in the workplace upon graduation. Starting this fall, all freshmen entering this private university will receive a MacBook laptop and an iPad. And no need to worry about outdated technology – come junior year, the university will replace the laptop with a new one, and students will be able to take that computer with them when they graduate. So why offer a laptop and an iPad? The administration’s goal is for students to use the iPad to utilize electronic textbooks in university courses, and even replace dorm phones, by pairing the tablet device with Seton Hill’s new wireless network. This private university is not only on the cutting edge of technology; Seton Hill also offers an award-winning entrepreneurial program for women, E-Magnify. For three years running, Entrepreneur Magazine ranked Seton Hill as one of the top 100 Entrepreneurial Colleges and Universities, and the school boasts a 94% job placement rate for recent graduates. The school was female-only up until 2002, when it went coed, and just eight years later over one-third of the student population is male. Seton Hill recently created a football program, and both men and women participate in Division II team sports. Seton Hill is a Catholic university, so ministry has a strong presence on campus, and students have many local and global service options, such as the Bethlehem Project (which works to prevent homelessness in the local area) and Alternative Breaks (a service opportunity that takes place abroad during fall and summer school breaks). To relax on the weekends, students take advantage of the university’s idyllic location and go skiing, hiking or canoeing down the Youghiogheny River. To catch up on city action, the university hosts organized trips and students head to New York City, Washington, D.C., or nearby Pittsburgh.

Got Buckeye Fever? There’s an App for that. Fans of the Ohio State University athletics program know how to use mobile technology to their advantage. This public university has several apps in the iPhone App Store that make it easy to keep track of team schedules, scores, stats and even the lyrics to the Ohio State fight song. Recently three Ohio State computer science students developed a school spirit app in which users can upload and post photos to http://www.osu.edu/O-H-I-O/ of their friends spelling out the letters O-H-I-O in various locations (like the stadiums of rival teams). The Internet isn’t the only place to find Ohio State school spirit? The Buckeye marching band, one of the largest all-brass and percussion bands in the world, pioneered many spirited traditions used by marching bands all over the country, such as measured step marching and animated formations. The band’s famous script formation (Ohio) is often imitated by other schools. When they’re not supporting the team, or attending class, students can hang out at the recently reopened Ohio Union, and on the Oval, the university’s quad. There is a long-standing tradition that says students who can hold hands while walking the length of the Oval (from the main library to College Road, about a quarter of a mile) will be together forever. And there are many potential hand-holding partners – Ohio State is the second-largest college campus in the country, with nearly half a million alumni. Famous buckeyes include children’s writer R.L. Stein (of Goosebumps fame), pop-artist artist Roy Lichtenstein, and basketball Hall-of-Famer Bobby Knight.

Technology is advancing at warp-speed, so odds are good that many other universities will begin offering similar programs based on mobile computing. By the time you head off to college, you might have the ability to receive course assignments, upload a presentation, plan a group study session and check your grades, all while walking across the quad.