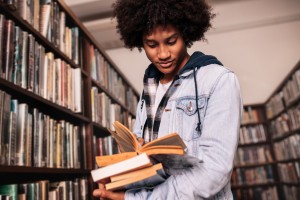 Where intellectuals and problem-solving segments meet is where the recognition for reform rises, and more often than not this originates on college campuses. Students and educators are known for passionate ideas and thought leading theories, and this frequently positions college campuses at the forefront of important historical events and movements.

America’s collegiate history is peppered with student-led protests and petitions. The first student protest recorded in American history, known as The Great Butter Rebellion, took place at Harvard University and was against the poor quality butter served in the dining hall. But many schools have been a part of history for much more than just speaking out against poor quality condiments.

In honor of Martin Luther King Jr. Day, we have put together a list of five schools that have taken a firm stance for what they believe is right, what they think needs reform, and what values they think should be respected at all costs. So if being a part of a campus culture with a reputation for backing up its core beliefs is important in your college search, here is Dr. Kat’s list of schools to take a stand.

Oberlin College, Oberlin, OH
At a time in American history when higher education was limited to only a select few, Oberlin College was known for its progressive ideology and commitment to diversity. Throughout its history, Oberlin has proven itself to be one of the most progressive colleges in America, with students active in the abolition and women’s rights movements.

The town of Oberlin itself was a crucial stop along the Underground Railroad. Citizens were supporters of equality, freedom, and social justice, but that wasn’t limited to the townspeople. Students and faculty at Oberlin College were key in the Wellington-Oberlin rescue of John Price, an escaped slave. Price was arrested in Oberlin and taken to Wellington, OH by US Marshalls under the provisions of the Fugitive Slave Law. There, citizens from both Oberlin and Wellington rescued Price and took him back to Oberlin, where he stayed at the home of the future president of Oberlin College, James Harris Fairchild, before escaping to Canada. The event captured national attention and was considered a major victory in the abolitionist movement.

This private, liberal arts college is the longest continuously operating coeducation university in the United States. It was founded in 1833 and has grown to include a 440-acre campus, over 50 majors, and 2,900 students.

In addition to the College of Arts and Science, Oberlin also houses the oldest Conservatory of Music in the US, where music students can study eight undergraduate majors and 20 areas of private study. Conservatory students have access to over 1,500 musical instruments, five concert halls, and 156 practice rooms.

Oberlin’s devotion to the arts is also present outside of the walls of the Conservatory. Every semester, students and faculty have the opportunity to rent famous works of art for just $5 through Oberlin’s Art Rental Program. On the rental day, students line up on the museum courtyard for the opportunity to rent works of art by world-famous artists like Toulouse-Lautrec and Picasso to showcase in their dorm rooms and homes for the entire semester.

University of Oklahoma, Norman, OK
The Vietnam War-era sparked a flurry of protests, petitions, and strikes from students across the country, and college campuses were often the center of these demonstrations. The Sooners at the University of Oklahoma (OU) were no exception, with students actively participating in the anti-war movements of the time.

In May of 1970, several hundred protesters, mostly OU students, gathered for a general strike to protest the war. One of the students brought out a Vietcong flag, and was subsequently arrested for violating an Oklahoma state law, which forbid the display of pro-communist flags.

The student response on OU’s campus was significant, with nearly 2,000 students gathering on campus for a peaceful march to protest the arrest of the flag-bearing student. 500 protestors also occupied several campus buildings and demanded change from the university’s administrators. The protests lasted for days, with students carrying picket signs outside of campus buildings and some men even burning their draft cards. This spurred several similar demonstrations on campuses across the state and helped bring to light the discussion about what a university’s involvement regarding free speech and protesting should be.

Located in Norman, OK, OU is a public research university with more than 30,000 students and over 160 undergraduate degree programs. OU is consistently ranked one of the top public schools in the nation for its number of freshman National Merit Scholars.

The campus is also home to more than 400 student clubs and organizations, and is known for encouraging faculty and student interaction outside the classroom with the popular Adopt-A-Prof program.

Through this initiative, participating student organizations “adopt” a professor who participates in events with the organization. When assigned a professor, the club introduces themselves to their mentor with an “Adopt-a-Prof kit of goodies,” featuring items that represent the group and welcomes the professor to their organization!

In 1960, Ella Baker, a 1927 Shaw graduate, led a conference for southern students interested in becoming involved in the Civil Rights movement at the university. Students and civil rights leaders spent days meeting to determine the best way to collaborate and facilitate constructive protests.

It was there that the Student Non-Violent Coordinating Committee (SNCC) was created to facilitate communication between civil rights groups, help plan various protests and meetings, and support civil rights leaders. The SNCC played a large role in the March on Washington for Jobs and Freedom in August of 1963, where Mrtin Luther King, Jr. gave his famous “I Have A Dream” speech. The organization was also an essential organizing tool during the Freedom Summer of 1964 and the voter registration drives in the south, especially in Mississippi.

Even though the SNCC disbanded in the 1970s, Shaw students keep the spirit of fairness and protest alive on campus. In 2008, over 120 Shaw students took a stand by silently protesting housing conditions on campus in an effort to improve residence halls.

Massive protests may not be as prevalent today as they once were, but the spirit of coordination and social justice lives on through Shaw’s mission and academics. Founded in 1865, Shaw is the oldest historically black university in the southern US and is home to the first four-year medical school established in North Carolina. Today, Shaw’s student body is made up of 2,150 students from over 19 different countries and different ethnic backgrounds.

There is something for every student on Shaw’s campus, whether it is Greek life, intramural sports, Student Government, or any other of the school’s student clubs and organizations. Students studying broadcast journalism and mass communications manage the school’s radio station, WSHA-FM, which is also one of the most popular broadcast stations in the area.

University of California — Davis, Davis, CA
Some campus cultures are more known than others for having an atmosphere of free speech and protest. The University of California system of schools is known for speaking out against injustice and demonstrating for ideas and ideals they believe in, and one of the most outspoken in recent years has been UC—Davis.

As the “Occupy” movement took a foothold in cities across the country in 2011, college students took the opportunity to voice their own grievances and concerns. Aggie students at UCD began organizing peaceful protests to speak out against tuition hikes and budget cuts. UCD took a stand and became a symbol of resistance after several students were pepper sprayed during a peaceful protest. This led to UC issuing the Robinson-Edley Report, a series of initiatives and recommendations to ensure that future protests will be handled responsibly and without violence or injury to students and others.

UCD has a history of standing up for their quality of education. In the 1960’s and 70’s, many UCD students staged peaceful demonstrations both on campus and at the governor’s office to protest extensive budget cuts. UCD students were also very active in the Vietnam-era protests against the war.

UCD students have also taken a stand in other ways. This past fall, nearly 40 students staged a sit-in at Dutton Hall on campus to protest the war in Gaza, and protests against tuition hikes continue.

At UCD, student involvement isn’t limited to the picket line. This public university has more than 500 student clubs and organizations including the Aggie Pack, the largest organized student spirit group in the country. The school offers over 101 undergraduate majors, and has the third largest enrollment in the UC system with over 33,000 students. At 5,300 acres, UCD is also the largest campus in the UC system.

The school also fosters change inside the classroom as a leader in sustainability-related research and learning. In the UC Davis West Village, the largest planned zero-net energy community in the country, students and faculty live close to campus and participate in sustainable living initiatives as a way to experiment with zero net energy on a large scale. The project relies fully on the ideas and research of UCD faculty and students.

Northland College, Ashland, WI
In many cases, taking a stand doesn’t have to involve actual protest, and being a part of history can mean that you’re currently making history. At Northland College, the fight for environmental initiatives, sustainability, and effective communication and collaboration is deeply embedded in the school’s mission and history.

Northland’s stand for environmental protection extends far beyond the institute, with every program of study incorporating an emphasis on environmentalism and sustainability.

It is also with the spirit of cooperation and collaboration that students stand for what they believe is right in their own campus community. Peaceful protests and sit-ins have been held over the years against local policies that were thought to have a negative impact on the campus.

This small, private liberal arts college is located on the banks of Lake Superior and is home to a student body of just over 600. With a strong focus on nature and environmentalism, it’s no surprise that campus life is heavily influenced by outdoor initiatives. Northland is known for its bike-friendly campus, with an active bike rental program, and has established an effort to use 20% local foods on campus, with an overall goal of 80% over the next few years.

Northland is also home to one of the newest “living laboratory” residence halls, the McLean Environmental Living and Learning Center, where students learn the importance of alternative energy and waste reduction. Residents are responsible for monitoring the energy systems and tending to the greenhouses in an effort to facilitate a sustainable living environment.

Taking a stand for values, beliefs, or ideals can take many forms. Whether it’s through protest, petition, or simply education and example, colleges are often the birthplaces of progressive ideas. Other schools that are known for taking a stand and influencing events in history include University of California–Berkeley, Kent State University, Columbia University, and George Washington University, among others. For a campus culture where you can stand up for your beliefs and be a part of history, give these schools some thought when making your college list!