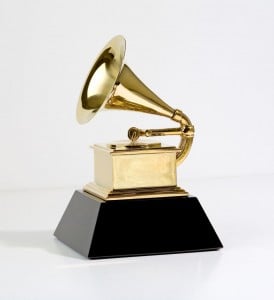 February is a big awards month. At ceremonies celebrating music and film, red carpets will be filled with alumni from some of the country’s best schools. With the Grammy Awards this month, there are a number of musicians who partly owe their skills and successes to a stellar music education.

Berklee is one of the largest music programs in the country with close to 4,500 students. With less emphasis on classical training, Berklee is ideal for students looking for a flexible musical education. The school incorporates modern and popular music into the curriculum so students are prepared for a career in the industry as it is today.

In keeping with Berklee’s progressive music education, Berklee students are required to take three lab courses in Sight-Reading Techniques, Elements of Vocal Technique, and Vocal Styles. There is a strong emphasis on technical proficiency, general vocal skills, and overall musical knowledge. Students actively participate in audition-determined ensembles, and have the opportunity to participate in over 700 performances a year, including the “Nothing Conservatory About It” concert series where students work closely with Berklee’s Professional Performance department. In addition to a written application, prospective students are required to audition, which includes prepared and improved pieces, ear training, and an interview.

Founded in 1945, Berklee was the first US school to teach jazz, a popular genre at the time. The school’s students come from over 90 different countries, and the campus boasts 13 fully equipped recording studios, five performance venues, two student record labels, and 306 practice rooms.

While it is a college rooted in musical education, there are numerous student clubs and organizations where students can explore other areas of interest. Clubs like the Ice Cats Hockey Team, Songwriters Club, and Student Government Association expose students to other facets of campus life, in addition to the music industry. For students who are looking for an international experience, Berklee also has a campus in Valencia, Spain, which opened in 2011.

The Juilliard School, New York, NY
For students interested in one of the most intensive music programs in the country, look no further than The Juilliard School in Manhattan. Arguably the most prestigious performing arts school in the US, Juilliard shares a campus with the Lincoln Center, a cultural landmark for theatre, dance, and musical performance in New York City. Grammy recognition is nothing foreign to this institution; Juilliard alumni have won over 105 Grammy awards.

The Music Division of Juilliard is the largest of the school’s programs, with 600 students from over 40 countries. The Bachelor of Music program provides a more classical musical education, with vocal training geared toward more formal styles such as opera, and instrumental concentrations including the organ, collaborative piano, and the harp. Each student has the opportunity to participate in at least one of the school’s over 700 performances each year.

With a 7.2% acceptance rate, Juilliard is highly selective. In addition to a written application, music students must submit a pre-screening audio recording and complete a live audition in New York City.

Juilliard, with a student body of 853, isn’t all music and performance. The school also emphasizes a strong liberal arts education, with students required to take 24 core curriculum credits in courses like “Ethics, Conscience and the Good Life,” “Genres and Generations,” and “Art and Aesthetics.” The small student body also allows students across all divisions to help plan and participate in school-sponsored events, like the annual Halloween Dance and the Spring Block Party.

Juilliard students have access to a plethora of resources including six performance spaces and the Lila Acheson Wallace Library, which is home to more than 75,000 scores, 25,000 sound recordings, and 23,000 books. Juilliard also has an inventory of 253 Steinway pianos, making the collection the largest of any institution in the world.

Indiana University-Bloomington, Bloomington, IN
Students don’t have to attend a college exclusively for music or performing arts to be on track for Grammy nods. At Indiana University—Bloomington, students in the Jacobs School of Music receive a well-rounded music education at one of the country’s most established public universities.

With approximately 1,600 undergraduate and graduate students, IU Bloomington’s music school is the second largest in the country. Jacobs School of Music alumni and faculty are frequently nominated for Grammy Awards, with six taking home gramophones last year. This year, current and former Hoosiers are nominated for seven Grammys.

The Jacobs School of Music was originally founded as the Indiana University School of Music in 1921. With an esteemed vocal program, IU Bloomington boasts one of the best musical educations in the country. Students follow in the footsteps of alumni like songwriter and producer Booker T. Jones, guitarist Carl Broemel of My Morning Jacket, and opera singers Sylvia McNair, Angela Brown, and Lawrence Brownlee.

Students can pursue degrees with concentrations such as vocal, opera, and jazz, and have the opportunity to utilize several practice and performance facilities, including the Musical Arts Center Performance Hall that seats an audience of 1,460 and the recently renovated Simon Music Center.

The opportunities for students to showcase their talents seem endless, with the school offering more than 1,100 performances a year and up to seven operas. Getting on the stage is fairly challenging, however, with an undergraduate acceptance rate of about 25%. Depending on the degree program, applicants must submit a pre-screening recording, audition, and interview, along with a written application.

IU Bloomington is the flagship campus of the IU system, which includes nine locations across the state that span over 3,600 acres. Considered one of the new “Public Ivies,” the IU system serves close to 110,500 undergraduate and graduate students from all over the world.

When students aren’t attending one of the 1,100 free musical performances, they can participate in any of the campus’ over 650 student clubs and organizations. In the spirit of performance, students from a wide range of organizations participate in Dance Marathon, a 36-hour dance event where students raise money for Riley Hospital for Children in Indianapolis, every November. Since 1991, students have raised over $7 million for the hospital through their non-stop dance moves.

Hoosier students also ensure they make a lasting mark on campus, with each graduating class donating a tree to the school’s campus. The tradition was first established by the class of 1873 and has continued since 1966.

University of Colorado-Boulder, Boulder, CO
For some students, the opportunity to receive a specialized music education while being part of a large college campus is a priority. The College of Music at the University of Colorado-Boulder offers an impressive series of programs for both undergraduate and graduate study, with the perfect combination of access to a diverse university setting and specialized music training.

The College of Music at CU-Boulder offers seven degree plans and over 23 fields of study, including composition and theory, musicology, and jazz studies. The goal of the curriculum is to combine traditional music elements and education with new and innovative techniques to prepare students for a variety of careers in the music industry. With 350 undergraduate students, the music school boasts a student-faculty ratio of 6:1, allowing for exceptional personal attention for each student.

The music school is also home to the Grammy award-winning Takács Quartet, which has been in residence at the school since 1983. Music students have the opportunity to study one-on-one with the members of this world-famous string quartet, and the group works closely with the graduate string quartet.

CU-Boulder isn’t just about making award-winning music, however. This public research university offers over 150 fields of study, including the arts and sciences, business, engineering, and journalism. With a student body of over 29,800, there’s something for everyone on campus. On Saturdays during the fall, most students can be found cheering on the football team at Folsom Field, where the live buffalo mascot, Ralphie IV, makes a grand entrance with the team at the beginning of the game.

As a leading research university, CU-Boulder is the only public university in the US to design and build instruments that have flown on NASA missions to every planet in the solar system, including Pluto! The campus itself is also known for its out-of-this-world commitment to environmental conservation as one the top 15 campuses in the nation for sustainability according to the Sustainable Endowment Institute.

Students pursuing a Bachelor of Music at UNT can choose from a variety of concentrations such as performance, education, composition, music theory, and jazz, to name a few. UNT’s music program is known for its comprehensive approach to music education, with a strong emphasis utilizing the latest advances in the music industry.

The school boasts over 50 ensembles for students to participate in, and students have access to 300 practice rooms, seven performance spaces that host over 1,000 concerts annually, and one of the most extensive music libraries in the country.

Located in Denton, TX, this research institution is the nation’s 26th largest public university with close to 36,000 students. UNT offers 97 undergraduate degree programs and the campus spans 884 acres with 157 buildings and 14 residence halls.

UNT is also home to over 350 student clubs and organizations. Students can join clubs like the Clay Guild, which sponsors workshops and classes for students interested in ceramics, or the Mu Epsilon Kappa Anime Society for students with an appreciation for Japanese animation. UNT is also known for its progressive environmental ethics program, which was the first master’s degree program of its kind in the US.

Whether you’re looking for a comprehensive music education at a small performance arts school or a large public university, there are plenty of options for students who are hoping to grace the Grammy stage one day. Other schools with great music programs (and award-winning alumni) include Curtis Institute of Music, Northwestern University, University of Miami, Temple University, and Manhattan School of Music. Keep these schools in mind when applying for programs that can help you reach the Grammy’s red carpet. We wish you luck in your college search!