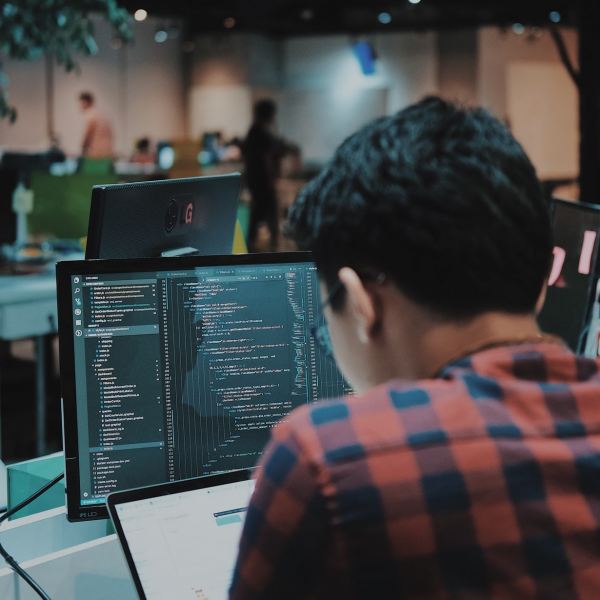 If you’re interested in problem solving and finding creative approaches to common dilemmas, you might want to consider pursuing an undergraduate degree in engineering. Engineers tackle real-world problems (like the BP oil spill!) and are responsible for finding answers as varied as the dimensions of a bridge, the density of traffic, the depth of waterways, or the complexity of cell growth.

Forbes.com recently reported that engineering is the best-paying job for recent college graduates. You can study engineering at almost any major university or at a number of specialized colleges, like the Rose-Hulman Institute of Technology, for example. Students usually begin studying engineering in college and can continue their studies by obtaining advanced degrees. As for undergraduate options, the expert counselors at IvyWise and I have created a list of schools for burgeoning young inventors, innovators, and engineers to consider.

Harvey Mudd College, Claremont, CA
This small college might fly under the radar for some college-seekers, but it has an outstanding reputation in the world of science and engineering. “Mudders,” as the students at this private university are often called, work extraordinarily hard, and it shows?the school graduates the highest ratio of students who go on to get their PhD. Harvey Mudd is well known for its Clinic Program, in which upperclassmen work in teams on real-word projects commissioned by groups such as the technology firm Northrop Grumman. Many Mudders have even received patents for their work with the Clinic.

Last year, graduates from Harvey Mudd went on to work for Microsoft, Boeing and the Jet Propulsion Lab at NASA, which commissions work at the Clinic. The school is also known for its practical jokes as students apply their empirical aptitude of engineering to pulling off pranks. “Pranking” is so engrained in Harvey Mudd’s history that the college has written a set of guidelines and adopted a school-wide policy, which stipulates that pranks are allowed so long as they are not harmful and can be reversed within a 24-hour period. The student editors at College Prowler have documented many of these pranks, including replicating Stonehenge with couches on the quad, and heisting the CalTech Cannon.

Harvey Mudd College is a part of the Claremont Colleges or 5C, a five-college consortium in southern California that attracts all types of students and includes the undergraduate schools Pomona College, Scripps College, Claremont McKenna College, and Pitzer College. Students are allowed to cross-register in over 1,200 classes offered by these five colleges. Most 5C students also tend to live on campus, so though no Claremont school has over 1,600 students (Harvey Mudd enrolls about 740), Mudders can still expect to befriend a diverse social circle, as most activities occur on the Claremont campuses. The surrounding city of Claremont tends to provide a quiet atmosphere, but for a taste of city life students can head to Los Angeles, which is a mere 30 miles away.

Purdue University, West Lafayette, IN
Purdue University is part of the Big Ten conference and competition from this university is fierce. Students at this public university are known as “Boilermakers,” and they excel in both athletics and academics?students and researchers routinely win national engineering and science awards. Purdue strives to be ahead of its time, and true to form, it was the first university in the US to own an airport and the first university in the world to offer an aeronautics program. Accordingly, the first man on the moon, Neil Armstrong, and the most recent, Eugene Cernan, are Boilermakers.

Academic research is strong at Purdue, which is home to the recently built Discovery Park and the Purdue Research Park, one of the largest university-affiliated high-tech business parks in the US. When they aren’t solving complex aeronautical problems, students can hang out on the Memorial Mall and run through the Purdue Mall Water Sculpture, which is also known as the Engineering Fountain due to its proximity to engineering classrooms. Boilermakers claim their campus must have been designed by an engineer, as it holds over 30,000 students comfortably yet is quick and easy to navigate, only taking an estimated 15-20 minutes to cross.

Franklin W. Olin College of Engineering, Needham, MA
This private school of engineering is just over a decade old, but has already made a mark in the engineering world?the school is respected for its hands-on approach and is highly regarded by Kaplan, Newsweek, and U.S. News. Olin’s curriculum focuses exclusively on engineering, and students take a majority of their courses in math and sciences. Those students who wish to expand their academic horizons beyond engineering may cross-register at nearby schools Wellesley College, Babson College, and Brandeis University.

Olin’s campus is a quick walk to business-centric Babson College, where students can take advantage of a joint accelerated master’s program in engineering and entrepreneurship. The Olin philosophy is that an engineering education should be available to all, therefore admissions are need-blind and every student who enrolls automatically receives a scholarship for half-tuition. Olin has approximately 320 students, all of whom are undergraduates, and because this community is smaller than most schools, students have many opportunities to shape their campus environment.

Extracurricular activities are part of the Olin “Learning Continuum” and include research, service ventures, clubs, and recreation. Students interested in creating a club or organization have the full support of the student government and administration, which means that no matter what your extracurricular interest is, you can pursue it at Olin.

Georgia Institute of Technology, Atlanta, GA
This public university is the newest member of the Association of American Universities, an exclusive organization of institutions that focus extensively on research. Membership is an honor and well deserved; all of Georgia Tech’s programs are considered to be at the top of their respective departments. Students can take advantage of the university’s engineering breadth, as there is an engineering major for nearly every interest at Georgia Tech.

Students can study mechanical, polymer & fiber, materials, industrial & systems, electrical, computer, civil, environmental, chemical, biomolecular, biomedical, and aerospace engineering. Over 60% of the students at Georgia Tech study engineering. Outside of the classroom, all of the university’s 11,696 students can participate in one of the many student traditions at this 125 year-old school. Traditions include the Freshman Cake Race, in which first-year students sprint a half-mile and the winner gets a fresh-baked cake, or the Mini 500, a tricycle race that takes place during homecoming week. There’s also the Ramblin’ Wreck Parade, which features one of Georgia Tech’s mascots, a 1930 Model A Ford called Ramblin’ Wreck (the school’s other mascot is a yellow jacket named Buzz).

The campus is situated in downtown Atlanta (also known as ?Hot-lanta’, in part due to the sweltering summers) and students have ample opportunity to get out and about in this metropolitan area, which is the fastest growing city in the South and one of the fastest growing cities in the country. Notable engineers and scientists from Georgia Tech include Herbert Saffir, the creator of the Saffir-Simpson Hurricane Scale, Krishna Bharat, the developer of Google News, and the designer of the World Trade Center Memorial, Michael Arad.

Lehigh University, Bethlehem, PA
Students at this private university often take their studies seriously, and many double-major or take advantage of Lehigh’s co-op program for real-world working experience. The engineering department is particularly strong, and Lehigh students have access to unique programs that combine engineering and the arts, such as the Integrated Degree in Engineering, Arts and Sciences (IDEAS), Integrated Product Development (IDP), or Integrated Business and Engineering (IBE).

Lehigh is in historic Bethlehem, a great place for students to take a break from their studies (the town was rated one of the Top 100 Places to Live by Money magazine). Students can attend Musikfest in August, or even drive to nearby Philadelphia or New York City. Bethlehem hosts thousands of college students from Lehigh and neighbors Muhlenberg College, Moravian College and rival Lafayette University, so there’s always something to do. Speaking of Lafayette, we included the Lehigh-Lafayette rivalry in our April newsletter, and it is reputed to be the oldest football rivalry in the nation. It is referred to simply as, “The Rivalry.” For the past two years these NCAA Division I teams have met, Lehigh has gotten the better of Lafayette on the field.

Even with all these great options, engineering isn’t limited to the majors we’ve included here. There are many more engineering majors, even some you wouldn’t initially assume have anything to do with traditional engineering. For instance, Princeton University has a Financial Engineering program, ORFE, which focuses on mathematical modeling, statistics, probability, and optimization. There’s also Engineering Psychology at Tufts University, a program designed to improve the relationship between workers and the machines they use (this discipline is also referred to as “Human Factors”).

If you are interested in solving concrete, real-world problems, whatever they may be, then a major in engineering might be for you. You can also explore this potential interest while you’re in high school. Start preparing for the 62nd Intel International Science and Engineering Fair, the world’s largest pre-college science competition, which takes place in 2011. Also, applications are now open for MITs InvenTeams, which compete for invention grants of up to $10,000. In the fall, you’ll be able to register a team for the FIRST Robotics competition, a contest so well respected that many universities offer scholarships just for participating. Check them out!