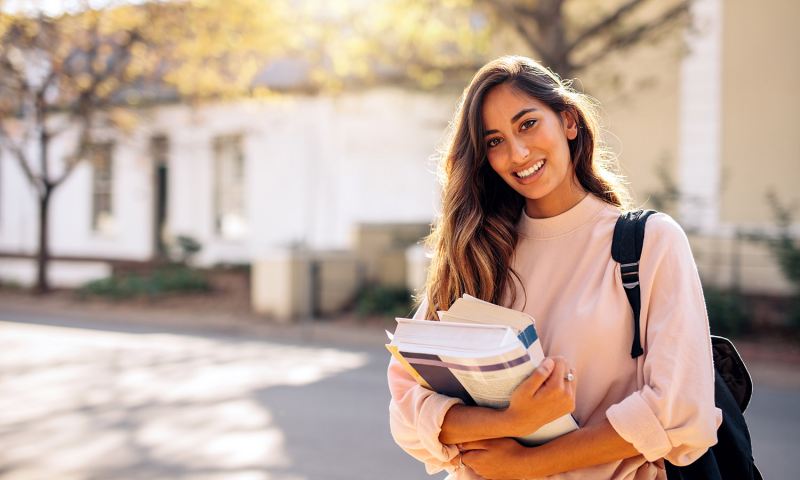 The Pros and Cons of Applying Early This Fall

The weather here in my home state of Tennessee is finally starting to cool, there is pumpkin spice creamer in my coffee, and I just squashed what will (hopefully) be one of the last mosquitoes of the year. And with the change in the seasons, of course, comes the first wave of college application deadlines. Over the past several years, applying early to colleges has become a popular trend, and many colleges have developed a multi-deadline admissions process that might include Early Action, Early Decision, Single-Choice Early Action, and/or Regular Decision options. Whether or not to apply early can be a stressful decision even in “normal” years, but even more so in recent application cycles that have been headlined with record-high applicant rates and record-low admit rates.

With early application deadlines fast approaching, it’s important to consider whether applying early is the right choice for you. Of course, the decision of when to apply to the colleges on your list is entirely up to you, your family, and your counselor, but I have put together a list of pros and cons of applying early that will hopefully make this choice a little bit easier.

Applying to a college via an Early Action or Early Decision deadline usually increases your chances of being admitted. The acceptance rate for these early application pools tends to be higher than that of regular decision, and so an early application may be your best shot at getting in, particularly if the college in question is an academic “reach.”

Applying early gives you less time to get your application together, which might mean that the contents of your application are limited. If, for example, you submit an early application to a college but later earn higher test scores or receive an academic award, the admissions committee at that school may not be able to consider those accomplishments when making an admissions decision. And while early admission rates are higher, the applicant pool tends to be much more competitive, so you need to submit the strongest application possible in order to have the best chance of admission.

Applying early means you will receive your decision early. Knowing in December or January, instead of in March or April, whether or not you have been admitted to your dream school may relieve some of the anticipatory stress that comes with the admissions process. Early decision notification can also give you more time to research your options and make a more informed enrollment decision.

Receiving an early decision may put you at risk of adopting tunnel vision. Admissions offices are masters of persuasion, and once you are admitted, they will make it their mission to woo you until you have committed to enrolling at their school. They have yield rates to consider, after all. Some students fall so in love with their early admit schools that they fail to fully consider the opportunities they receive later on in the process, potentially missing out on an even better option.

Pro: The Potential for a Streamlined Application Process

If you are admitted to a school via its Early Decision deadline, the admissions process is done! In this scenario, you will simply have to withdraw your other applications and confirm your enrollment at the ED school. You will then have the remainder of your senior year to focus on schoolwork, prepare for the transition to college, and relax.

Con: There’s No Room for Second-Guessing

Applying via Early Decision enters you into a binding agreement that you might regret later on. Some students who commit too hastily to an Early Decision application are later admitted to colleges that they actually like more or that offer them more generous financial aid packages. In these scenarios, being admitted ED can actually be an obstacle rather than an opportunity.

If anything, this pro/con list hopefully demonstrates that there are many factors to consider when deciding whether or not to apply early to the colleges on your list. I recommend that you take advantage of any Early Action deadlines that you can, as long as your application is of high quality and you promise to equally consider all of your options, no matter when the admissions decision arrives. Alert the admissions committee to any important updates that come after your application is submitted, and reserve Early Decision applications for schools that you are confident are (a) your top choice school and (b) financially feasible for you and your family.

As always, contact us if you have any questions about your early applications or would like support in making these decisions. Happy fall, and good luck!