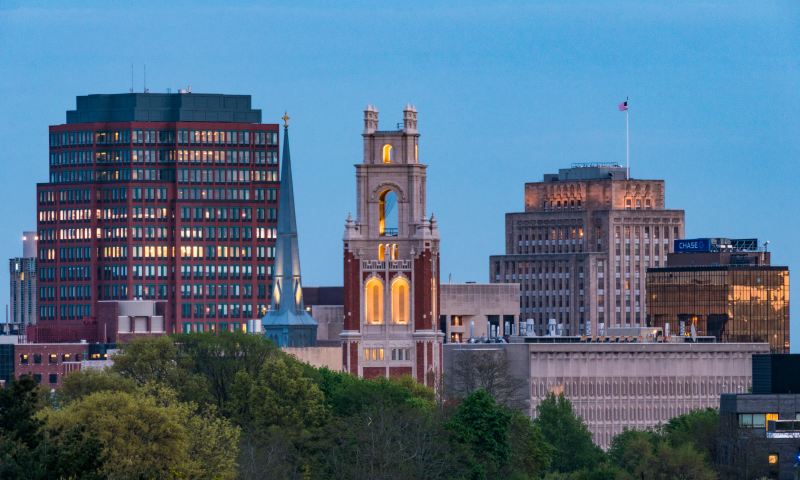 What Is Yale Known For: The 10 Best Majors at Yale

Most students are aware that Yale University is one of the most prestigious schools in the country. As an Ivy League institution, Yale is regarded as both academically rigorous and highly competitive, with acceptance rates dropping below 10 percent in recent years.

While knowing the basics is a good start, students must learn a lot more about any college on their best-fit list, and Yale University is no exception. Keep reading to learn about the most popular majors at Yale University and discover what sets the school apart.

Will You Get Into Yale University?

If Yale is at the top of your college list, you’re going to want to find out exactly what Yale looks for in the applications it receives. It’s also beneficial to take a look at Yale admissions stats from recent years, to understand just how competitive the admissions process is.

While there’s no doubt that Yale is an exceptionally selective institution, that doesn’t mean that you won’t be able to get a seat in an upcoming class. Instead, learning about Yale University will help you understand what test scores and GPA you should aim for and allow you to be more realistic about your admissions odds.

Although this dream school is competitive for every student, you can increase your chances of admission by submitting an application that portrays you in the best light. To do that, you’ll need to aim to keep your grades as high as possible, write thoughtful and compelling essays and a personal statement, demonstrate your knowledge of the institution and your enthusiasm to attend, and have an impactful and accomplished extracurricular profile.

How to Choose the Right Undergraduate Major for You?

Selecting which colleges deserve a spot on your best-fit list isn’t the only decision you’ll need to make during the application process. Students also need to figure out what they will choose as a field of study. For some applicants, this might be an easy choice, since there are students who have a very clear picture of what they would like to do post-college. However, others will struggle to make a decision because it can be difficult to look that far into the future.

What should you do when you don’t know what to major in? First off, don’t panic. Most colleges will let you change your major, so this selection doesn’t have to be final. Additionally, it’s important to learn about the programs that your best-fit colleges excel in so that you can make sure you’re taking advantage of everything they have to offer.

What Is Yale Known For?

Beyond being known for its academically rigorous coursework, Yale University has a reputation for having some of the most compelling and thought-provoking undergraduate study classes. Recently, the school received significant press for a class that was originally called “Psychology and the Good Life”. More recently, it has been renamed “Science of Well-being”. Enrollment for the class spiked more than 3,000% during the COVID-19 pandemic and many students have turned to the course for evidence-based advice for improving their wellbeing. The class has become part of what Yale is academically known for.

Which Are the Most Popular Majors at Yale University and Why?

Although it has received plenty of media attention, “Science of Well-being” is far from Yale’s only well-recognized course. The institution is known for top-tier programs in an array of disciplines. Some of the most popular majors at Yale include:

The economics program at Yale gives students the opportunity to participate in research with some of the leading minds in the field while participating in coursework designed to explore the forces shaping the past, present, and future of our economic climate. The Major Requirements include Introductory Courses such as Calculus, Micro, and Macro, as well as Core Courses, Field Courses, Electives, and two Advanced Courses during a student’s senior year. Students must receive an A- or better in at least three-fourths of the courses in their major.

History is one of Yale College’s most popular and intellectually diverse majors, encompassing nearly every region and time period of the global past — African History, American History, Asian History, Colonial History, you name it. Being part of the history faculty is excellent preparation for careers in many fields, including law, journalism, business and finance, education, politics and public policy, social activism, and the arts. Requirements differ depending on whether students choose a Specialist or Global track, but all History majors must take a Pre-Industrial Class, Departmental Seminar, and Senior Essay.

The goal of Yale’s Political Science major is to enable students to think critically and analytically about the agents, incentives, and institutions that shape political phenomena within human society. The undergraduate study major includes twelve term courses in political science and students must take at least two courses in each of any three of the department’s five fields–internal relations, American government, political philosophy, analytical theory, and comparative politics.

Students majoring in Molecular, Cellular, and Developmental Biology receive a thorough yet varied liberal education, develop critical thinking skills, and graduate prepared for professional careers in a diverse array of fields. The undergraduate program teaches students foundational scientific concepts and research and analysis skills while cultivating critical thinking. All students in the major must take Chemistry, Physics, and Organic Chemistry, in addition to track-specific courses.

Yale’s Psychology major provides a foundation for careers in education and research; law; medicine and public health; politics and public policy; and in business fields such as marketing, finance, and management. Every student is required to take two courses in social science and two from the natural science point of view in psychology.

Students in this popular Yale University major have the flexibility to shape their own curriculums according to their interests and ambitions. Some have concentrated their coursework on economic development and poverty, global health, global climate policy, international relations, and foreign policy and diplomacy, with topics relevant to national and human security. Thirteen term courses are required for the major in addition to a language requirement.

The English major at Yale University empowers students to explore the writing of all genres and periods throughout the history of the language, from medieval dream visions, Shakespeare’s plays, American slave narratives, modernist poetry, digital literature, or contemporary Anglophone novels from around the world. Students must take 14 courses, including completing their Senior Requirement.

Students majoring in Statistics and Data Science take courses in both mathematical and practical foundations. They are also encouraged to take courses in the discipline areas listed below. Students in the major must take Calculus and Linear Algebra, ideally early on in their journey at Yale University, because these classes provide a mathematical background that is required in many courses.

Yale’s Engineering Sciences programs require fewer technical courses and, therefore, allow greater concentration in non-engineering disciplines. Students can choose courses either for the breadth of engineering knowledge or depth and, often, are able to graduate with a double major such as Mechanical Engineering/Economics, Electrical Engineering/Computer Science.

Improve Your Profile for College Applications

If one of the most popular majors at Yale University sounds like your dream program, it’s important to start working on your application years before you hit submit. From sending transcripts to writing essays, the application process is multi-dimensional, which is why every student can benefit from college admissions assistance.

Learn more about the college admissions process and get all of your college prep questions answered directly by our former Deans and Directors of admission.