College Campuses Where Movies Were Filmed 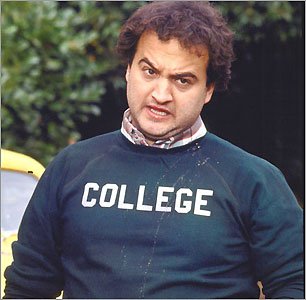 Colleges across the country have had the opportunity to play host to Hollywood movie sets. While the University of Southern California and the University of California-Los Angeles are the most frequented campuses because of their proximity to Hollywood studios, many other schools have been used to depict the classic college campus. While most college and university names are fictional, the campuses at which these movies are filmed are real, and sometimes feature actual students as extras!

Here’s where some popular movies have been filmed.

Before Animal House became one of the most well-known and popular college movies of all time, the production team had a hard time finding a college that would allow filming. They approached the University of Oregon and were granted permission to film on campus because the school had previously denied one request to film there before and thought they’d give it a shot this time (that previous film was The Graduate). Greek housing played a major part of filming at Oregon. All the exterior scenes of the Delta house were of the Pi Kappa Alpha fraternity house, which no longer exists, and interior shots were of the neighboring Sigma Nu house. The famous food fight scene was shot at one of the school’s dining halls, known as the “Fishbowl,” and campus housing, libraries, and academic buildings also make appearances.

The University of Oregon is a large public university located near the Pacific Ocean and the Cascade Mountains just two hours outside of Portland. The school has over 260 academic programs and an array of research facilities including the Oregon Institute of Marine Biology and Pine Mountain Observatory. Oregon’s architecture school ranks consistently high, and their program for sustainable design practice and principles is number one in the nation.

The Titans’ summer training camp was filmed at Berry College in Georgia. While the movie takes place in Virginia, Berry lent their campus, athletic fields, and women’s dormitory to the film. Many of the Titan football games were also filmed at Berry, as well as at other high schools around Georgia. While Berry has never had a football team, the school’s Board of Trustees voted to institute a football program beginning in Fall 2013.

Berry was founded in 1902, and sits on 27,000 acres as the largest contiguous campus in the world. The Georgia Department of Natural Resources oversees 16,000 acres of Berry’s campus, and the school boasts 80 miles of hiking, biking, and horseback riding trails. Lavender Mountain and Berry’s own Victory Lake campground give students a variety of outdoor adventure possibilities. Berry’s Student-Operated Enterprises program and Work Experience program allow students to gain hands on work and business management skills while enrolled in classes.

LSU’s most recent Hollywood appearance was in the a cappella hit Pitch Perfect. Many students, especially those already part of the school’s Program for Film and Media Arts, benefitted from this movie being filmed on campus. As production assistants, crew members, and extras, LSU students can spot themselves, and friends, in addition to many campus hotspots, in the movie. The movie was filmed during football season, which caused some logistical problems and made it difficult to hide any school apparel in many scenes. However, this allowed the cast to enjoy Tiger tailgates and games during their time in Baton Rouge.

LSU is a large public university located in Louisiana’s capital city. The school’s over 24,000 undergraduate students may participate in its extensive research projects, totaling in more than 800 across various disciplines, through agencies such as the National Aeronautics and Space Administration (NASA) and the National Endowment for the Humanities. LSU’s football team has won multiple national championships and Tiger Stadium is known as “death valley” due to the deafening noise-level produced by hundreds of thousands of fans at each game.

In this tear jerker, the two main characters, Allie and Noah, have to separate after their summer of love when Allie goes off to college. While in the movie, Allie attends Sarah Lawrence College in New York, the scenes of her on campus were actually filmed at College of Charleston in Charleston, South Carolina. Much of The Notebook was filmed in this stunning southern city. Boone Hall Plantation serves as Allie’s summer home, scenes of Allie and Noah walking in town were filmed on King’s Street, and the house Noah rebuilds is actually Martins Point Plantation on Wadmalaw Island.

College of Charleston is one of the oldest colleges in the United States and was founded in 1770 by many future signers of the Declaration of Independence and the Constitution. Today, this public university maintains strong ties with its liberal arts foundation, emphasizing core courses in languages, history, science, literature, and the arts. The School of the Arts houses one of the country’s only arts management programs, as well as a prominent program in historic preservation and community planning, and the School of Languages, Cultures, and World Affairs offers extensive language concentrations.

Set at the all-female college in the 1950s, Mona Lisa Smile was able to complete much of its filming on Wellesley’s campus. Large casting calls allowed many Wellesley students to portray their predecessors in the film, and popular campus traditions such as hoop rolling, were depicted in the film to pay homage to the school’s rich history. While many alumni of the school who graduated in the early 1950s claimed the film did not depict enough of the school’s progressive history, they did say the filmmakers captured the tradition, beauty, and sophistication of Wellesley’s campus that remains today.

Wellesley was founded as a part of the “Seven Sisters Colleges” to parallel the then all-male Ivy League. Located just west of Boston, Wellesley partners on research projects and has cross-registration programs with many other Boston-area schools including Harvard, MIT, and Brandeis. With a small student body of just under 2,500, high importance is placed on campus tradition and community with 98% of students living on-campus.

College campuses provide an often scenic and authentic setting for films. Ivy-covered buildings, students reading books in the grass, and bustling campus facilities from arenas to dining halls create the kind of collegiate atmosphere that is hard for filmmakers to recreate. But you don’t need to watch these movies to check out campuses; spring is a great time for college visits, so get out there and experience the college environment in person!