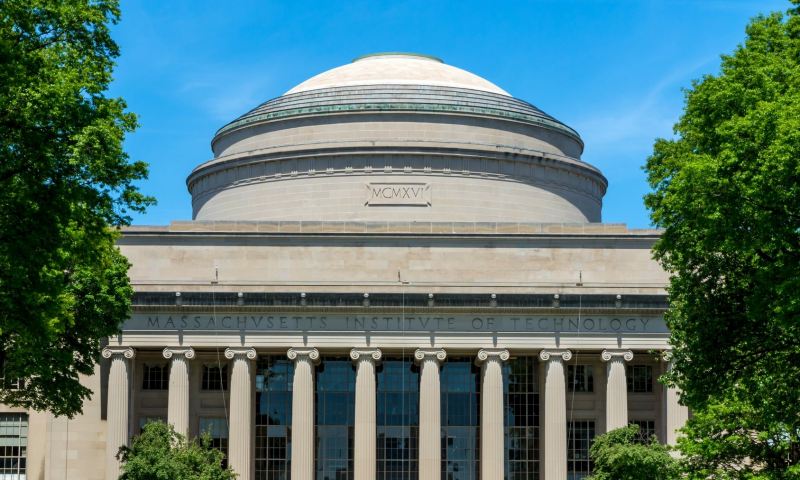 10 MIT Notable Alumni: Who Are They and What Did They Achieve?

Most students who are passionate about science and technology are familiar with MIT. The university is a renowned research institution that provides students with ample opportunities to spearhead their own projects, learn from esteemed faculty, and make connections with MIT’s robust alumni network.

There’s no shortage of famous names and faces when it comes to MIT’s community of alumni. In fact, there are thousands of successful MIT alumni who students can tap for advice, internship opportunities, and research positions. Keep reading to learn more about MIT’s most successful alumni and the impressive feats they have achieved.

Why Is MIT So Prestigious?

Given MIT’s reputation as one of the most prestigious schools in the country, it’s no surprise that the institution counts so many celebrities and famous names amongst their list of alumni. Much of what makes MIT special is the university’s unparalleled commitment to academic excellence.

The grades and test scores that students need to be competitive in MIT’s admissions process are exceptionally high. In fact, in recent years the middle 50% score range for applicants admitted to MIT was a 790-800 in the Math section of the SAT, a 730-780 for the Evidence-Based Reading section of the SAT, and a 35-36 for the ACT. MIT’s acceptance rate is comparable or lower than most Ivy League institutions, with its most recent admissions rate dropping below 4%.

MIT Notable Alumni: 10 of the Most Successful MIT Graduates

As one of the most academically rigorous and prestigious schools in the country, it’s easy to understand why so many notable scientists, entrepreneurs, and visionaries chose MIT as the college they wished to attend. Many MIT alumni are known for the rigorous STEM programs they completed, but there is a wide array of MIT majors to choose from. While it’s challenging to choose just a handful of MIT’s successful alumni to spotlight, here are a few names that stand out for their achievements in their professional fields:

Buzz Aldrin is a former astronaut, engineer, and fighter pilot. He made three spacewalks as pilot of the 1966 Gemini 12 mission, and he was one of the first two people to land on the moon in 1969. After graduating from the United States Military Academy at West Point with a degree in Mechanical Engineering, Aldrin went on to earn a master’s degree at MIT.

Kofi Atta Annan was a Ghanian diplomat who served as the seventh Secretary General of the United Nation from 1997-2006. Annan and the UN were the co-recipients of the 2001 Nobel Peace Prize. Prior to his diplomatic work, Annan studied at the MIT Sloan School of Management in the Sloan Fellow program, earning a master’s degree in Management.

Payal Kadakia is the founder of the revolutionary fitness and wellness platform, ClassPass, which provides people access to the best boutique fitness classes, gyms, and wellness experiences around the world. Kadakia has been listed among Fast Company’s 100 Most Creative People and was named to Fortune’s 40 under 40 list. She holds a Bachelor’s of Science from MIT, where she majored in Operations Research.

After earning his Master’s degree from MIT Media Lab, Jonah Peretti went on to make a name for himself in digital media. He is the co-founder and CEO of BuzzFeed, in addition to serving as a co-founder of The Huffington Post, and developer of reblogging under the project Reblog. He also co-authored a book, Cory Arcangel: All the Small Things.

Shirley Ann Jackson was the first woman to earn a PhD at MIT. In 1995, President Bill Clinton appointed her as chairwoman of the Nuclear Regulatory Commission. During her tenure, Jackson has instituted massive crackdowns on the nuclear power industry’s violations. At MIT, she graduated with a PhD in particle physics.

Another notable MIT alumni is Andrea Wong, who served as International President for Sony Pictures and President and CEO of Lifetime Networks. She is considered one of the great masterminds behind some of America’s favorite reality shows. However, before getting her start in television, she graduated from MIT with a Bachelor of Science in Electrical Engineering. She went on to earn an MBA at Stanford. Since then, she has produced shows like The Bachelor, Dancing with the Stars, and Extreme Makeover: Home Edition. Her shows have won multiple Emmys and Golden Globe Awards.


Just two years after Drew Houston graduated from MIT with a Bachelor’s Degree in Computer Science, he went on to co-found an online file-hosting service with Arash Ferdowski, later known as DropBox. During his time in college, he co-founded an SAT preparation company and was a member of the Phi Delta Theta Fraternity. Houston has since returned to MIT to deliver the 2013 Commencement Speaker speech at his alma mater.

Not all of the most notable MIT alumni names are recent graduates. After completing his studies at MIT in 1939, Richard Feynman went on to become a Nobel Prize-winning theoretical physicist, known for his work in quantum mechanics, quantum electrodynamics, and more. However, he was best known for his work on the Manhattan Project during World War II, when he helped create the first atomic bomb. During his time at MIT, Feyman originally studied mathematics before switching to electrical engineering, claiming mathematics was “too abstract”.

Like many notable MIT alumni, Ivan Getting is credited with creating something that many people rely on today: GPS navigation systems. He was a brilliant physicist and electrical engineer who graduated from MIT with a Bachelors of Science in 1933. He then went on to develop a system that allowed anti-aircraft guns to destroy German flying bombs during World War II. Most famously, he is credited with the development of the Global Positioning System, commonly known as the abbreviated GPS.

Last but certainly not least, Illene S. Gordon is a powerful female entrepreneur credited with founding Ingredion, an ingredient provider specializing in starches. She earned her Bachelor’s of Science in Mathematics as well as her Master’s of Science degree from MIT. While earning her bachelor’s, she wanted to become a math teacher, but she was inspired by other female students in her class to change course and pursue her master’s. She was named in Fortune Magazine’s list of 50 Most Powerful Women in 2015.

Want to be the next notable MIT undergraduate? Learn about student life at MIT.