Across the Pond: Spotlight on UK Universities 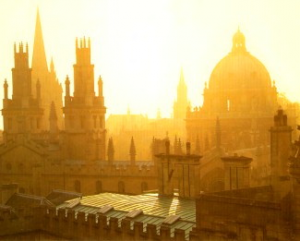 Across the Pond: Spotlight on UK Universities

Cheerio! On July 27th, the 30th Summer Olympic Games will take place in London, making London the first city to host the modern Olympics three times. England also plays host to more than 130 higher education institutions, and similar to those in the US, these campuses are home to past, present, and future Olympians as well as extensive academic and social opportunities. In honor of the Olympic host, the team at IvyWise takes a look at some of our higher-ed friends across the pond.

University of Manchester, Manchester, England
Established: 2004
Undergraduate Students: 28,514
Areas of Study: 400 degree programs, from Learning Disability to Paper Science
Motto: Cognitio, sapientia, humanitas (“Knowledge, Wisdom, Humanity”)
This large, public research university in Manchester, England is home to 40,000 undergraduate and postgraduate students, including 7,000 international students from 180 countries. The university is also home to several interdisciplinary research institutes, such as the Brooks World Poverty Institute, the Biomedical Imaging Institute, and the Sustainable Consumption Institute. A testament to these extensive resources, 25 students and staff have won the Noble Prize, including James Chadwick, who discovered the neutron. In addition to the university’s diverse academic opportunities, the University of Manchester offers 46 Athletic Union Clubs (such as korfball, speleology, and trampoline) and over 80 health and fitness classes. Each year Manchester, along with the University of Leeds and University of Liverpool, participates in the Christie Cup, during which athletes from 28 different sports compete in a daylong tournament. Impressively, Manchester has won the Cup for seven consecutive years!

Imperial College London, London, England
Established: 1907
Undergraduate Students: 13,410
Areas of Study: 158 Departments and centres, from Allergy and Musculoskeletal Surgery to Rail and Transport Strategy
Motto: Scientia imperii decus et tutamen (“Knowledge is the adornment and protection of the Empire”)
Imperial College London is a highly selective, public research university located in South Kensington. The school specializes in the fields of science, engineering, business, and medicine, and is the site of breakthroughs such as the discovery of penicillin and the development of holography. The school’s students hail from 126 countries and can broaden their horizons through elective subjects and language courses outside the field of science, such as philosophy, ethics, and modern literature and drama. Further, the college offers 300 clubs and societies. For example, students can join ChocSoc, the chocolate society, the Imperial College Union Paintball Society, and the Windsurfing Club. Future Olympians might be interested in Sport Imperial, the college’s athletic program, which offers nearly 60 sports and manages Ethos, a four-story athletic facility. This summer, Imperial will host the Japanese Olympic team during the Summer Olympics in London, providing accommodations and practice facilities to the Japanese athletes.

The London School of Economics and Political Science, London, England
Established: 1895
Undergraduate Students: 4,156
Areas of Study: 18, from International Relations to Social Policy
Motto: Rerum cognoscere causas (“To Understand the Causes of Things”)
The London School of Economics and Political Science is home to more than 9,000 full-time undergraduate and postgraduate students from 140 countries. Located in the Westminster section of London, the campus is composed of 30 buildings, many of which are connected through a series of extension bridges. The university holds the distinction of the only UK university dedicated to the social sciences and about 30% of the school’s graduates go on to careers in banking and financial services. Prior to joining the workforce, students learn from world-renowned experts at LSE’s popular public lectures. Speakers have included Bill Clinton, Nelson Mandela, and Alan Greenspan. Additionally, through the LSE Student Union, students can participate in nearly 40 sport clubs and 150 societies. Each year, LSE participates in the Tri-London Championship against University College London and King’s College. Similar to the Christie Cup, the three schools compete in a variety of games including rugby, lacrosse, and basketball.

University of Cambridge, Cambridge, England
Established: 1209
Undergraduate Students: 12,000
Areas of Study: More than 100 departments, from Classical Archaeology to Materials Science and Metallurgy
Motto: Hinc lucem et pocula sacra (“From this place, we gain enlightenment and precious knowledge”)
The University of Cambridge is the second-oldest university in the English-speaking world, second only to Oxford University. Take note future Nobel Prize winners, affiliates of the University of Cambridge have won a total of 88 Nobel Prizes, the most of any institution in the world! For aspiring politicians, the University of Cambridge is the alma mater of 15 British Prime Ministers, 3 Signatories of the United States Declaration of Independence, and at least 25 foreign Heads of Government. Additionally, the campus is home to more than 700 clubs and societies such as mixed martial arts and the trampoline club. The school is also home to the Cambridge University Press, which publishes more than 2,500 titles and 200 journals each year, the Fitzwilliam Museum, the Whipple Museum of the History of Science, and the Polar Museum. For a break from academia, students at this public university participate in May Week, a weeklong celebration at the culmination of each academic year consisting of garden-parties, black-tie galas, and entertainment.

King’s College London, London, England
Established: 1829
Undergraduate Students: 14,500
Areas of Study: 90 undergraduate programs, from Dietics to Artificial Intelligence
Motto: Sancte et Sapienter (“With Holiness and Wisdom”)
The 23,372 undergraduate and graduate students at King’s College are spread throughout five campuses in London: Strand, Waterloo, St. Thomas’, Guy’s, and Denmark Hill. The fourth oldest university in England counts Virginia Woolf, Desmond Tutu, and triple Olympic medalist Katherine Granger among its alumni. King’s students are well prepared for future success at the college’s nine schools, including the school of medicine, the largest center for healthcare education in Europe. Not surprisingly, the school has produced 10 Nobel Laureates, the majority in physics and physiology. Further, the school contains nine libraries, such as the Foyle Special Collections Library and the Institute of Psychiatry Library. Outside of academia, through the King’s College Student’s Union (KCLSU), current students have access to more than 100 athletic and club organizations as well as multiple dining and entertainment venues. Students can also study abroad as part of the school’s extensive partnership with foreign universities. King’s has partnerships with schools all over the world, from Georgetown University and the University of Chicago in the US, to the National University of Singapore and University of Melbourne.

These are just five of the many schools across England and the UK that provide students with excellent academic and social opportunities. IvyWise offers admissions counseling for students interested in applying to universities in the UK, too! Our UK admissions counselors can advise students on all aspects of the UCAS form, as well as all aspects of applications to private universities or colleges, while also providing guidance on essays, interviews, references and more. So whether your higher education plans have you staying stateside or you’re looking to hit the books across the pond, the experts at IvyWise are here to help!