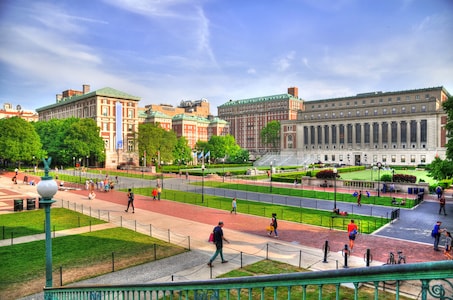 Colleges Report Record-High Application Numbers for the Class of 2025


Despite several significant changes to the admissions cycle due to the ongoing COVID-19 pandemic, many schools are reporting record-breaking application numbers for the class of 2025.

This year, NYU reported more than 100,000 applications for its freshmen class, making it the first private university to exceed this figure. More than 95,000 students submitted applications to NYU’s New York, NY campus, while the rest applied to campuses in Abu Dhabi and Shanghai. Overall, applications to NYU increased by 20% this year.

Overall the Common App reported that private, more selective colleges saw the biggest increase in applications, and they also the application per applicant ratio rise 9% – meaning more students are applying to even more colleges.

This year #CommonApp increases are most pronounced at large universities and more selective (admit<50%) schools. A 9% increase in the application per applicant ratio on top of changes to the process and in the world, will challenge yield models more than ever this year. #EMchat pic.twitter.com/Gnfhx28OzE

The first signs of rising application numbers came at the end of 2020, when a number of schools reported record-breaking application pools in the early rounds. Nearly 8,000 students applied via the University of Pennsylvania’s Early Decision program, a 23% increase from the year prior. Similarly, Brown University received over 5,500 Early Decision applicants, a 22% uptick from the number of students who applied via this process last year.

When it comes to the uptick in application numbers, there are likely several factors at play. A rise in test-optional admissions policies may be encouraging more students to apply to highly selective colleges that they may have previously considered out of reach. Simultaneously, the number of seats at some colleges may be limited due to the rise in students who deferred their admission during the previous year. At the University of Pennsylvania, for example, gap years increased by approximately 300% last fall.

Here are some available application numbers for the Class of 2025

Regular decision notifications will be released in late March and early April, so be sure to keep tabs on our blog and subscribe to our newsletter for the latest college admissions news, expert advice, and updated statistics.