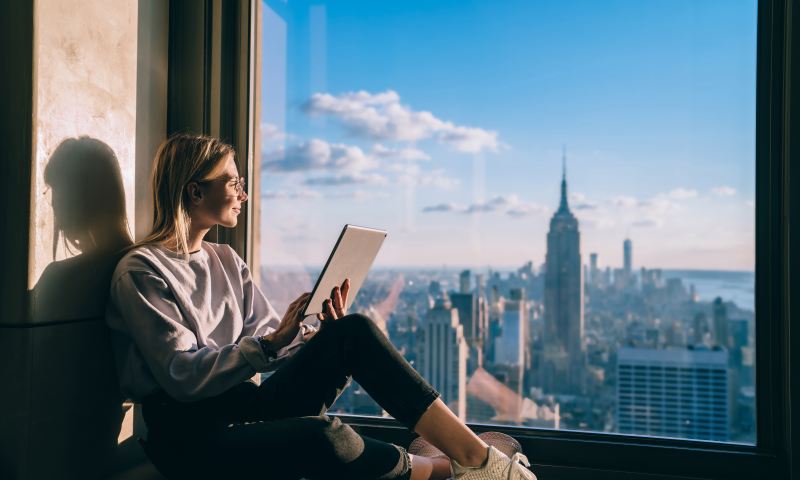 NYU vs Columbia: Which School Is the Better One?

Students interested in going to school in New York City often prioritize two colleges: New York University (NYU)  and Columbia University. Although these institutions are located in the same metropolitan area, New York City, there are several key differences between them.

Given each school’s unique characteristics, it can be challenging to compare NYU vs Columbia and choose one as the better option. Read on to learn more about how these two colleges stack up against each other and to learn what you should keep in mind when applying to either one.

Is It Easier to Get Into Columbia or NYU?

Both NYU and Columbia are top-tier universities that place a heavy emphasis on academic excellence. Each institution receives thousands of applications per year, and unfortunately, both need to turn plenty of promising students away. While both schools are competitive, Columbia is more selective than NYU. For the class of 2026, the admissions rate at Columbia was just 3.7% versus the admission rate of 12.2% at NYU for the same year.

Is NYU a Good School?

Though NYU may be less selective than Columbia, that doesn’t mean it’s not an excellent school. The Stern School of Business, a top-tier business school, renowned film program, and stellar arts programs like the Tisch School of the Arts are just a few of the programs that NYU is known for. The university also offers many compelling study abroad programs and boasts 24 of its professors have been named Highly Cited Researchers. If you are wondering how to get into NYU, most admitted first-year students are in the top 10% of their high school class. The middle 50% ACT score for admitted students was 31-35 points and 1350 to 1530 for the SAT.

Is NYU More Prestigious Than Columbia?

Is NYU Law Better Than Columbia?

NYU Law and Columbia Law are both considered highly competitive, much like each university’s undergraduate programs. However, Columbia University’s Law School is ranked slightly above NYU’s on the US News & World Report list. Columbia Law School also has a slightly lower acceptance rate than NYU’s Law School. Again, both programs are fantastic, and students should pursue the school that is the best fit for their needs and goals.

Are NYU and Columbia Rivals?

While some students may believe otherwise, NYU and Columbia do not have a known rivalry. The colleges do not compete against one another in athletics, first off. Generally, there isn’t enough direct competition between the two universities to consider them rivals. Although NYU and Columbia may be close to one another geographically, there are too many pronounced differences between the colleges to consider them true rivals.

Which School is Better if You Have to Choose Between NYU or Columbia for an Executive MBA Program?

NYU and Columbia are both excellent choices for an Executive MBA program. Columbia has a lower admissions rate, but both Executive MBA Programs are known for being exceptionally competitive. Both programs can help set students up for a promising business career, not only in finance, but also in consulting, media, and technology. NYU offers many specializations, including Product Management, Banking, and FinTech. While Columbia doesn’t have specializations, it does offer a wide array of electives.

NYU vs Columbia: How to Choose Between the Two Top Universities in New York City

Since NYU and Columbia are both internationally-renowned universities with a plethora of offerings, it may be challenging for students to choose between the two schools. Since it’s not an easy decision, it’s important to weigh all of the pros and cons associated with each school and consider what they are each known for.

While Columbia University is considered part of the Ivy League, NYU has a distinct identity and appeal of its own. Located in the heart of downtown Manhattan, NYU is a world-class university that boasts one of the world’s most dynamic environments for arts, music, and culture.

To help you decide which college might be more suitable for you, here’s a look at how the schools compare:

Both NYU and Columbia University are well-regarded for their academic excellence. The latter is known for its undergraduate Core Curriculum: “a communal learning experience that cultivates community-wide discourse and deliberate contemplation around seminal works, contemporary issues, and humanity’s most enduring questions.” In contrast, NYU does not have a core curriculum that all undergraduates must complete. NYU undergraduate course requirements vary depending on a student’s major. NYU offers 270 areas of study, ranging from Art & Media to Business to Science, Technology, Engineering, & Math.

NYU and Columbia are both committed to cultivating diverse classes filled with students from different backgrounds and walks of life. NYU’s student body is significantly bigger than Columbia’s, at about three times the size of Columbia’s undergraduate class. Both colleges also attract applicants from all over the world and provide students with plenty of opportunities to study abroad.

NYU offers many different extracurricular activities and opportunities for students to build connections with their peers and fellow classmates. There are more than 300 active student clubs on campus, ranging from the Cheese Club to the Superhero Club. Additionally, NYU has varsity athletic teams, 24 club sports teams and intramural sports and events..

Columbia also offers many activities for students to become involved in. There are more than 500 student-run clubs and organizations, ranging from philosophy journals to investment clubs to intramural athletics. Columbia also has more than 50 performance groups and 60 social justice service and student-led initiatives and clubs.

Nightlife and Things to Do

It’s important to consider every aspect of each school, including where you’ll be able to find the best college campus food. Since NYU and Columbia are both in New York City, students have all five boroughs to explore to take advantage of the city’s unique, global food scene. Columbia is located in Morningside Heights and boasts its own distinctive campus. NYU’s “campus” is quite different because it doesn’t have a set campus. Instead, NYU is defined by its location in Greenwich Village; it prides itself on being “in and of” the city.

Regardless of which school a student chooses, they will be able to explore all of the museums, sightseeing, shopping, and fine dining that New York City has to offer.

Columbia University has an enclosed campus, while NYU is in the heart of bustling downtown Manhattan. Both colleges offer a variety of different housing options within walking distance of their main buildings, making it easy for students to travel to and from classes. Living accommodations at both schools are considered to be top-notch, with many different housing options to suit various student needs.

US private universities are notoriously expensive, and NYU and Columbia are no exception. The full tuition for both colleges hovers around $60,000 annually, and most students will also need to budget for room and board. However, since NYU and Columbia both have large endowments, many students who attend these colleges receive some form of financial aid to make paying for their education more feasible.

NYU or Columbia University: Who Wins?

When it comes to comparing NYU versus Columbia, it’s impossible to choose a winner. Depending on your interests, preferred campus size and feel, and future career aspirations, one college may outweigh the other in your own decision-making process. Although Columbia has a slight edge when it comes to selectivity, gaining admission to either college is a major accomplishment.

NYU and Columbia are far from the only colleges that a student should consider. Even if your heart is set on attending college in New York City, it’s important to weigh other options to round out your college list. You may want to start expanding your search by looking into other schools that are commonly compared, such as Princeton versus Harvard.

Raise Your Chances of Acceptance with IvyWise

While NYU and Columbia are both exceptionally competitive, there are several steps you can take to boost your admissions odds, including working with a college admissions counselor. The right counselor will help you build a balanced school list, prepare your applications, and ensure that you present yourself in the best light possible. If you’re interested in taking advantage of college counseling, the IvyWise team of expert admissions counselors is here to help.