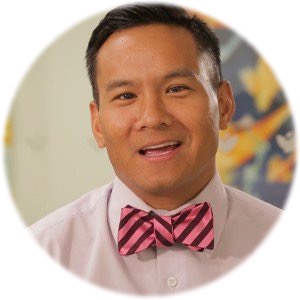 As a Master College Admissions Counselor at IvyWise, Nat is excited to help students reach their goals and get into their best-fit schools. He previously served as an Associate Director of Undergraduate Admissions at his alma mater, Skidmore College, and was the Senior Assistant Director of Admissions at New York University and, most recently, at the hyper-selective NYU Abu Dhabi.

We asked Nat some questions about his education and admissions history, and we put him on the spot with some of last year’s college application questions.

What was the subject of your college application essay and why did you choose that topic?
I wrote about skateboarding because it was something that an admissions reader wouldn’t know about me from the rest of my application. It was a big part of my identity, and probably a big surprise to the admissions committee considering I was a recruited tennis player.

When you were a senior in high school, what did you see yourself being when you “grew up”?
I wanted to be a sport psychologist and help athletes perform at their highest possible level. I can check this box on my bucket list. I spent a few years after graduating from undergrad pursuing a MA in Sport Psychology, and worked with elite tennis players, including a former French Open winner.

Tell us about working with students as part of NYU Abu Dhabi.
NYU Abu Dhabi students are absolutely amazing! Each class of 150 students typically is comprised from over 70 different countries, and it really made me rethink the definition of diversity in the American university system. Working with the students reaffirmed my belief that we all have so much more in common with each other than at the surface, regardless of religious, political and geographical differences. I’m going to miss working with NYUAD students, many of whom I keep in touch with regularly.

What do you like to do during your free time?
I love being active. I swim, bike, and run quite a bit. I also love playing tennis with my wife, who was a member of the Skidmore Women’s team that won the National Championship. We trained one of our pugs to fetch tennis balls and he acted as our personal ball boy when he was younger. I also love working on cars. I’ll do anything quick, like oil changes or brake pads, to something more time-consuming like replacing the entire suspension system. You learn so much about how things work by taking things apart!

Taking a cue from some of last year’s college applications:

To learn more about Nat, read his full biography.