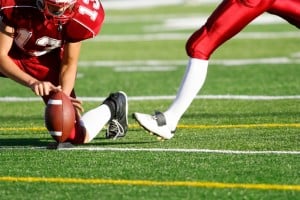 Don’t be surprised if there is a spike in applications to all colleges, but particularly highly selective institutions, this year. Here are three obvious reasons.

But if you’re looking at Northwestern, Duke, Rice and Vanderbilt Universities this fall, you should pay keen attention. Unlike other years, these top ranked private institutions are experiencing recent success in an unlikely place: the football field.

Unlike many institutions ranked in the top 25 of US News and World Report’s Annual College Rankings, Duke (#8), Northwestern (#12), Rice (#17) and Vanderbilt (#18) compete in the NCAA Football Subdivision (formerly Division I-A.) Unlike their Ivy League peers, who compete in the Football Championship Subdivision (formerly Division I-AA), these medium sized research universities compete against football powerhouses. For example, Duke plays against Florida State in the Atlantic Coast Conference (ACC), Northwestern battles against Ohio State in the Big Ten, and Vanderbilt holds its own against SEC rivals Tennessee, Georgia and Florida. Although Rice belongs to Conference USA, the Owls often play against the University of Texas in a classic David vs. Goliath match up. So, it comes as no surprised that these schools usually lose to rivals from larger, well-funded colleges where winning college football games is a tradition.

What is unique about this year? Duke, Northwestern, Rice and Vanderbilt are surprising everyone by winning, not just once, but regularly. Midway through the college football season, each school is posting winning records and don’t be surprised if one or two of these schools will be competing in a coveted season-ending bowl game. Two of the most surprising results are from Duke and Rice. Last year, Rice was 3-9 and Duke was 1-8 (beating Northwestern, ironically). As of the end of October, Rice is 5-3 and Duke is 4-4.

Widely known as the “Flutie Effect” in college admissions, a winning football season usually results in a swell of applications. The increased attention given to these schools by sports media coupled with increased campus morale among students, faculty and alumni effects on prospective applicants positively. So, if these colleges continue winning on the football field this season, don’t be surprised if their admissions offices reap the benefits. And if you’re looking at one of these colleges, be advised: you may be facing an uphill battle to win admission.