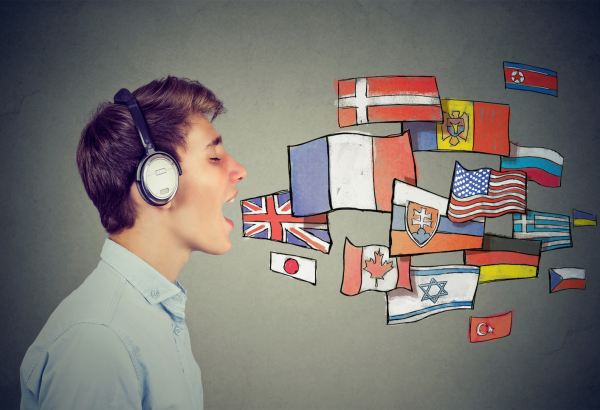 If you are considering taking a Foreign Language SAT Subject Test, there’s a chance you’ll have to decide whether to sit for the Listening or Reading-based format depending on the language you intend to test for. But how do you know which is the best-fit for your abilities? And how should you prepare for any Foreign Language SAT Subject Test, depending on if you’re a native, heritage, or non-native speaker?

At what point are you ready to take a Foreign Language SAT Subject Test and which one(s) should you pick? It’s worth noting that Foreign Language Subject Tests are designed for native English speakers who are non-native speakers of the languages in question. With this in mind, the recommended preparation for most Foreign Language Subject Tests is generally between two to four years of coursework, with three to four years recommended for Spanish and French, regardless of whether you choose the Reading or Listening format. It’s advisable at the very least to be in Level III of your chosen language(s), and preferable to be in Level IV or V/AP, or as close to the highest level of preparation as possible.

Did you know that the College Board offers 12 Foreign Language Subject Tests? Half of them are Reading-based tests, while the other half are Listening-based tests. The breakdown is as follows:

Exam Types
Once you’ve determined which language or languages you’re most prepared for, then, depending on the languages in question, you may either have only a Reading test, only a Listening test, or a choice between both formats.

You might wonder whether colleges and universities prefer one type over another. If a particular language offers the choice between the two formats, the Listening version is typically the more “impressive” of the two, since it tests more skills than the Reading-only test. However, this is not usually a make-or-break factor. So which format should you choose? Well, it depends: are you a native or heritage speaker, or a non-native speaker? Generally, you should choose the format that you are most likely to excel in, and it will depend on your language skills, preparation, and proficiency level.

Tips for Native and Heritage Speakers
You may be wondering: what in the world is a heritage speaker? A heritage speaker is often someone who grew up exposed to the relevant language through their family, but in a country in which said language is not the official or dominant language. For example, compare a high school student who grew up in Montreal, where French is the official language, with a high school student who grew up in New York in a francophone Haitian household. The first student would be a native speaker of French, while the second student would be a heritage speaker if they grew up hearing or speaking French at home with relatives and in their local community.

Native and heritage speakers are more likely than non-native speakers to score highly on these tests, often even achieving perfect scores of 800. Every student’s college preparation situation is, of course, unique. While you should by all means try to maximize your competitive standardized test scores, consider if you might be able to stand out in other areas.

Generally speaking, native speakers may want to consider showing off their abilities in a different language, or in other subjects altogether. If you’re a native speaker and do decide to test in your native language, you might consider the Listening-based test, if it’s an option, though you’re likely to do well regardless of the format. My biggest tip for you is to familiarize yourself with what’s actually on the test, because being fluent in the language won’t be of much help if you’re not “fluent” in test-taking.

Tips for Non-Native Speakers
It’s important to keep in mind that SAT Foreign Language Subject Tests are designed with non-native speakers in mind. Non-native speakers who attain competitive scores are especially impressive to admissions committees as excelling in a language that is not your own takes extraordinary skills, dedication, and preparation. However, you have to work that much harder in order to achieve a high score. It’s especially important to be aware that the test makers often throw in various “distractor choices” and occasional trick questions which are bound to be answered incorrectly by native English speakers who let their guard down. In contrast, these are the types of questions that native, and often heritage, speakers are likely to find easy.

Non-native speakers should err on the side of greater and more extensive preparation than would be the case for other test-takers. Unless you’re a very solid and confident foreign language student in Level III, you might want to hold off until Level IV or V/AP so that you’re as prepared as possible. No two non-native speakers will have the same linguistic strengths and weaknesses, so the choice of test format will vary. If listening is particularly a strong suit of yours, then it makes sense to consider that format. If grammar and vocabulary are your strongest areas, then you could choose either format, though you might do especially well on the Reading test. If you’re weak in grammar and vocabulary, however, note that since both exams test these areas, the Reading test is the one that focuses solely on grammar and vocabulary, and thus may be the more challenging option. Ultimately, it’s a wise test prep strategy to take one or more diagnostic tests across the different formats and to stick with the version that you perform the best in.

A competitive score on a Foreign Language SAT Subject Test is an asset to one’s college applications, all the more so if that language aligns with your core interests. Keep in mind, however, that impressing schools is not the only reason to take these tests. A genuine love of a particular foreign language and an appreciation for the societies and cultures in which it’s spoken is another completely valid reason to put your language skills to the test.

At IvyWise we have a team of expert tutors that can help students prepare for Foreign Language SAT Subject Tests, in addition to any other Subject Test that students are interested in taking. Contact us today for more information on our test prep services!