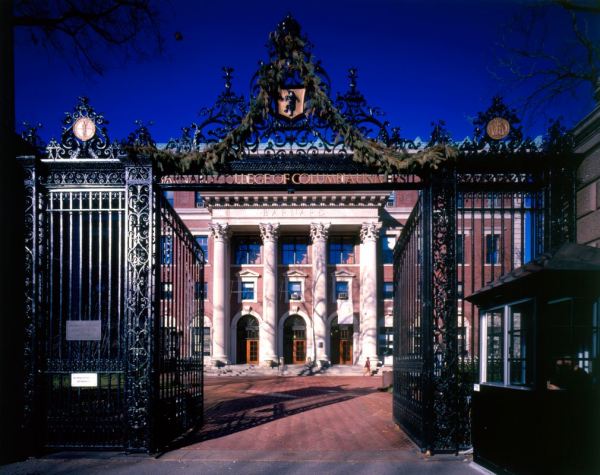 Though it may seem hard to believe, the topic of women’s history is a relatively recent addition to higher education, having been largely absent prior to the 1970s. To address this issue, the Education Task Force of California established Women’s History Week. Strong support eventually led to Congress declaring March as Women’s History Month, and today thousands of events celebrate the accomplishments of female leaders in various fields. For students interested in women’s history and gender studies, Dr. Kat and the expert counselors at IvyWise have identified a list of colleges and programs that would make Susan B. Anthony proud.

Moravian College, Bethlehem, PA
Founded as the Bethlehem Female Seminary, Moravian College earned early support from George Washington, who petitioned for admission for his nieces. Today, 1,700 women and men can experience this private school’s heritage as a women’s college through various outlets and traditions. The interdisciplinary Women’s Studies minor features electives such as “Seeing and Believing: Women, Religion, and Film” and “Sociology of Gender.” In addition, students can take advantage of courses, workshops, and conferences offered by Cedar Crest College, DeSales University, Lafayette College, Lehigh University, and Muhlenberg College, through the Lehigh Valley Association of Independent Colleges Women’s Studies Coalition. After class, they can participate in activities and organizations such as the American Association of University Women, Pay Equity Day, and Take Back the Night, a multi-day march/rally in which students advocate against violence on campus and in the community. During Women’s History month, the Moravian campus is host to a series of lectures (such as Latina Leadership in the New Millennium), art exhibits, and comedy shows, and a university-wide “girls’ night,” complete with movies, junk food, a manicurist, and masseuse.

Moravian men and women can choose from more than 50 areas of study on the Bethlehem, Pennsylvania campus and can study abroad in more than 30 locales. Moravian is home to seven sororities and fraternities (20% of students participate in Greek Life), more than 90 student organizations (from the Harry Potter Society to the Argentine Tango Club), and the NCAA Division III Greyhounds. The college is also proud of its music and arts programs, which are shared with the wider Bethlehem community – the annual Vespers program, featuring the Moravian College Choir, is broadcast on television each year, and student artwork is displayed in the on-campus Payne Gallery.

Barnard College, New York, NY
Established in 1889, Barnard College is named after Frederick Barnard, who originally advocated for the admission of women to Columbia University. Thanks to Frederick, today’s 2,400 female undergraduate students at this private liberal-arts college can major in nearly 50 areas of study and can even cross-register for classes at Columbia. The school’s Women’s, Gender, and Sexuality Studies department features historically-focused courses such as “Early Jewish Women Immigrant Writers: 1900-1939” and “Historical Approaches to Feminist Questions” and also covers modern themes such as “Gender and Power in Transnational Perspective.” Majors are required to complete a research project with a faculty member; areas of specialization include “Feminist and Queer Politics and Ethics in the U.S. Public Life” and “Sociology of the Body, Sex, and Gender.” Students can utilize resources such as the Barnard Center for Research on Women and the Consortium with Africana Studies and American Studies. To celebrate Women’s History Month, the school hosts Barnard Reach Out: Women in Service, which allows students to volunteer with organizations such as Figure Skating in Harlem, RightRides for Women’s Safety, and St. Mary’s Food Pantry.

Given its partnership with Columbia, Barnard students can enjoy the benefits of a small, all-female liberal arts college and a large, co-educational institution. Students at either school can pursue classes, athletics, and student organizations at the other, opening the door to nearly 50 languages, more than 250 student organizations, and thousands of internship opportunities. Located in New York City, Barnard keeps its campus community lively by hosting cherished traditions such as Spirit Day, Midnight Breakfast, and Big Sub.

Mount Holyoke College, South Hadley, MA
Established by Mary Lyon as the first of the Seven Sisters Colleges, Mount Holyoke College in South Hadley, Massachusetts, was founded nearly a century before women gained the right to vote. Today, Lyon’s motto “Go where no one else will go; do what no one else will do,” continues to inspire the 2,200 female students at this private liberal arts college. One of 48 departmental and interdepartmental majors, the Gender Studies program explores the relationships between gender and class, race, nationality, sexuality, and social practices. Courses include “Worthy Hearts and Saucy Wits,” on Eighteenth-Century English Literature, “African American Women and US History,” and “Women Experimental Filmmakers.” During junior or senior year, majors are required to complete an internship or independent project. Recently, students have worked with Pioneer Pathways: A Health Crisis Resource Center, the Massachusetts Commission Against Discrimination, and G.L.A.S.S. (Gay, Lesbian, And Straight Society). True to Lyon’s vision, Mount Holyoke encourages students to study abroad, offering programs in more than 50 countries – students can study “Social Justice, Gender, and the Environment” in Latin America, “Gender, Health, and Development” in West Africa, or “International Perspectives on Sexuality and Gender” in the Netherlands.

For students who prefer to stay stateside, through the Twelve College Exchange Program, Mount Holyoke students can spend time studying at a participating partner institution such as Dartmouth College or Vassar College. Additionally, Mount Holyoke is a member of the Five College Consortium (with Amherst College, Hampshire College, Smith College, and the University of Massachusetts at Amherst), allowing students access to a myriad of academic, social, and cultural events among the five campuses, all within 20 minutes of each other. On campus, students can choose from more than 150 student organizations (such as the Food Justice Society and the Kachimushi Naginata Club, a traditional Japanese martial art for women).

Wesleyan College, Macon, GA
One of the first colleges in the world to grant degrees to women, Wesleyan College now offers women 31 majors, 26 minors, and eight pre-professional programs to its all-female student body. Due to the interdisciplinary nature of the Women’s Studies major and minor, many courses are cross-listed with other departments, for example “Women and Economic Development,” “Women’s Issues in Contemporary Art,” and “Gender and Philosophy.” In addition to providing an integrative classroom experience, students in the Women’s Studies department are expected to fulfill a general education workplace experience, which can take the form of volunteer or advocacy work or even production of a creative project. True to its motto, “First for Women,” the school lays claim to the first alumnae association, the first sororities, Alpha Delta Pi and Phi Mu, and counts among its graduates the first woman to argue a case before the Georgia Supreme Court and the first woman in Georgia to be issued a commercial pilot’s license.

Located on a picturesque 200-acre campus in Macon, Georgia (aka “the Heart of Georgia”), Wesleyan College is a private, liberal arts college. The school engages a class system, where incoming freshmen are assigned to a “class” vacated by the outgoing seniors – the Green Knights, the Purple Knights, the Red Pirates, and the Golden Hearts; each of these classes is paired with another, creating what are known as “sister classes.” The school’s 630 undergraduate students are further united by strong traditions (like STUNT, an annual theatrics event, and the Candlelight and Marker Ceremonies for seniors), and an active participation in more than 40 student organizations (from the Equestrian Club to the Wesleyan Society of Appreciation for Cinematic Production). Off-campus, students can also enjoy the International Cherry Blossom Festival, the Georgia State Fair, and the Macon Film Festival.

The Ohio State University, Columbus, OH
The third-largest university campus in the US, The Ohio State University offers 175 majors, more than 1,000 student organizations, and 120 study abroad programs to its 42,000 undergraduate students. A co-ed institution, OSU is particularly proud of its Department of Women’s, Gender, and Sexuality Studies (WGSS), one of the largest and most comprehensive feminist studies programs in the country. In addition to thought-provoking prerequisites like “Feminist Analysis on Globalization,” students can choose from unique electives, such as “Women and Addiction.” WGSS offers several opportunities for students to get involved outside the classroom as well. The department works with organizations such as Peer Power, a program for local public schools that raises awareness of gender and diversity issues, and Leadership Ohio, an institute where students learn from female public officials, advocates, and activists. Frequent events such as the WSGG Film Series, FemUNITY, and lectures such as “From Platitudes to Priorities: Diversity and Gender Equity in the Workplace” keep OSU at the forefront of discourse on modern women’s issues. The department is especially active each March with events such as a Women’s Safe Night Run/Walk sponsored by Nike and an art exhibition titled “The Essence of Sisterhood.”

Despite the large undergraduate population at this public institution, The Ohio State University gives students a personalized educational and social experience highlighted by the First Year Experience. The First Year Experience includes a pre-Freshmen summer camp, a community service Spring Break, and field trips to local points of interest. Once settled on campus, students can participate in the multitude of clubs (covering everything from American Sign Language to Zoology), cheer on the Buckeyes, members of the NCAA Division I Big Ten Conference, or go Greek by joining one of the school’s 65 fraternities and sororities.

In her fight for women’s suffrage, Susan B. Anthony said “Organize, agitate, educate, must be our war cry!” Though Anthony and many of her fellow suffragists lacked access to higher education, today, women, on average, account for 56% of applicants to four-year colleges. For students who are interested in schools with a strong history of gender equality or for students who want to continue trailblazing in the arenas of women’s, gender, and sexuality studies, these schools may be a great place to start your college search!