Dr. Kat’s List: Five Colleges to Rock the Vote, Get Elected, or Elect for Change 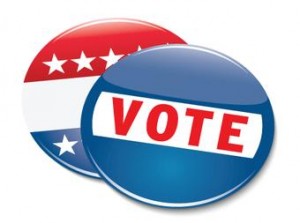 The presidential election may only happen once every four years, but political activism doesn’t have end with just a vote. For many students across the country, being politically active and aware is a way of life that can play a big role in their interests and goals.

For students looking to participate in a politically active student body, from the curriculum to the voting booth, here are Dr. Kat’s five colleges where you can rock the vote, get elected, or elect for change.

American University, Washington, DC
71% of American University‘s incoming freshmen say that keeping up-to-date with political affairs is important to them, so it’s no wonder that a university located in the middle of our nation’s capital has one of the most politically active and conscious student bodies in the country.

AU students are known for their political involvement, whether it is through activism, internships on Capitol Hill, or educating others to be more politically aware. This past year, AU’s Student Government brought the voting information service TurboVote to campus, where students can easily sign up online and register to vote, request an absentee ballot, and receive alerts on election dates and registration deadlines.

However, it’s not just American politics that pique AU student’s interests. Entering AU freshman can spend a month the summer before their first year studying Italian politics and culture at AU of Rome in the popular First Year Seminar Abroad program.

But it’s not all politics at this private, liberal arts university located in the heart of Washington, DC. With an undergraduate enrollment of close to 7,000 and over 200 student-led clubs and organizations, there’s something for even the most non-partisan students, from club sports to a bustling Greek fraternity and sorority culture. There are also more than 100 AU study abroad programs, including programs in Argentina and Morocco, for students interested in studying in another country for a summer, semester, or even an entire academic year.

Many of AU’s first-year students participate in the Freshman Service Experience, where students spend two days and three nights volunteering in DC-area non-profits. It’s a great way for new students to get to know their city and bond with other peers in their class during the weekend’s presentations, dinners, and social events.

Grinnell College, Grinnell, IA
Grinnell College in Grinnell, Iowa is a small school with a big mission: help change the world. Known for its rigorous political science program and its dedication to service, social activism and social justice, Grinnell is certainly a place where students can begin to elect for progress in the world around them.

With their first-in-the-nation caucuses and status as a “battleground” state in presidential elections, Iowa is a particularly politically-active state. At Grinnell, Iowa’s political activism is apparent in its highly politically-engaged student body. Grinnell students from both sides of the political spectrum are known for their participation in presidential campaigns, since many candidates set up shop in this swing-state.

However it’s not all political rallies and campaigns here; Grinnell’s commitment to social responsibility also extends past the voting booth. The school is a leader in sending alums to the Peace Corps and its own Grinnell Corps, a year-long postgraduate service program in Asia, Africa, and North America.

Freedom and democracy are core ideals even outside of political science classes. Students are given the freedom to help create their curriculum with their advisor, and have great independence in their “self-governing” residence halls, where students, rather than RAs, are responsible for maintaining a functioning and courteous living environment.

Even if politics isn’t your thing, this private, liberal arts college has something for everyone. Grinnell’s over 100 student organizations ensure that the school’s 1,600 students have an outlet for any interest.

Music enthusiasts can join the famous G-Tones a cappella group, or if you have an appreciation for Japanese animation, the campus Anime Club is for you. Grinnell’s 120-acre campus houses 60 buildings, and hosts more than 500 free events every year, including on-campus concerts, guest lectures, plays, and various social events.

New College of Florida, Sarasota, FL
The New College of Florida, located in another one of the country’s “battleground” states, is a small honors college with a big commitment to independence and political activism. Frequently recognized as one of the country’s most politically active campuses, this school’s innovative liberal arts curriculum makes it a great-fit institution for civic-minded students.

Each semester, students complete a contract with their advisor instead of signing up for credit hours. These contracts set parameters for measuring student success, and include courses as well as internship and research projects. This freedom gives students the independence to choose the curriculum that best-fits their interests. Often times these interests include activism through on-campus organizations like Students Working for Equal Rights and Sarasota IndyMedia, a nonprofit that reports on important community issues that are often ignored or misrepresented by other media outlets in the area.

The school’s political science program is another model of freedom and responsibility, with students often creating their own interdisciplinary programs depending on what aspect of national or international politics they want to study.

Just one hour south of Tampa and 10 minutes away from downtown Sarasota, students can venture off the New College of Florida campus for a plethora of cultural and recreational sites, like the John & Mable Ringling Museum of Art and the beaches of Siesta Key.

This public, independent liberal arts honors college has an undergraduate enrollment of about 845 students. Apart from its unrestrictive curriculum, the school’s grading system is also notable in that there just isn’t one. Professors provide robust evaluations in lieu of grades. Through this, faculty get to know their students very well, and are able to write stellar recommendations upon graduation.

In line with its dedication to civic action and community service, the school is also noted for its volunteer work. Nearly 80% of students volunteer before graduation. The New College of Florida is also one of the nation’s leading undergraduate institutions of per-capita Fulbright winners with more than 30 Fulbright scholars in the past five years.

Texas A&M University, College Station, TX
Texas may not be much a of a “swing state,” but Texas A&M University in College Station has a very politically-aware and motivated student body that spans every facet of the political spectrum. Aggie students are known for being outspoken when it comes to political viewpoints, and they also place a high value on giving back to the university and College Station community through service, with over 17,500 students volunteering to complete over 1,650 projects during the school’s The Big Event program.

A&M’s student government is also very involved in all things that affect the student body, both on a local and national level. A&M’s student government is responsible for coordinating the first ever SEC in DC program, where students from A&M, conservatives and liberals alike, along with other schools in the Southeastern Conference, travel to DC as representatives of their university and advocate for higher education interests to members of Congress and other policy makers in the nation’s capital.

Located just a few hours from Houston, Austin and the coast, Texas A&M isn’t all policy and politics on campus. The school’s over 45,000 students can choose from over 120 undergraduate degree programs, from agribusiness to zoology, at this public research university. The campus boasts more than 800 student organizations and has one of the country’s largest university intramural sports programs, with 1 in 4 students playing on one or more teams.

Formerly an all-male military college, A&M is also known for its Corps of Cadets, made up of 2,300 men and women in ROTC programs from all four military branches. It’s the largest uniformed body of university students in the nation apart from the military service academies.

University of Chicago, Chicago, IL
Located in one of the country’s largest metropolitan areas, the University of Chicago is a great school for students who are looking to make a difference in the country’s political landscape. UChicago students are known for their political activism and dedication to social justice in an effort to elect for change in the world around them.

Students looking to rock the vote often participate in on-campus organizations like the Young Democratic Socialists or the College Republicans, and many work on the numerous political campaigns that operate within the city.

But it’s not just party politics that get students involved. UChicago fosters a curriculum that allows for “open and rigorous inquiry,” making it a hotbed for students who have a curiosity and thirst for enlightenment concerning any issue. This plays a big part in campus activism, which often takes form in public rallies, protests, letter-writing campaigns, open debates, and lectures.

UChicago’s social justice organization is made up of faculty and student organizations across all majors and academic fields, and hosts a forum where students, clubs, and faculty can give updates on events, rallies, or any other political events that are happening on campus. For students looking to get involved in civic engagement there is the Urban Education Institute, which aims to improve the model for public education, or the Urban Health Initiative, with the goal of improving urban healthcare.

While UChicago’s policy-minded student body might be electing for change through their public activism, they’re not the only ones making a name for this private research university. The University of Chicago has been home to over 85 Nobel Prize-winners, over 200 Guggenheim fellows, 30 Macarthur “genius” fellows, and 20 Pulitzer Prize-winners.

The school’s 211-acre, urban campus hosts over 5,000 undergraduate students and 140 research centers and institutes; numerous world-class theaters, museums, and art centers, along with over 400 student organizations, with about 10% of students involved in Greek letter fraternities and sororities. Students who live on campus (nearly 60% of the student body) have access to a number of great housing and dining options, including a wide variety of South Asian, Middle Eastern, North African foods at Bartlett and Cathey Dining Commons, as well as “houses” within campus dorms made up of academic and social student communities.

The election may be over, but the fight for change never ends. Other schools that are noted for their politically-active student bodies include Georgetown, UC Berkeley, University of Maryland, and College of the Atlantic. If you’re looking to make a difference in politics or activism, one of these schools could be a good place to cast your vote! We wish you the best of luck in your college search!