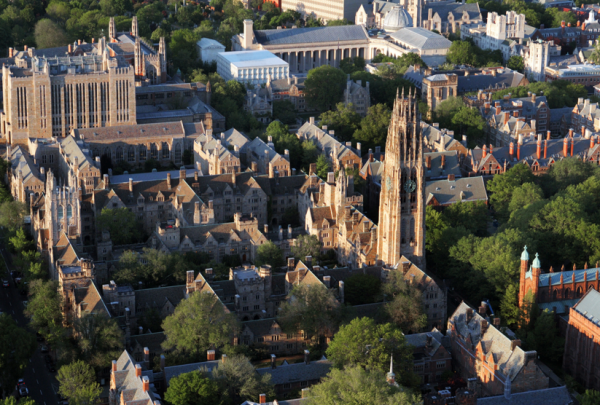 I hope you’re excited to see the latest installment of how Hollywood brings J.K. Rowling’s words to the big screen in Harry Potter and the Half-Blood Prince. Although none of my students have listed being a “muggle” on their resumes, many students have wanted to attend a campus that is reminiscent of what they have read or seen in Rowling’s books. From my campus visits and speaking with my team of counselors at IvyWise, we have identified five American universities that, due to their physical appearance, residential community, academic rigor, extracurricular opportunities, and unique traditions, would make Hogwarts proud.

The University of Chicago, Chicago, IL

The University of Chicago has got Hogwarts written all over it, not least of all in its majestic dining center, Hutchinson Hall, which just so happens to be a replica of Oxford’s Christ Church (the same used in the Harry Potter films). This striking architectural similarity, coupled with the school’s gargoyle gothic facades, is sure to ring any Harry Potter fan’s bell. So, too, is the university’s residential system, which was first introduced at English universities like Cambridge and Oxford (undoubtedly an inspiration for Hogwarts’s four houses). The University of Chicago’s 38 “Houses” have distinct personalities and traditions. Each has its own house councils, tables, and sports teams. As if that weren’t enough, the University’s seal sports a phoenix, a common image throughout the Harry Potter series, and one that would make Dumbledore proud.

Located on 745 acres overlooking Cayuga Lake in upstate New York, this research university is fairly removed from the hustle and bustle of Manhattan (as Hogwarts is from London). Cornell’s West Campus residential community, appropriately called “The Gothics,” along with the War Memorial, Risley Residential College, and the Law Library, are gothic masterpieces. There’s big school spirit here, too. Ice hockey, lacrosse and football games bring out huge crowds. Like competitors in the Triwizard Challenge, Cornellians wear their red scarves when they compete against their Ivy League rivals. Combined with snowy winters, intense studying with students who know how to work hard and play hard, it’s easy to see how the Weasleys would feel at home here.

Kenyon College, Gambier, OH
Want to play quidditch? Guess what: you can at Kenyon. This top-notch liberal arts college located between Columbus and Cleveland is the oldest in Ohio. When walking into Peirce Hall, it is impossible not to feel that you’re stepping into Hogwarts’s Great Hall. Here, students enjoy having their meals while admiring large stained-glass windows that illustrate works of American and British Literature. See a group of athletic young men with shaved heads wearing large black and purple Kenyon jackets? Don’t be afraid—they’re not from Slytherin House. Chances are they are members of Kenyon’s record-setting men’s swimming team. No other team has been as successful as Kenyon’s, which has won 30 consecutive national championships. The women are pretty good too: they have won 23 national swimming championships. Lastly, there are so many trees on this thousand-acre campus that it may feel like the Forbidden Forest. Fortunately, Hagrid does not need to protect students from mystical creatures that lurk there. Instead, you are likely to find actors, writers and scientists who are passionate about studying and living in this tight community.

Bryn Mawr College, Bryn Mawr, PA
Don’t be surprised that when you visit this liberal arts college for women outside of Philadelphia, you’ll find students who are proud of their Hogwarts-esque campus. With cloisters, residence halls with stained glass and in-room fireplaces, the castle-like campus possesses the Gothic flair one would expect to find in England. Talking to any “Mawter,” you get the sense that they are almost fanatical about Harry Potter. They’ve got the Yule Ball, and an actual quidditch team. But unlike Kenyon’s students, Bryn Mawr women have played quidditch on campus since the mid-90s. Harry would be proud that the school’s mascot is an owl. And although Bryn Mawr does not have residential houses, each incoming class has its own color, class adversary, and sister class. Finally, Bryn Mawr has the requisite Facebook group claiming they are “the true Hogwarts,” and as any alumna will tell you, spending four years here is a magical experience (as Hermione could probably attest).

Yale University, New Haven, CT
As the third-oldest college in America, this might be as close to Hogwarts as one can get. The campus is full of towers, courtyards, arches and balconies, and boasts some of the country’s most breathtaking gothic architecture. Like Hogwarts, the Yale campus conceals many nooks and crannies. For example, under Sterling Library there’s a tunnel that leads to another library, part of Yale’s large underground network of unseen passageways, some of which remain locked or forgotten. Yale’s secret societies (such as Skull and Bones, which has been made famous by Hollywood) may remind Rowling fans of Dumbledore’s Army. A defining feature of this Ivy League institution is its twelve residential colleges. Like the infamous sorting hat, the administration places incoming students in one of twelve residential colleges, where loyalties and rivalries abound. Finally, another way to get your Harry Potter fix would be to take Professor Tumminio’s “Christian Theology and Harry Potter” course—that is, if you can get in. As many lucky seniors know each spring, being admitted to Yale is like receiving a magical invitation from Hogwarts itself.