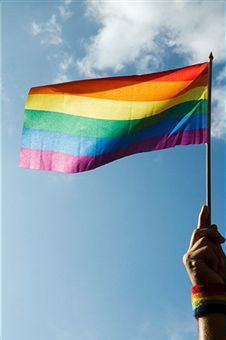 One of the most important parts of the college admissions process is finding the schools that are the best academic and social fits for you, where you will be happy and successful. With colleges offering activities in everything from squirrels (University of Michigan) to Seinfeld (University of Illinois), with the proper research, students are sure to find a school that fits their niche. This June, as LGBT (lesbian, gay, bisexual, and transgender) organizations around the country come together for Pride Month, the expert counselors at IvyWise selected a list of schools with open and accepting campus communities, where students aren’t afraid to show their pride!

Carleton College, Northfield, MN
For many students, college is a time of growth and change, which is why college campuses throughout the country are at the forefront of the LGBT movement. Carleton College, a small, liberal arts college in Northfield, Minnesota embraces an attitude of acceptance. According to students at this private school, “The Carleton student body has a bit of every type of person, with the common thread of a willingness to hear new ideas with an open mind,” and the student body is “surprisingly diverse.” These philosophies are evidenced in the school’s organizations and activities, including Out After Carleton, an alumni network, Carleton In and Out, a discussion group, and SAGA, Sexuality and Gender Activism. Further, each spring the school celebrates Pride Month. Hosted by the Gender and Sexuality Center, events include the annual Drag Show and performers such as Coyote Grace. Not surprisingly, the school has received five out of five possible stars on theLGBT-Friendly Campus Climate Index, which looks at a campus’s LGBT-Friendly policies, programs, and practices.

With more than 150 clubs and organizations from the Claymation Club to the Farm Club, students are sure to find their niche. The school’s 1,991 students, or ‘Carls’ as they call themselves, further create a sense of community through shared interest living communities like the Culinary House, Science Fiction House, and Fitness House. However, as much as Carls love their campus, with its 1,040 acres in a river town 45 minutes from the Twin Cities, they also love to travel. Thanks to the school’s ten-week trimesters, 70% of students have been able to study abroad in programs such as Faith and Fiction in Israel and Biogeoscience in Belize.

University of Maryland, College Park, MD
In addition to being home to nearly 27,000 undergraduate students, the University of Maryland is also home to The Pride Alliance. The Alliance’s mission, “…to promote an accepting and supportive campus environment for persons of all sexual orientations and gender identities” is fostered through a variety of activities and events. Recently, the group sponsored All Hallow’s Queen, a Halloween party, and Pride Prom, a masquerade ball, and has hosted notable LGBT speakers such as Judith Halberstam and Tim Wise. The group’s events are open to the entire University of Maryland Community and aim to cultivate an open and welcoming atmosphere. The Pride Alliance is supported by UMD’s LGBT Equity Center, which also supports groups Hamsa (a LGBT Jewish Student Group) and oSTEM (Out in Science, Technology, Engineering, and Mathematics). The LGBT Equity Center is focused on shepherding students through the entire undergraduate experience. First-year LGBT students can participate in The One Project, a first-year experience that includes the UNIV 100Q 1-credit seminar and alternative spring break options. Graduating students are celebrated at Lavender Graduation, where each LGBT graduate is awarded a rainbow tassel and certificate of distinction.

LGBT students aren’t the only ones with pride at this large, public institution – the campus community is united by pride in the NCAA Division I Terrapins, who compete in 27 varsity sports. When not breaking a sweat at some of the best collegiate athletic facilities in the country, students can hit the books, with a choice of more than 100 majors from Criminology and Criminal Justice to Turf and Golf Course Management, or can design a custom curriculum (as Jim Hensen, ’60, did when he majored in “Puppetry”). Located in College Park, the school is within an hour’s drive of Washington, D.C. and Baltimore.

Washington University in St. Louis, St. Louis, MO
Washington University in St. Louis is also home to an incarnation of the The Pride Alliance. The group is just one of many LGBT resources for students on this St. Louis campus, which also received 5 stars from Campus Pride’s LGBT-Friendly Campus Climate Index. Other undergraduate organizations include Safe Zones, a peer education group, Open, a support group, and the Alternative Lifestyles Association (ALA), a student group. The school also offers five distinct graduate organizations: OUTgrads, OUTLOOK, OUTLAW, OlinBranchOut, and the LGBT Health Interest Group. Thanks to these extensive resources, the school’s 7,000 undergraduate students can participate in semi-formals such as the Gayla and the Masqueerade, hear speakers such as Keith Boykin, and keep apprised of on- and off-campus events through the OUTthere Newsletter. The city of St. Louis offers even more to the LGBT community. Named one of Advocate magazine’s top 10 LGBT-friendly cities, students can join thousands of supporters for PrideFest, held each year in June or intern at the LGBT Center of St. Louis, which sponsors projects such as the St. Louis LGBT History Project.

This private research university is known for its high-level of student involvement and for fostering a strong campus community through a series of unique student events. The school keeps its diverse student body (hailing from all 50 states and more than 120 countries) satiated with more than 250 student organizations, 80 majors, and 90 minors. When students aren’t debating “Don’t Ask, Don’t Tell” with Controversy N’ Coffee or drafting a research paper for their The AIDS Epidemic: Inequalities Ethnography and Ethics course, they might be found making an impact of a different kind – the school has set Guinness World Records for the “Longest Human Massage Chain,” the “Largest Number of People to Play Simon Says,” and the “Largest Toy Pistol Fight.”

University of California – Berkeley, Berkeley, CA
The Gender Equity Resource Center, or GenEq, at the University of California, Berkeley offers a community space, known as the Brave Space, as well as extensive programming and services related to gender and sexuality. GenEq’s events include the Al-lympic Games, welcome events Queer a la Mode and Queer au Lait, and the Big Queer Picnic, as well as panels and screenings such as “Out and About After Graduation: Translating Involvement into Employment” and “How We Won: Progressive Lessons from the Repeal of ‘Don’t Ask, Don’t Tell’.” While in school, students can join groups such as Queer Issues in Public Policy and after graduating at a Lavender Graduation ceremony similar to University of Maryland’s, can maintain ties through the Cal Alumni Pride network. The city of Berkeley, less than 14 miles from San Francisco, provides a welcoming community for students and alumni. In fact, San Francisco is home to one of the nation’s largest LGBT Pride parades and festivals, held each year in June, and lays claim to the country’s first lesbian-rights organization and the first openly gay elected public official.

The oldest of the 10 schools in the University of California system, UC Berkeley is home to nearly 26,000 undergraduate students. The school meets the needs of this large and diverse student body by offering 350 degree programs including Lesbian, Gay, Bisexual, and Transgender Studies and Human Rights. The school also offers more than 1,000 student organizations. Founded in 1868, UC Berkeley is also home to some well-ingrained traditions. Big Game Week, which precedes the Stanford-California football game each fall features events, rallies, and school spirit galore, and the Freshmen-Sophomore Brawl includes push-ball contests, jousting and tying matches, and tug-of-war.

University of Pennsylvania, Philadelphia, PA
In March, nearly 150 student-athletes at the University of Pennsylvania competed in the 5th Annual Pride Games. The games, played with the goal of increasing acceptance of LGBT students in sports, included events such as the “drag” race and a food-eating contest. The games are held in conjunction with the LGBT Center’s QPenn, an annual weeklong celebration of LGBT culture. This year’s theme was “Do Ask, Do Tell,” and included speakers such as Dan Savage and events such as a drag makeup workshop and a panel on queer media. This month, students at this private school can witness pride on a larger scale, as nearly 25,000 supporters celebrate Philly Pride Day (the organization also sponsors OutFest each October). And throughout the year, the Penn Lambda Alliance offers more than ten constituent student groups including PATH (Penn’s Athletes & Allies Tackling Homophobia), Pennultra (an arts group that tackles LGBT issues), and QUEST (Queer Undergraduates in Engineering, Science, and Technology). Penn is also home to the Wharton Alliance, the Ivy League’s only undergraduate pre-professional organization dedicated to gender and sexuality minorities.

Located in Philadelphia, Pennsylvania, Penn takes pride in the diversity of its 10,000 undergraduate students. This diversity is evidenced by the fact that more than 12% of the school’s freshmen class is composed of international students. The school furthers its international efforts by offering programs in more than 50 countries, such as Australia, Morocco, and Thailand. On campus, students can choose from nearly 100 majors in four undergraduate schools: School of Arts and Sciences, School of Engineering and Applied Science, School of Nursing, and Wharton (business) School. Further, through the school’s “One University Policy,” undergraduate students can take classes from any of the four schools and pursue new areas of interest.

When researching the schools on your college list, it is important to get a personal feel for a campus’ atmosphere and community. For many, an inclusive and supportive environment is a significant factor in this search. Whether you are looking to celebrate LGBT pride or debate issues such as “Don’t Ask, Don’t Tell,” these five schools are acceptable and accepting places to start your college search.