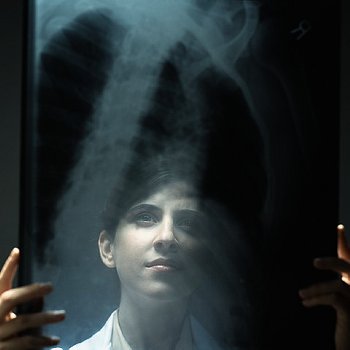 It’s no wonder that health and medicine are top of mind in August, as this month is National Immunization Awareness Month, National Psoriasis Month, Cataract Awareness Month, Neurosurgery Outreach Month, and Spinal Muscular Atrophy Month in the United States. If you’ve been bitten by the medical bug and are considering a career in the field of medicine, the expert counselors at IvyWise have just the cure! We’ve done a healthy dose of research and compiled a list of schools where you can make (or witness) medical history.

University of Wisconsin – Madison, Madison, WI
The School of Medicine and Public Health at the University of Wisconsin-Madison is acclaimed for its work in organ storage and transplantation. In 1986, Dr. Folkert Belzer and Medical School biochemist Robert Hoffman developed a cold storage method for organs. With the UW Solution, livers and pancreases can be stored for up to 36 hours (the previous limit was six hours) and kidneys can be preserved for up to three and a half days (up from three days or fewer). In 1998, Professor James Thomson isolated and cultured human embryonic stem cells, which have the potential to become any of the 220 types of cells and tissues in the human body. Students can even intern with Thomson at his lab at the Wisconsin Institute for Discovery, where he serves as the director of regenerative biology.

Undergraduate majors offered at UW include genetics, medical microbiology and immunology, nutritional sciences, pharmacology and toxicology, and history of science, medicine, and technology. Teaching and research partnerships with the University of Wisconsin Hospital and Clinics and the University of Wisconsin Medical Foundation have earned the school the reputation of being one of the nation’s most innovative primary-care medical schools and research institutions. Students can also join a number of related groups including Advocacy and Intervention for Medical Students, Aspiring Nurses Association, Doctors Ought to Care, Emergency Medicine Interest Group, Engineering World Health, Forensic Science Club, and the Health Education Leadership Program.

Located in Madison, Wisconsin, the flagship UW campus is home to nearly 30,000 undergraduate students. The Wisconsin Badgers are members of the NCAA’s Division I Big Ten Conference where they compete in 25 sports and have won 28 national championships. The only American university to have two daily student newspapers The Daily Cardinal and The Badger Herald, UW was also where the national satirical publication, The Onion, was started.

Stanford University, Palo Alto, CA
In 1968, Norman Shunway, a pioneer of heart surgery and the former chief of the Cardiothoracic Surgery division at Stanford University, conducted the first adult human heart transplant in the U.S. This milestone in heart surgery history spurred other studies, including attempts to preserve donated organs outside the body (similar to UW), and the first successful simultaneous transplant of the heart and lungs. Stanford’s School of Medicine also prides itself on its fieldwork in gene expression profiling, which has helped distinguish cancer subtypes, predict cancer outcomes, and predict patients’ risk for dozens of other diseases.

Stanford University’s mission is to be a pioneer in translational and biomedical research, and the university stresses innovation, collaborative discoveries, and patient care in its medical programs. Stanford undergraduate students can get a head start on their road to medical greatness with majors in biomedical computation, bioengineering, chemistry, or human biology. Students and researchers alike can take advantage of the university’s core research facilities, which range from the Carbohydrate Microarray Laboratory for studying human cancers to the Cognitive Neuroscience Facility for analyzing how the brain supports perception, cognition, emotion, and action. Currently, the university has 5,000 research projects in progress. Recent advancements include a device that could reduce surgical scarring and an imaging method that allows scientists to identify specific mental states. In addition, Stanford offers more than 600 student organizations from the Association for Radiological Sciences, to Organ Donor Education, to the Oncology Student Interest Group, which gives students plenty of opportunities to explore their interests and talents outside the classroom.

Located on the edge of Palo Alto California, Stanford University has a total student body of 15,300 students. The 8,000-acre campus includes a golf course, the Jasper Ridge Biological Preserve, and the Rodin Sculpture Garden. Biking is one of the most popular forms of transportation at Stanford and around the community, with almost 13,000 bikes in-use on campus daily.

University of Minnesota, Minneapolis & St. Paul, MN
With researchers at the cutting edge of findings in neuroscience, cancer, diabetes, and cardiovascular diseases, the University of Minnesota is devoted to advancing research and enhancing healthcare. The university is a world leader in Alzheimer’s Disease research and home to the field-renowned Nun Study. Conducted by David Snowdon, this ongoing study follows the aging of 678 nuns and has proven that late language ability and negative emotional states are indicators of the disease. In addition, the university is also leading the fieldwork in cardiovascular and pulmonary disease prevention; in 2008, Minnesota researchers created a beating heart in a laboratory, proving the feasibility of bioartificial organ generation and potentially revolutionizing therapies to mend damaged hearts and lungs.

Medical-minded undergraduate students can pursue a major in biological sciences, clinical laboratory sciences, biosystems and bioproducts engineering, biomedical engineering, or nursing, before moving onto graduate and degree programs in dentistry, pharmacy, public health, medicine, or veterinary medicine, among others. The Medical School is comprised of two campuses, with its main campus in Twin Cities and its secondary campus 150 miles north in Duluth, and is home to several teaching hospitals, including the University of Minnesota Medical Center, Hennepin County Medical Center, and the Minneapolis Veteran’s Administration Hospital. Outside of class, students can spend time reading up at the three-story Bio-Medical Library or the Owen H. Wangensteen Historical Library of Biology and Medicine. The latter features nearly 70,000 rare and out of print volumes dating back to 1400.

With more than 51,000 undergraduate and graduate students, the University of Minnesota’s 2,700-acre Twin Cities campus has plenty to offer. The diverse student body can choose from more than 200 majors, 600 student organizations, and 250 study abroad options. Named by the American College of Sports Medicine as the healthiest metropolitan area in the country, off-campus, students can explore the cities of St. Paul and Minneapolis by taking part in the Great River Energy bicycle festival, the Twin Cities Marathon, or the U.S. Pond Hockey championship.

Harvard University, Cambridge, MA
Harvard University is the oldest institution of higher learning in the U.S. and the birthplace of a number of notable medical inventions, including the first transgenic mouse (used worldwide for cancer research), the heart pacemaker, and the defibrillator and cardioverter (which controls disturbances in heart rhythm). Harvard was also home to professor Walter Gilbert who was awarded a Nobel Prize in Chemistry in the 1980s for decoding the structure of genes, a momentous finding that is now instrumental in medical diagnoses. Gilbert is one of Harvard’s 75 Nobel Prize laureates, who also include David Hubel (currently a professor of Neurobiology at Harvard Medical School) and veteran professor Torsten Wiesel, who were awarded for their studies of how the brain processes visual information.

Aspiring medical marvels at Harvard can pursue undergraduate concentrations in biomedical engineering, chemical and physical biology, human development and regenerative biology, or molecular and cellular biology. Additionally, the school has partnered with the Massachusetts Institute of Technology (MIT), now offering the Harvard-MIT Division of Health Sciences and Technology that encourages collaboration between engineering and the physical and biological sciences. Outside of the classroom, students can visit the school’s Collection of Historical Scientific Instruments or take part in one of its related student organizations, including the Harvard Cancer Society, the Foundation for International Medical Relief of Children, or Helping Hand and Heart, which provides emotional support for patients at the Boston Medical Center. In collaboration with three flagship teaching hospitals in the Boston area (Beth Israel Deaconess Medical Center, Brigham and Women’s Hospital, and Massachusetts General Hospital) Harvard also provides state-of-the-art medical facilities and abundant resources to students and faculty.

Located in Cambridge Massachusetts, Harvard University is a private institution with 7,000 undergraduate and more than 12,000 graduate students. In addition to 41 intercollegiate athletics teams that compete in the Division I Ivy League, and an intense sports rivalry with Yale University, Harvard is also home to a quidditch team, the Horntails, and a mountaineering club, which pursues bouldering, rock climbing, snow and ice climbing and ski mountaineering at destinations around the world.

Washington University, St. Louis, MO
In 1933, Evarts Graham, Washington University School of Medicine’s first head of surgery, performed the first successful lung removal. The school has remained at the forefront of medical research ever since, and continues to embody the school’s founding ideology: investigation and practice are one in spirit, method and object.â€ Acclaimed for performing innovative transplants and surgeries, researchers in the School of Medicine are responsible for the world’s first double-lung transplant and the first nerve transplant using nerve tissue from a cadaver donor. Ongoing projects include experimenting with molecular imaging and targeted drug delivery for cancer and heart, lung, and vascular disease.

In addition to supporting various pre-medical tracks from biomedical engineering to neuroscience, Washington University also offers undergraduate students an array of unique research opportunities. Incoming freshmen can take part in The Summer Scholars Program in Biology and Biomedical Research funded by the Howard Hughes Medical Institute, which also funds several undergraduate research fellowships. Biology 365: Experiences in Life Sciences, gives students the opportunity to participate in an ecological study or accompany a physician on rounds at the Medical School. Students can perform community service at the Washington University Medical Center, including its two affiliated hospitals (Barnes-Jewish Hospital and St. Louis Children’s Hospital), study abroad in Nice, France in a program specifically designed for pre-medical students, or participate in a number of related clubs such as the Pre-Medical society and Relay for Life.

Located in St. Louis, Missouri, WashU’s undergraduate student population of just more than 7,000 can choose from 81 majors and 90 minors ranging from Arabic to fashion design, and can even create their own program. The biomedical engineering program for instance, was actually developed by an undergraduate student. The university is known for fostering a strong campus community through a series of unique student events. One example is W.I.L.D., a semi-annual concert held on the Quad that has featured performers such as the Black Eyed Peas, Passion Pit, and Edward Sharpe and the Magnetic Zeros.

Medicine is one of the oldest professions in the world, and many medical discoveries that have changed the face of humankind have been (and continue to be) made on college campuses throughout the U.S. Whether you are an aspiring doctor, dentist, nurse, pharmacologist, researcher, or biomedical engineer, or if you’re just looking to be inspired by great minds, these five schools are a great place to start your search.