Want to Get Into an Ivy League School? – Part 2

What Makes a School “Ivy League”? 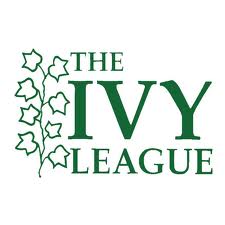 Though there are nearly 3,000 4-year colleges and universities in the US, the eight Ivy League colleges are some of the most well known institutions in the world, causing students from all over the globe to obsess about getting into an Ivy League college. Despite this frenzy (the Ivy League colleges received 245,732 applications for the Class of 2015), few students know what designates a school as a member of the “Ivy League.”

Interestingly, the Ivy League did not begin as an elite academic distinction, but rather in a discussion about athletics. The term “Ivy League” is credited to writer Caswell Adams, who first coined the term in the New York Herald Tribune in 1937. Adams and his colleagues were describing the football teams of prominent Northeastern colleges, and in fact the term was used to laude Fordham University’s football team (while disparaging Princeton and Columbia’s more established teams).

Several years after Adams’ article was published, these schools, which had been competing against each other in sports for some time, formally signed the “Ivy Group Agreement;” although this agreement only technically applied to football, it encompassed various facets of the undergraduate experience including practices in eligibility requirements, the maintenance of high academic standards, and the absence of athletic scholarships.

Prior to Adams’ article, the term “Ivy Colleges” or “Ivies,” had been used to describe the oldest colleges in the Northeast; of the nine schools founded during the colonial era, seven are included in the modern-day Ivies (all except Cornell). These historic schools also included the US Military Academy (West Point) and the US Naval Academy. So, while certain academic and social connotations have certainly developed around these schools, the term inherently refers to the schools’ longevity.

Today, the eight schools in the “Ivy League” share an athletic conference and a location in the Northeast United States. Though all eight are highly selective schools, they are by no means exclusive in this regard. The Curtis Institute of Music in Philadelphia, PA, only accepts 3.6% of applicants, Alice Llloyd College in Pippa Passes, KS, only 7.2 %, The Cooper Union in New York, NY, 8.4 %, the US Naval Academy 8.4%, and College of the Ozarks, in Point Lookout, MO, 10.1%. Then of course there are more well known schools such as Duke University, Washington University in St. Louis, Vanderbilt University, Northwestern University, and Georgetown University, which are all as selective, or in some cases even more selective than the Ivy League.

When it comes to applying to and enrolling in college, only personal experience can determine if a school will be a good fit. Students should look beyond name brand, rankings, and selectivity – which can change – and instead look at the factors that are most important to you and your unique interests and goals.

Stay tuned as we show you how to go beyond just the Ivy League to build your balanced college list.