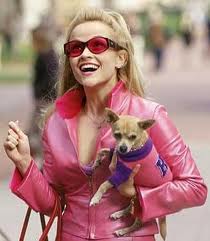 College movies throughout the years have offered insights and advice about college admissions and the college experience. Classic films portray students navigating applications, freshmen year, and the college social scene. While many movies include a sound moral, some plot sequences may be questionable to audience members.

Here are some lessons to be learned from recent popular college movies!

Don’t: Create your own college.

When the main character was not accepted to any of the schools to which he applied, he decided to take matter into his own hands by creating his own college. While this was a creative solution to his predicament, he had a couple of other options before breaking the law. Submitting college applications and waiting to hear decisions can be a stressful time, but by creating a strategy and having a realistic sense of which schools are a good fit for you, you can avoid this problem. If you do find yourself in this situation, try enrolling at a community college, working, or volunteering for a year and then reapplying to schools.

Do: Create your own major!

Don’t: Send in a glitzy admissions video that doesn’t say a lot about who you are as an applicant.

While Elle Wood’s Coppola-directed admissions video to Harvard Law School was entertaining, her focus as a student and seriousness about going to law school were overshadowed by theatrics. While creativity certainly helps an application stand out, it’s also best to stay within certain guidelines so that admissions officers can get to know the real “you” through your application. It’s better to dazzle them with your transcripts, test scores, essays, and extracurricular activity.

Do: Take practice exams to prepare for tests and talk to your college advisor about your options!

Elle does a great job of prioritizing her studying for a while so she can properly prepare for the LSAT. While she had to sacrifice a social event or two, she established a study schedule, took practice exams, and learned from her mistakes so she could reach her goal score. Elle also sought out her academic advisor to make sure her grades and scores were in line with her goal. Whether you’re in high school or college, counselors and advisors are there to help you take the next step. Elle’s counselor was realistic about the challenges Elle would face by exploring new academic interests, but the extra work was worth it for Elle to reach her admissions goals.

Don’t: Use your creativity to alienate members of your student body.

Before Mark Zuckerberg and his classmates created Facebook, they designed Facemash, a website where Harvard students could choose who was “hot” and “not” in their community. Creativity on campus is great, but it’s important to maintain strong and positive relations with classmates and peers. You don’t want to burn bridges while in school, as college connections can help you throughout your post-college life. Professional and social networking are a great way to find jobs and grow businesses, and maintaining strong bonds with your classmates is important in the long run. While Mark Zuckerberg was able to turn something negative into one of the most well known and lucrative social media networks in the world, he did not achieve this without his fair share of troubles. Instead of starting with something negative, go straight for the positive idea that’s going to launch your career and bring people together.

Start a business with your classmates and collaborate on ideas. College is an excellent time to brainstorm and take initiative because you’re already surrounded by a slew of resources meant to cultivate and encourage forward thinking and creativity. Utilize your professors and courses to learn more about your endeavor and who knows, you might have the next big idea!

While this movie makes unsanctioned Greek life look like a blast, it’s best to stick with fraternities and sororities already associated with your school’s administration. Hazing is not a joke either, and by participating in clubs and organizations regulated by your school, you can avoid getting into a dangerous situation. If no club or Greek organization peaks your interest, look into starting one of your own! Every organization once came from a great idea and a mission, so get some peers together and give your school community even more activity options.

Do: Look into the Greek life and other clubs at your school!

Greek life is a great way to meet lifelong friends and make some excellent college memories. By becoming involved in inter-Greek government, you have the opportunity to become a leader at your school and make connections that will carry into your post-college professional life. And while Greek life may not be for everyone, there are plenty of clubs and organizations on campus that offer the same camaraderie, connections, and fun that Greek organizations provide.

College movies can inspire, motivate, and give a peek into college life. When watching these movies, is important to take some of the on-screen action with a grain of salt and remember that these films, while absolutely entertaining, are not always the best at giving advice. So, before you think about staying an undergraduate for seven years like Van Wilder, or seeking extravagant fraternity revenge like the Omegas in Animal House, weigh your options and maybe find another movie moral to take to heart.