Insight Overseas: The College Admissions Process Outside the US 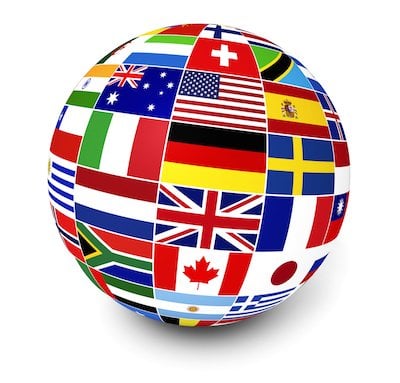 Most high school students, both US and international, would agree that US colleges and universities are great models of higher education. US students are familiar with the SAT, ACT, and the Common Application, so it’s very tempting to simply examine college admissions through an American lens. However, doing so would be a disservice to the unique and complex college admissions processes of countries outside of the United States.

The US is known for it’s approach to “holistic” admissions, and in order to grasp how this affects the US admissions landscape, it’s important to know how other countries evaluate college applicants. Not only does this help US students who might consider applying to international universities, it also helps international students better understand how they can succeed in the US admissions process.

Here’s what the college admissions process looks like outside of the US:

Canadian students benefit from a highly streamlined, career-driven college application process. Although methods of education may vary from province to province, Canadian colleges often dedicate themselves to individualized courses of study, such as art or engineering. Conversely, Canadian universities function more like American colleges and universities by providing a more academically focus curriculum for those seeking careers in law or medicine.

Admissions requirements are very cut and dry. Canadian students are expected to rank their colleges or universities of choice and submit them for examination. Admission to Canadian institutions of higher learning is based almost exclusively on grades—or, as the Canadians would call them “marks.”

The Chinese version of the SAT is the “gao kao,” and it’s been making waves on international news sources for years. The gao kao, or “high test,” is only offered once a year, is scored out of a total of 750 points, and is twice as long as the American SAT. Unlike the SAT, which functions as a mere facet of a prospective student’s entire application profile, the gao kao serves as the only factor in admission to third-, second-, and first-tier Chinese universities.

Cutoffs to apply to China’s best universities are dependent on residence and ethnicity. Given that 10 million frazzled students take the gao kao annually, it’s clear why the stress caused by the test has been compared to a stampede of ten thousand horses across a log bridge.

The UK college admissions process is similar to Canada’s in that there is an emphasis on specialized career paths. American schools, especially liberal arts colleges, highlight the importance of the “undecided” major and allow students to flit from course to course before deciding on a career path. In England, Northern Ireland, and Wales, there is no such thing as an undecided major.

British admissions require a universal application called the Universities and College Admissions Service application. Through the UCAS, students can only apply to five schools per year. All the essays are standardized—which means that there are no supplemental essays like those found on the US Common App in the United Kingdom.

If you are an American high school student drafting college essays or editing your resume, make sure to keep in mind the global nature of higher education. Higher education differs by region, country, and continent. This makes the college admissions process especially challenging for international applicants, as they must grasp the idea of “holistic” review.

For help naviagating the US admissions process, be sure to download our International Guide!