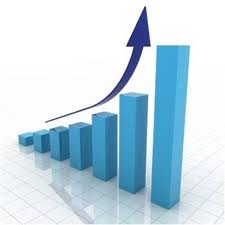 Harvard and Princeton see an increase in early action applicants, while Dartmouth sees a sharp decrease in applications for their early decision program.

College applicants are working hard to get ahead of the game this year. Schools across America are receiving a record number of applicants applying early for next year.

There has been a steady growth over the past few years in the amount of early applications received by selective schools, likely reflecting students hoping to gain an edge by sending in their materials early. Already, six Ivy League universities have reported increases in early applicants, with only Dartmouth reporting a significant decrease.

With schools like DePauw University reporting a 10% increase and the University of Virginia estimating a nearly 20% increase, it is safe to suggest that this is a national trend affecting schools beyond the Ivy League. But why is there such a significant increase in early applicants for some schools and a decrease for others?

In the Ivy League, this marks the second application cycle where Harvard and Princeton have reinstated their non-binding early action programs, which restrict applying early to other private schools, but do not restrict attending another school if admitted. When a student applies early action to a school, they will receive a decision earlier in the admissions process without committing to the institution. In contrast, when a student applies with a binding early decision program, they are essentially saying they will forfeit all other schools’ decisions if they are accepted.

This fall, Harvard boasts an early action pool of 4,856, a nearly 15% increase from last year. Princeton is reporting similar numbers, with 3,791 applicants translating to a 10% increase. Princeton officials hypothesize a reason for the increase may be because this year’s Class of 2017 applicants became aware of the early application program earlier in their high school career than last year’s applicants who were already at the end of their college planning process. As high school juniors last year, this year’s applicants had the opportunity to plan their application strategy to include sending in applications earlier. As a result, this year’s numbers have spiked amongst young non-binding Early Action programs.

Another explanation could be the mere attractiveness of receiving a non-binding agreement earlier from a competitive school. Students may be choosing to bypass committing themselves to one school when there are more flexible options at similar top tier institutions. This could explain decreasing early applicant numbers at selective schools if they do not offer a non-binding early application program.

Dartmouth, for example, had their early applicant pool decrease by 12.5% this year. They offer only a binding early decision option.

Duke University also only offers a binding early decision option, and their early applicant pool dropped by nearly 3% this year after a five-year growth.

Conversely, the University of Chicago saw an 18.6% increase in applicants for their early action program, arguably as a result of switching to the Common Application as well as their non-binding commitment.

Throughout the next couple of months, with the regular decision applications rolling in and students making their final selections, admissions officials will better be able to evaluate what factors have led to these changes in early application numbers. For now, students will have to wait anxiously as early decisions are released through December. Good luck applicants!