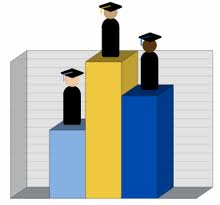 Within the past year, four undergraduate programs and one graduate program have admitted to misreporting their admissions data for U.S. News & World Report’s college rankings, causing some to question just how many schools may be inflating statistics. Bucknell University and Tulane University’s Freeman School of Business are the most recent schools to announce misinformation, both coming forward in the past two weeks. They join Claremont McKenna College, Emory University, and George Washington University which have already reported false standardized test scores, class rankings, GPAs, and other statistics for admitted and enrolled students.

Following Tulane’s announcement in early January, U.S. News stated they had no reason to believe other schools have also submitted incorrect data and that “misreporting is widespread.” Since then, Bucknell University admitted to inflating their average SAT scores for six years, from 2006-2012. U.S. News has yet to release a statement about this incident and announce whether Bucknell will maintain its current ranking.

Claremont McKenna’s ranking went unchanged, despite misreporting standardized test scores and raising the percentage of students who were in the top 10 percent of their high school graduating classes. According to U.S. News, Claremont McKenna’s misreported numbers were not so significant as to alter its placement on the list. Emory also did not suffer a rankings loss for submitting data including admitted rather than just simply enrolled students, and excluding low GPAs and SAT scores from their reports.

George Washington’s undergraduate program and Tulane’s MBA program, however, were dubbed “Unranked” by U.S. News, as their reported numbers decreased their positions significantly enough to be removed from their respective lists. According to U.S. News policy, if the misreported numbers change a school’s rankings from the originally published list by even one spot, they become “Unranked” for that year and it may submit data again for consideration, but only for the following year’s list. George Washington added 20 percentage points to the percent of the Class of 2015 who ranked in the top 10% of their graduating class. For the class entering its MBA program in Fall 2011, Tulane inflated the average GMAT score by 29 points and acceptance rate by 36 percentage points for the entering class in Fall 2011. Each of these falsifications warranted each schools’ removal from the rankings.

So, why have colleges misreported school data? While some schools make an honest mistake and calculate their data incorrectly, others may feel the pressure of an increasingly competitive admissions environment and purposefully boost their numbers. School data becomes more important to college applicants as the number of applications at schools increase and individual students apply to more schools. Colleges may feel the pressure to attract a more competitive applicant pool by giving themselves an edge in notable rankings.

Come applicants consider rankings to be crucial when measuring an institution’s prestige, rigor, and academic success. However, basing a college choice exclusively on rankings can lead students to ignore important personal factors in their college search.

Rankings are determined by a number of factors. Schools across the country submit data on undergraduate or graduate academic reputation (determined by administrations of other colleges and universities), retention, faculty resources, student selectivity, financial resources, graduation rate performance, and alumni giving rate to be in contention for U.S. News’ ranking list. While all of these categories play a role in college applicants’ research, lists like “America’s Best Colleges” should never solely determine a student’s best-fit school.

As a college applicant, it is important to decide what is the best college for you. College ranking lists are a great resource in your overall decision-making process, however, school visits, academic programs of interest, financial aid, and an instinct are also instrumental in the overall selection of a school.