Juniors: Should You Take the SAT or ACT This Year?

By IvyWise on Tuesday, February 2, 2021
IvyWise Live: The Future of Standardized Testing

Watch our expert counselors answer some of your most pressing testing questions. Check out the recording of the IvyWise Live webinar The Future of Standardized Testing. 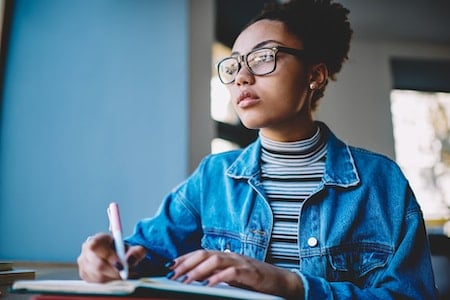 Why Juniors Should Still Carefully Consider Their Testing Strategy

In years past, the vast majority of high school juniors planned on taking the SAT/ACT. However, with an increasing number of schools extending their test-optional admissions policies, some students may be wondering whether it is still worthwhile to study for these exams. 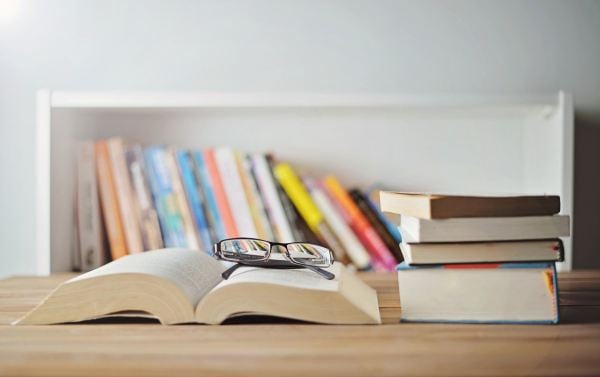 The College Board announced that it is discontinuing SAT Subject Tests permanently, as well as revamping the current SAT exam to eliminate the optional essay section. 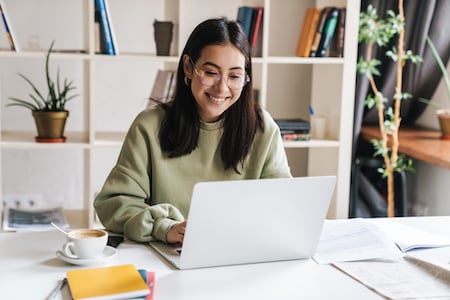 Learn About the Coalition App for the 2020-2021 Admissions Cycle

While the Common App is certainly the most popular college application process, some students may also wish to keep the Coalition application on their radar. More than 150 colleges and universities use this Common App alternative, which launched five years ago with the mission to help make college a reality for all high school students. 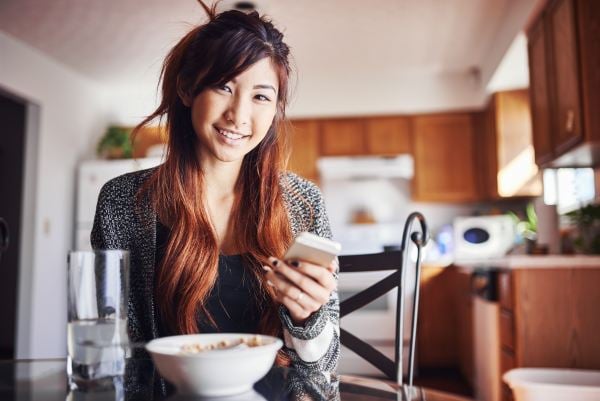 Here are the Colleges that Superscore the ACT

Superscoring is the practice of considering only the highest section scores across all SAT or ACT test scores that are submitted when evaluating applications. Many schools already superscore for the SAT, but superscoring for the ACT has not always been widely practiced.

How to Address COVID-19 on College Applications 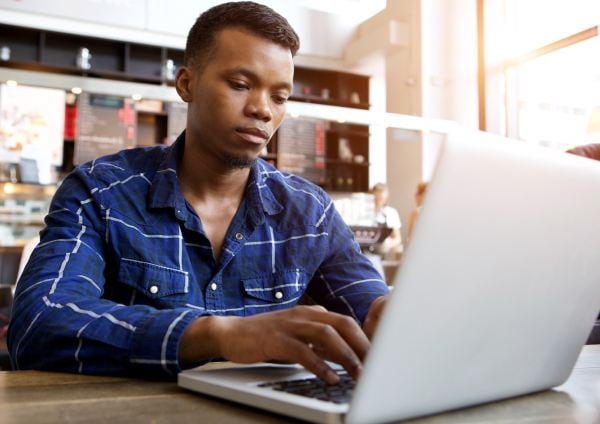 COVID-19 has impacted just about every element of students’ college prep and the college application process is no exception. From canceled SAT and ACT testing dates to a lack of opportunities to tour college campuses, the forthcoming application cycle is likely to look very different from previous rounds.

Parents: How to Keep Your Student Motivated During Remote Learning Make the Most of Time Spent Social Distancing with Your Kids

For students who are used to juggling coursework, extracurricular activities, and time spent with friends, the transition to remote learning has proven extremely challenging. While every student will react to all this time at home differently, parents can play a powerful and important role in helping students make the most of this experience.

How to Make the Most of Virtual College Tours 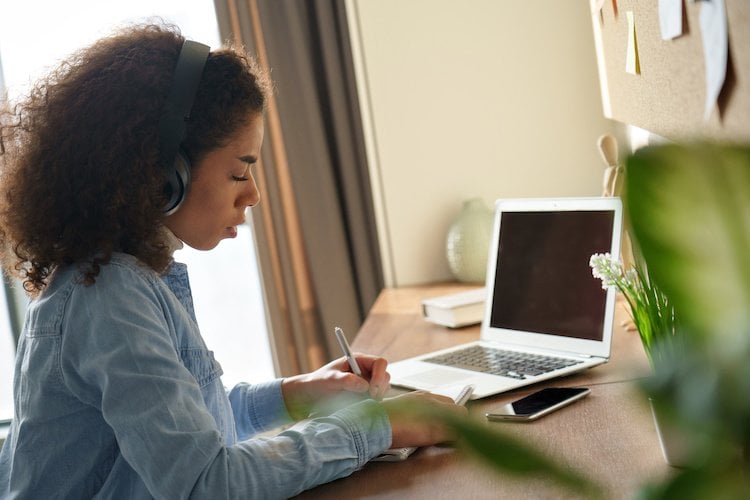 Maximize Your Virtual Tour Experience with These Tips

Typically, fall is a popular time for high school juniors and even some younger students to embark on a set of college tours meant to help future applicants better envision their best-fit environment. However, due to the ongoing COVID-19 pandemic, most college touring options have gone virtual for the time being. 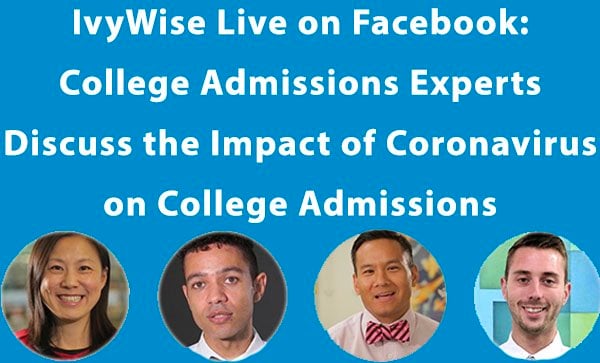 Tune in to IvyWise Live on our Facebook page next week, where College Admissions Experts Christine, Scott, Nat, Zach, and Rachel will discuss how students can prepare for the college admissions process this fall and answer your most pressing college prep questions.

Our Suggestions for Academic Resolutions for 2020

With the New Year right around the corner, now is the perfect time to reflect on your academic progress and set goals for 2020. Whether you’re prioritizing test preparation or hoping to boost your grades, every student can benefit from setting resolutions that relate to their academic journey.

Get a Head Start on Planning for the New Year

With the new year right around the corner, now’s the time to start thinking about your test prep goals for 2020. Whether you’re a freshman who is just beginning to think about college, a sophomore gearing up to start test prep, or a junior who is already in the thick of it, there are concrete steps that you can take in 2020 to get closer to achieving your test prep goals.

Juniors: 4 Tips to Help You Plan College Visits This Fall 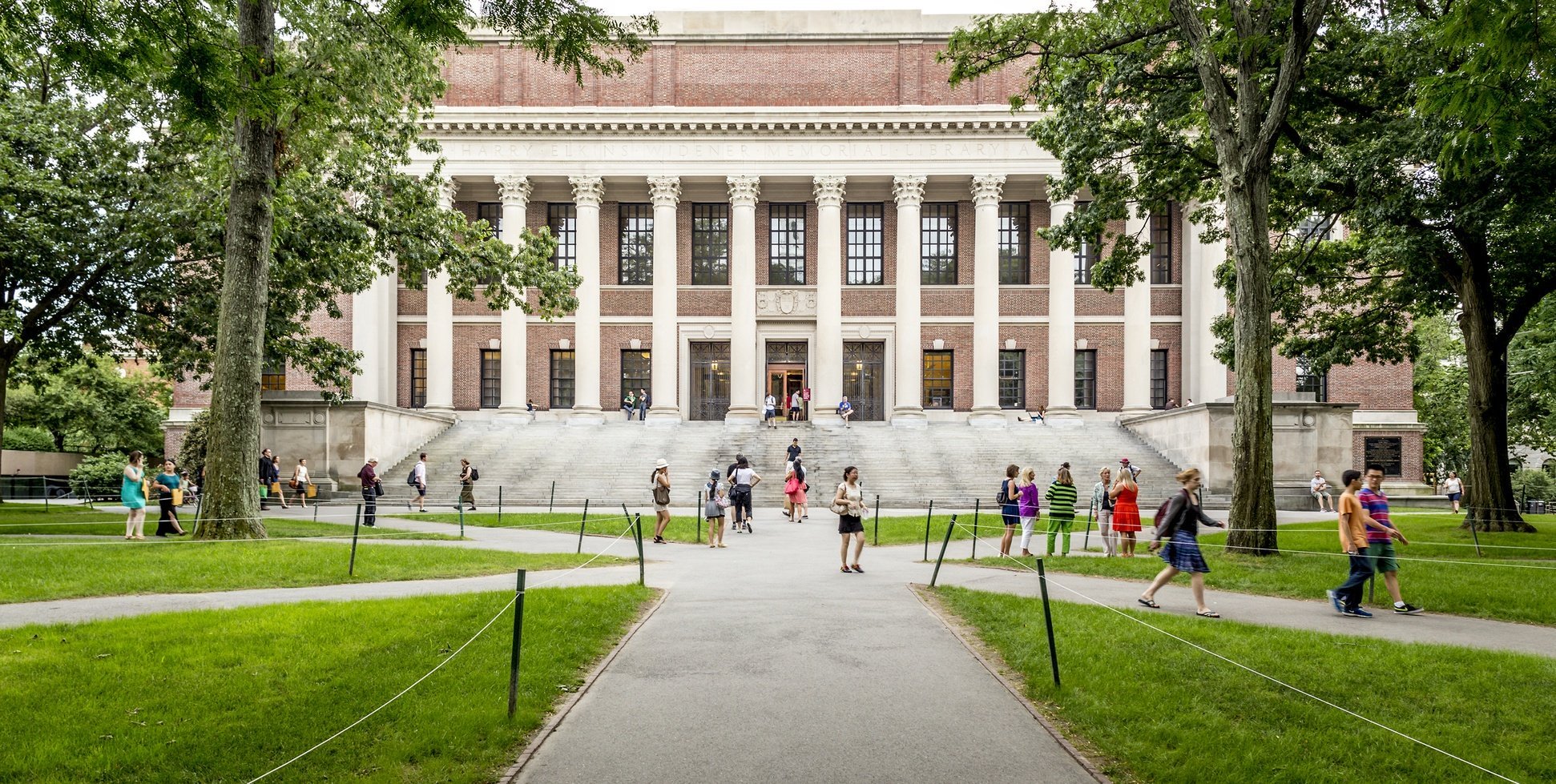 College Visits Are a Big Part of Your College List Research

Junior year is a big college prep year, and one of the most important things that juniors will do this fall is visit colleges and universities as part of their college list research.

3 Tips to Help You Build Your Balanced College List 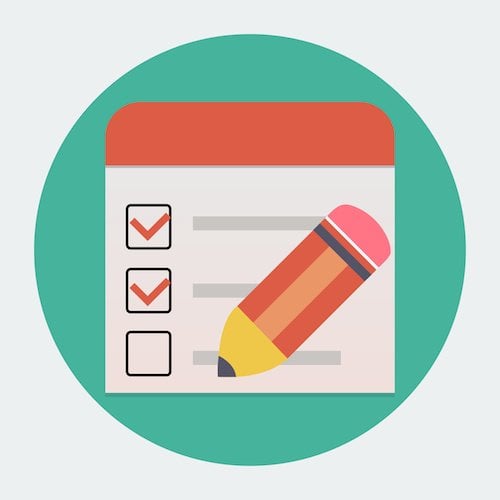 The college admission season is here, but where are you applying? Students should start researching colleges and building a balanced college list junior year, and continue to refine their list throughout the school year. 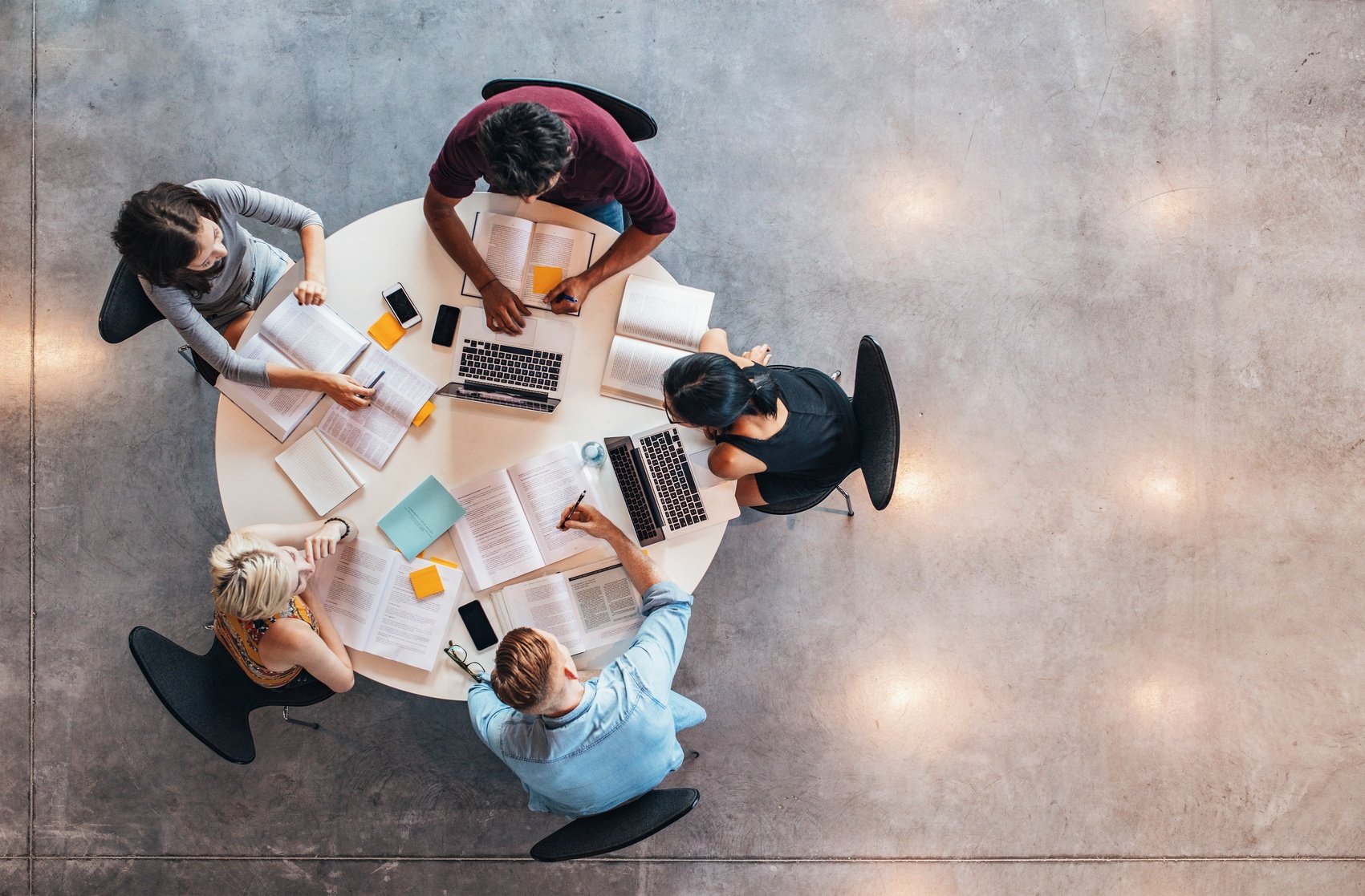 The college application process is right around the corner for high school juniors, and we have a number of resources to help college bound juniors get and stay on track before they apply to college in the fall. 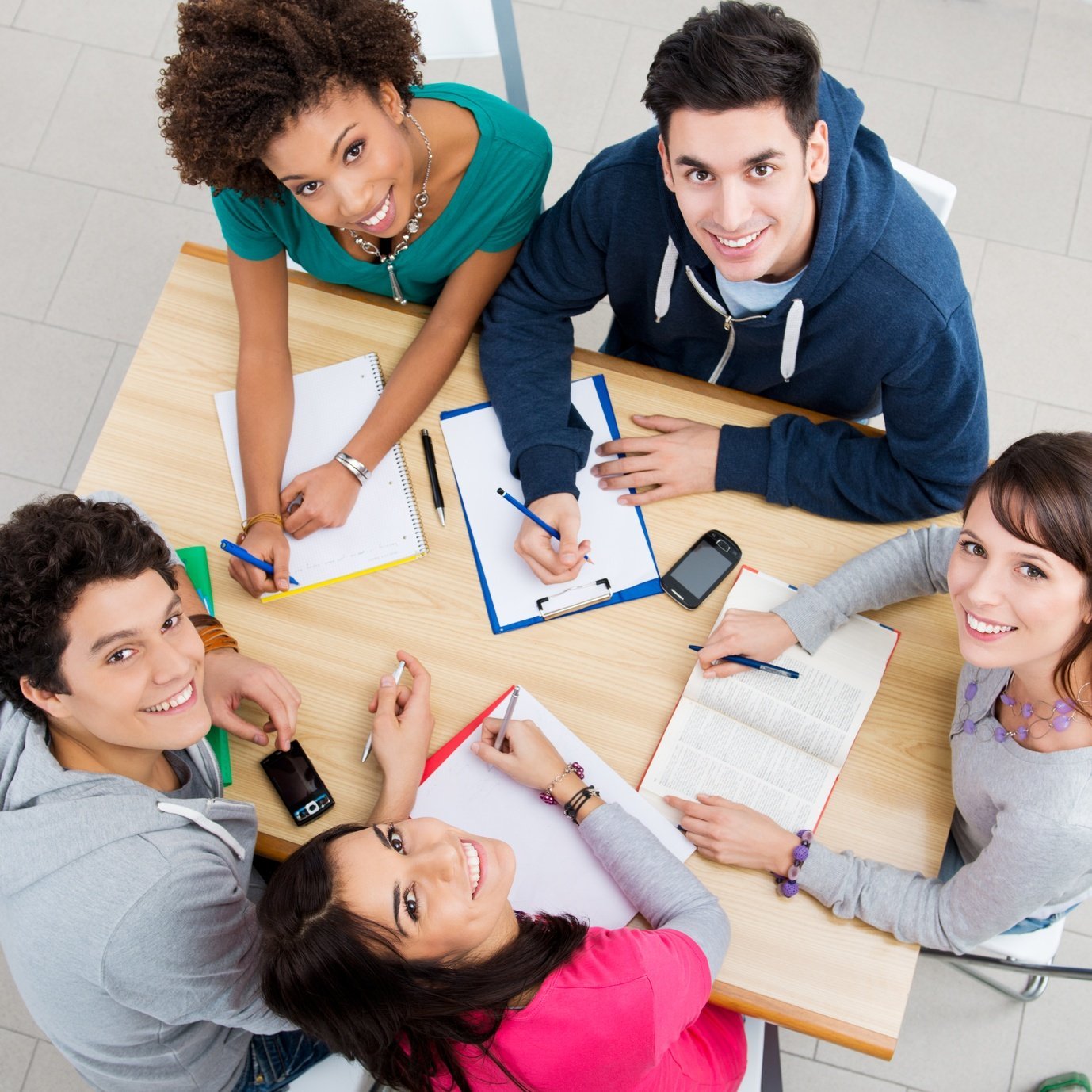 Start 2017 Off Strong By Setting Goals For The New Semester

Now that it’s a new year and winter break is over, it’s time to start focusing on what you should be doing to get ahead and make the most of the rest of the school year. 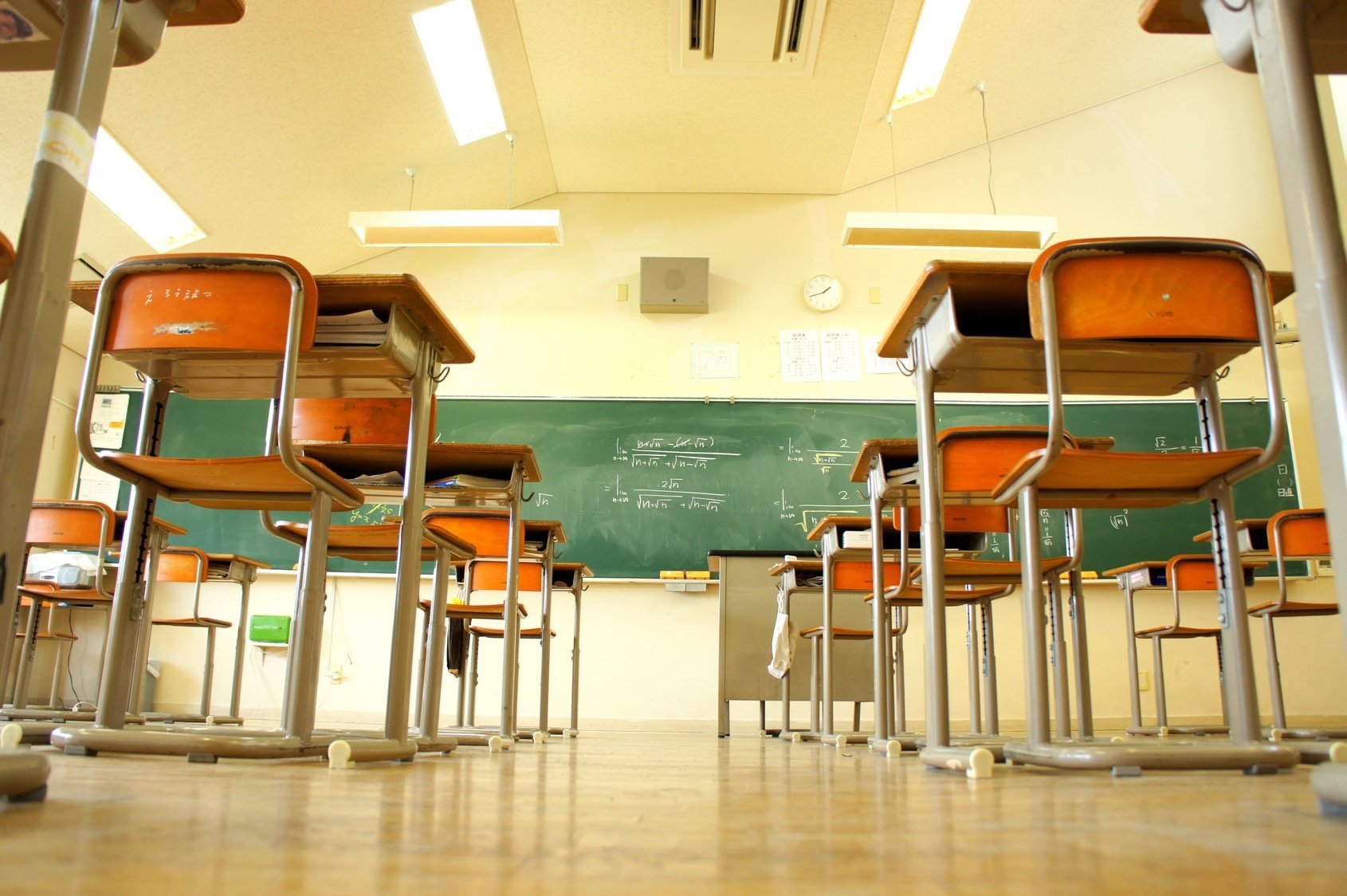 Students Should Strike a Balance Between Challenging and Manageable

As students prepare to head back to school, many are examining their class schedule, gauging how difficult the next academic year will be and how they will achieve their grade goals. But it’s not just grades that colleges consider when evaluating applicants for admission. Colleges are also looking at the classes applicants are taking, how challenging they are, and how those courses align with students’ interests and academic goals.

College Prep 101: How to Stay Organized When Applying to College 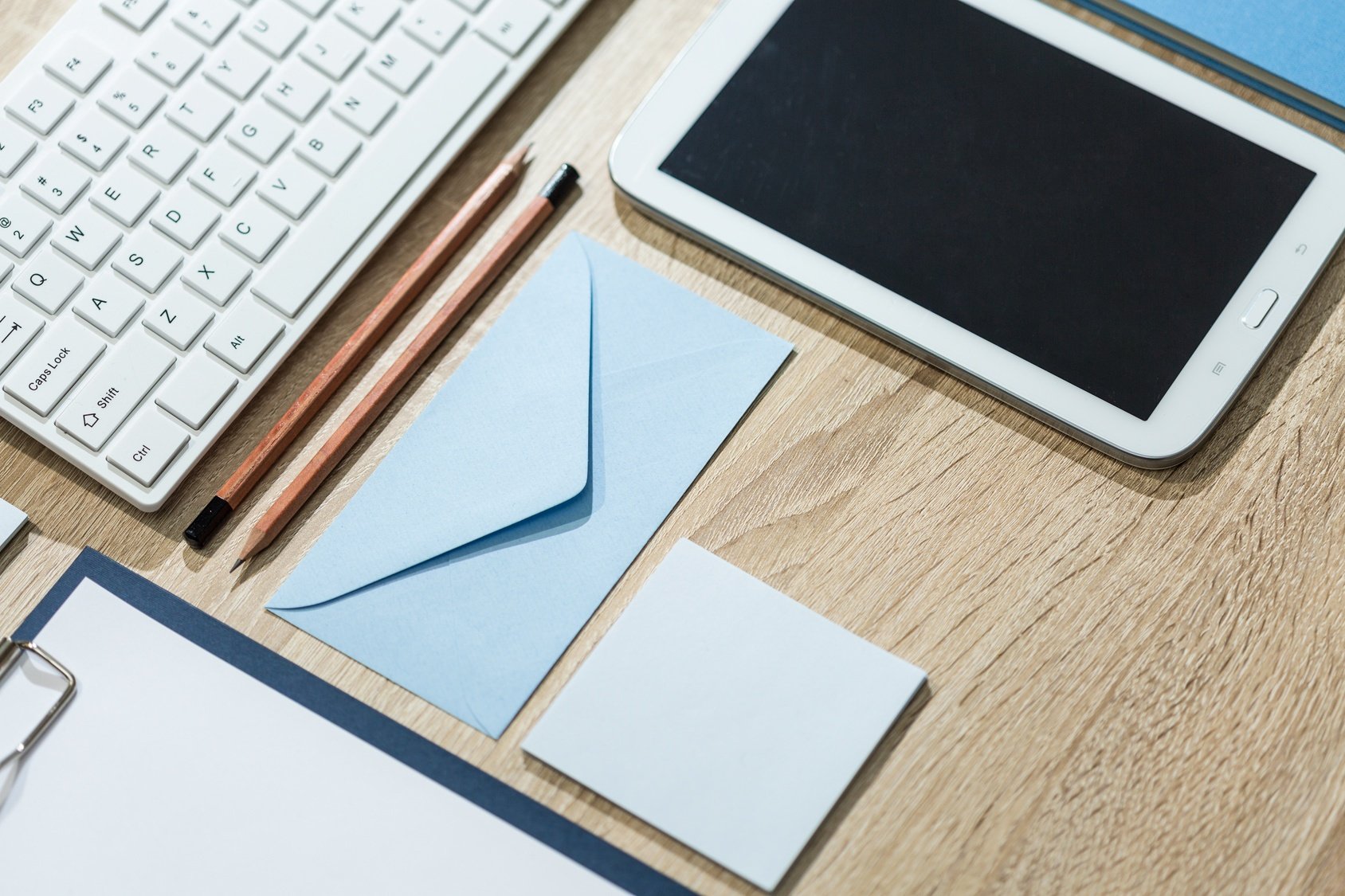 Use Spreadsheets and Checklists to Stay Organized When Applying to College

When I started formulating my balanced college list, I really was unsure what type of university or college I was looking for. I didn’t have a particular major in mind, all I knew was that I wanted to make sure I chose a school that would foster my own academic and professional growth while being a place I would be comfortable and proud to call home.

Before getting a head start on your college applications this summer, make sure you’re aware of Common Application changes for the 2016-17 admissions season.

College Visit Dos and Don’ts For Students and Parents 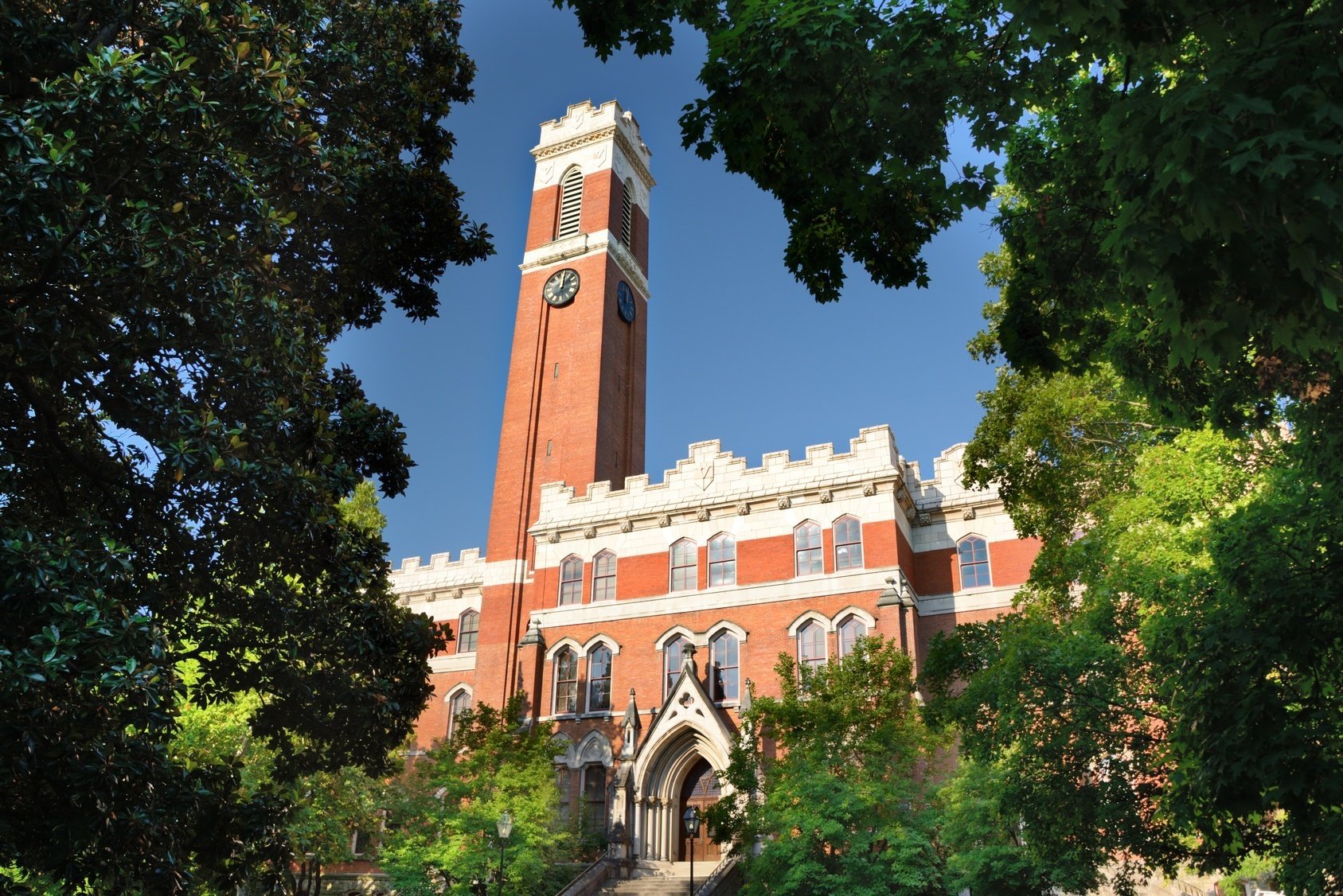 What and What Not to Do While Visiting Colleges

College visits are a critical part of the college search process, and it’s important for students and parents to make the most of their time on campus. Before you head off to prospective colleges, make sure you know what – and what not – to do while you’re there!

Juniors: How to Get Organized Before Applying to College 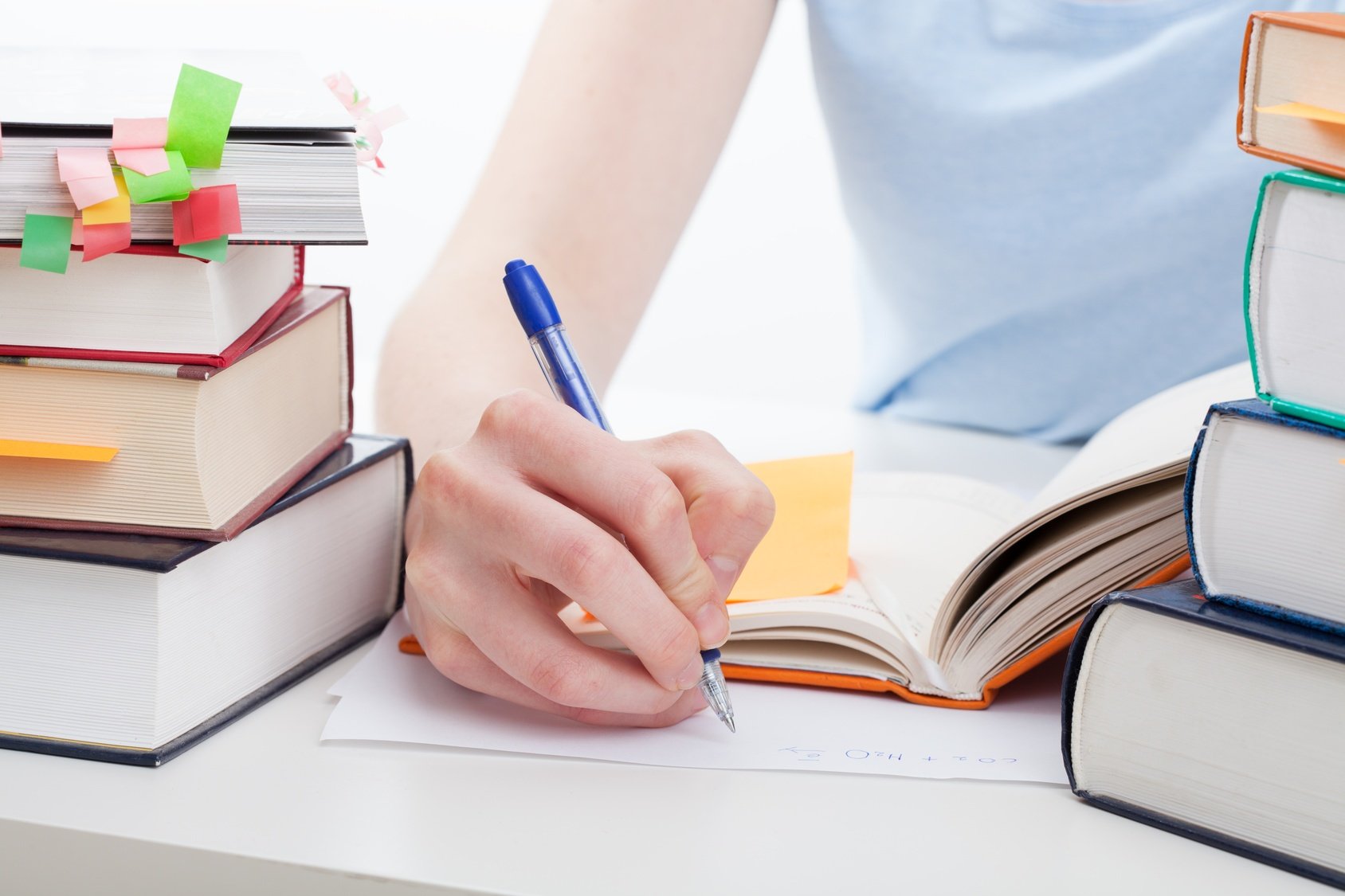 Tools to Help Students Get Organized Before Applying to College

By Amy Jeffrey, founder of Make Me a Freshman

Teacher recommendations. Transcripts. FAFSA. These are just three of the many different types of forms that you must track when applying to college. How can you manage them all?

When Should Juniors Start On Their College Applications? 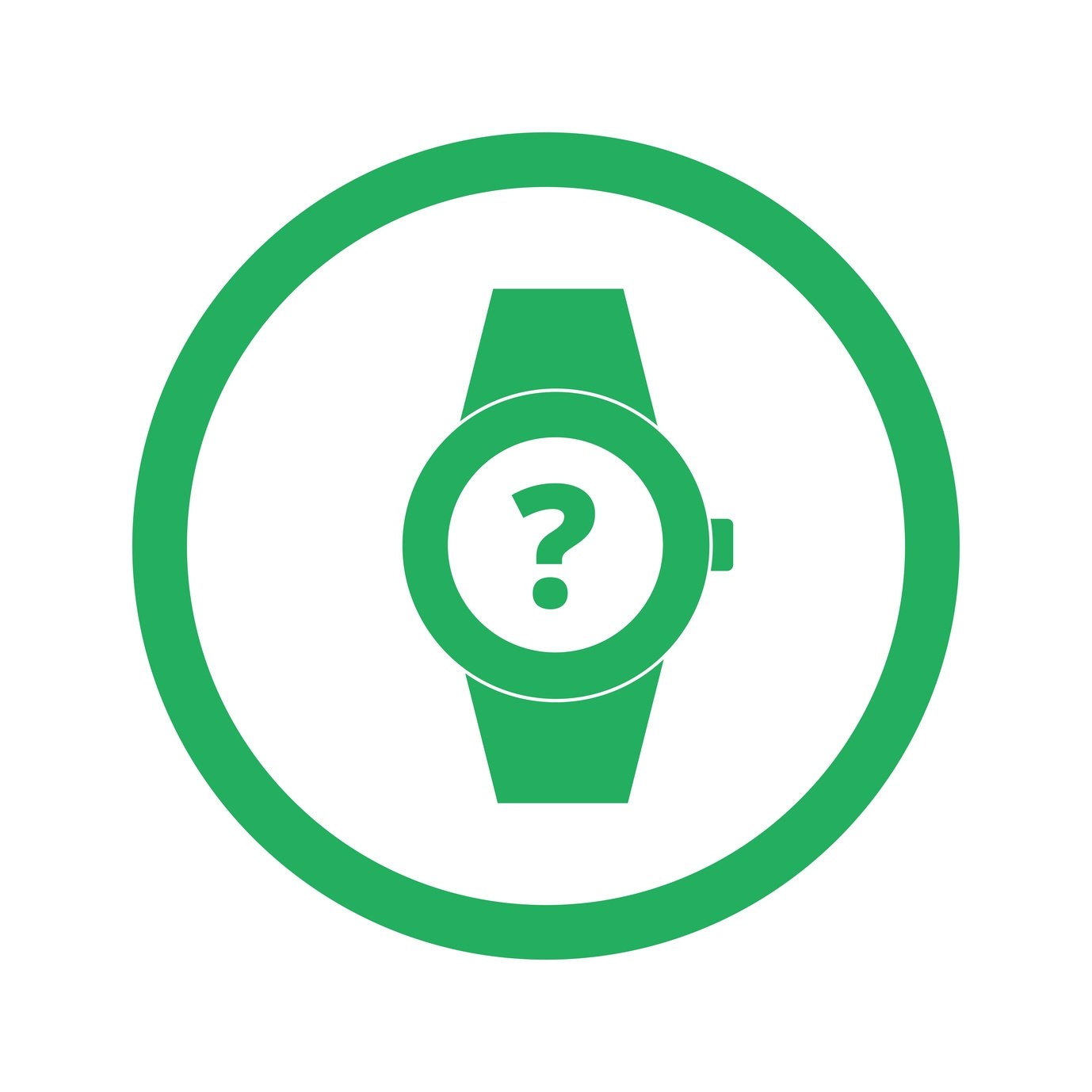 Recently, the Common Application announced that the prompts for the 2016-17 application season will remain the same as last year, and that, instead of waiting for the Aug. 1 open date, current high school juniors can create accounts now that will roll over into the fall admission cycle. This is a big move, as the Common App stands to have some competition from the Coalition App, which plans to launch its “locker” feature soon and new application this summer. But what does this mean for current juniors, who are already under enough college prep pressure that these colleges supposedly want to help alleviate? How early is too early to get started on your college application essays?